Monday Motivation: The evolution of a scene

By Richard Beynon
Posted May 9, 2022
In Monday Motivation, Richard Beynon's blog, Tips for Writers
Monday Motivation: The evolution of a scene2022-05-092022-05-09https://allaboutwritingcourses.com/wp-content/uploads/2016/12/final_logo_small.pngAll About Writing Courseshttps://allaboutwritingcourses.com/wp-content/uploads/2022/05/mmm-800x800-6.png200px200px
0

Scenes can spring unbidden in the writer’s imagination. Or they have to be ground out, element by element. This is the story of the birth and evolution of a single scene, to demonstrate how it can be done, when inspiration doesn’t strike.

I’m picking up a story I started years ago. It has what I believe is a very promising premise – but I’ve never got beyond the opening scenes. I’m going to use you as a sounding board to explore a way forward.

Let me begin by sketching very briefly the scenario.

My character is twelve. Her father is a scriptwriter. Her little brother is a brat. Their mother was an acrobat in a circus until she fell to her death, not from the trapeze, but from a cliff top not far from their house.

For reasons too complicated to describe here, the two children are pitched into a land populated by figures from their father’s imagination. They will earn their return to the real world when they learn to tell their own stories.

Now the problem is: when they find themselves in this imaginary universe, what do they do? For the moment – and perhaps for some time to come – it’s not clear to them that this is an imaginary place. To them, as to all its inhabitants, it is as undeniably real as the days of the week.

So let me borrow a ramshackle barn from my hitchhiking youth. The children find themselves in a barn, on a heap of old straw, surrounded by antiquated farm implements and a tractor one of whose giant tyres has deflated, giving it a distinct list to starboard.

Now, I’m not interested for the moment in the full scene. The key, of course, is its dramatic imperative. The children went to sleep in their beds in the village in which they live with their distracted father. They wake in a barn, the roof of which is speckled with holes. Perhaps a pair of owls has taken possession of the rafters.

The boy – I’ll call him David – wakes before his sister. He gets up, wanders to the door which stands ajar and peers out on onto what appears to be an abandoned farmyard. He can’t make sense of things. He returns to his sister and shakes her awake. She’s grumbly, but as soon as she becomes aware that she’s lying on straw and not a mattress, she springs up, startled. Above them one of the owls hoots. The girl – let’s call her Natalie – recognises it from one of their father’s bird books. It is, appropriately, a barn owl.

I’m beginning to see what that dramatic imperative is: the children are confused, but they don’t panic. They’re puzzled, but not petrified. They decide that their father must have moved them while they were sleeping. This means that he must be about, somewhere.

The boy is hungry. His big sister takes charge. They’re going to find their father, demand to know what game he’s playing, and ask him to get them something to eat.

What else might be present, or could happen, that would enliven this scene, or add a layer of significance? Ah. Perhaps ropes dangle from the rafters, an echo of the circus in which their mother performed. Perhaps, too, there’s an apple tree outside filled with ripe apples. That’ll solve the food problem, for a while at least, to which the children orient themselves.

What can distinguish the children’s response? No respectable writer would have two characters who respond in the same way to a situation. Perhaps Natalie is more cautious than her brother. He’s the brat, right? So perhaps he’s already picked an apple and is munching it when he wakes her. Perhaps she does panic a little – and perhaps her brother reassures her.

Perhaps also, there should be signs of the presence of other humans outside in the yard. It would be good to have the suggestion of the next scene at hand. Could they be accused of trespassing? Might they be hauled off to face the owner of the estate who lives not in the adjoining farmhouse, but in a grand mansion elsewhere on the property?

I think this scene is ready to go.

Thank you for indulging me. 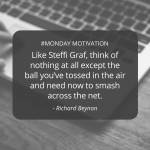 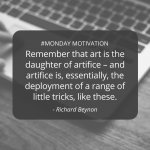