Free webinar: How to use a sense of place in your writing

By Emma Hutton
Posted June 3, 2022
In How to write a book, Invitations, Newsletters, Tips for Writers, Webinars
Free webinar: How to use a sense of place in your writing2022-06-032022-06-02https://allaboutwritingcourses.com/wp-content/uploads/2016/12/final_logo_small.pngAll About Writing Courseshttps://allaboutwritingcourses.com/wp-content/uploads/2022/06/invite_tony_park_jo-anne_richards_1080x1080px-2.jpg200px200px
0

All About Writing, in association with Pan Macmillan, invites you to join Tony Park and Jo-Anne Richards, two novelists from opposite sides of the world, as they meet on the common ground of Africa to talk about the sense of place in their novels. Both writers use and celebrate Africa in different ways, as texture and setting, as plot device and a means to show more about their characters.

A recording will be sent out to everyone who registers.

Our free webinars are specifically and wholly devoted to improving your creative writing skills.

Send us your questions about using place in your writing in advance of the webinar.

Tony Park is the author of 19 novels set in Africa and six non fiction biographies. He’s written at least one novel a year since Far Horizon was released in 2004. Since then he’s spent half his life in Africa – six months of every year living in the African bush where he researches and writes his books – and the remainder of the year in Sydney.

“Since Wilbur Smith in his heyday, no one has written as well about southern Africa as Tony Park.” Crime Review (UK)

Jo-Anne Richards is an internationally published novelist with a PhD in Creative Writing from Wits University. Jo-Anne has published five novels: The Imagined Child, The Innocence of Roast Chicken, My Brother’s Book, Touching the Lighthouse and Sad at the Edges.

Her first novel, The Innocence of Roast Chicken was recently rereleased as part of the prestigious Picador Africa Classics collection. When it first appeared, in 1996, it was nominated for the Impac International Dublin Literary Award and chosen as an “outstanding debut novel” by a British book chain. 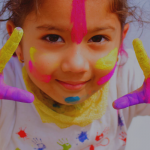 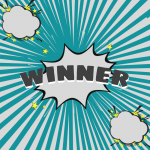