What is the Creative Writing Course?

The course is designed to teach all the skills you need to write a book – fiction or non-fiction – and to get you writing confidently in scenes. 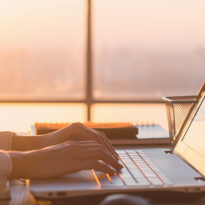 How does the course work?

Story consultant and scriptwriter Richard Beynon has had a long and accomplished career in the film and television industry. He has conceived, shaped and written scores of documentaries, has written over twelve hundred scripts, and has led numerous storytelling teams in devising story for soaps and drama series.

In 2007, Richard and Jo-Anne established All About Writing and have since then advised hundreds of writers on their work. They’ve helped brainstorm stories for both novice and established writers. And they’ve helped reshape and restructure stories at all stages of development. They’ve mentored scores of writers through the writing process – and have won the trust of publishers who frequently call on them for help with both manuscripts and writers.

We’ve seen our students get results time and time again so we’re proud to stand behind our courses. But your satisfaction is important to us, which is why we offer a 21-day refund period (or the option to transfer to a course that suits you better). To be eligible for a refund, you must complete the first two modules of the course, attend the live sessions, and submit the exercises for modules one and two.

What happens if I can't attend the live sessions?

Should anything prevent you from joining the live sessions, we’ll send you the link to watch and listen at your leisure. You are also welcome to submit questions in advance for discussion.

Stories are life-changing – often for the reader, always for the writer.

All About Writing’s Creative Writing Course prepares you for the writing journey.

Over ten modules with extensive feedback at every stage, it trains your eye and hones your craft. (And in the process saves your soul.)

Start today on a journey that’ll last a lifetime.