The course is designed to teach all the skills you need to write a book – fiction or non-fiction – and to get you writing confidently in scenes. 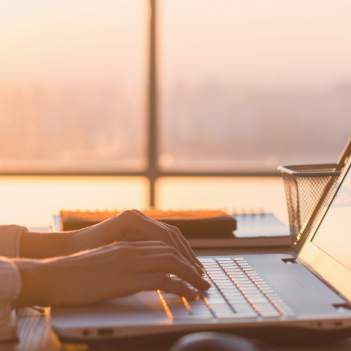 Scriptwriter Richard Beynon has had a long and accomplished career in the film and television industry. He has conceived, shaped and written scores of documentaries, has written over twelve hundred scripts, and has led numerous storytelling teams in devising story for soaps and drama series.

In 2007, Richard and Jo-Anne established All About Writing and have since then advised hundreds of writers on their work. They’ve helped brainstorm stories for both novice and established writers. And they’ve helped reshape and restructure stories at all stages of development. They’ve mentored scores of writers through the writing process – and have won the trust of publishers who frequently call on them for help with both manuscripts and writers.

Learn at your own pace through our online platform

In the company of a supportive group of  fellow writers

One module per week

Written feedback on all assignments

Your facilitators will be available to answer questions at all times

We’ve seen our students get results time and time again so we’re proud to stand behind our courses. But your satisfaction is important to us, which is why we offer a 21-day refund period for our online Creative Writing Course and a 10-day refund period for our virtual Creative Writing Course. To be eligible for a refund, you must complete the first three modules of the course, attend all live sessions, as well as submit all exercises and assignments either in the class or online.

What's the difference between the live and online courses?

The online course means working at your own speed through modules which are released to you over ten weeks – part 1 on Monday and part 2 on Wednesday. Each module contains a smaller exercise and an assignment, and you’ll receive written feedback on both. And as I said, we’re not strict if you fall behind.

The modules contain interesting links and video clips and there are three live webinars during which you can ask questions or clarify points that might have confused you.

The “virtual” version of the course will allow you to learn in real time on Monday and Thursday evenings for five weeks. You’ll have a tutor and a very small class, with whom you can engage and discuss points of interest. You’ll receive full notes the following day that you can keep forever. Every person will receive personal feedback in every class.

Whichever version you choose, this is our flagship course, designed to teach all the skills you need to write a book – fiction or non-fiction – and to get you writing confidently in scenes.