You’re registered for All About Writing’s free creative writing webinar with Matthew Wihelm-Solomon, author of the recently published The Blinded City, and his publisher Andrea Nattrass from Pan Macmillan.

They’ll discuss what it takes to write and publish a non-fiction book from the very first inkling of an idea all the way to publication and will be at your disposal to answer all your writing and publishing-related questions.

A recording will be sent out to everyone who registers.

We look forward to having you with us!

Send us your questions in advance. Subject line: Questions for 28 July webinar. 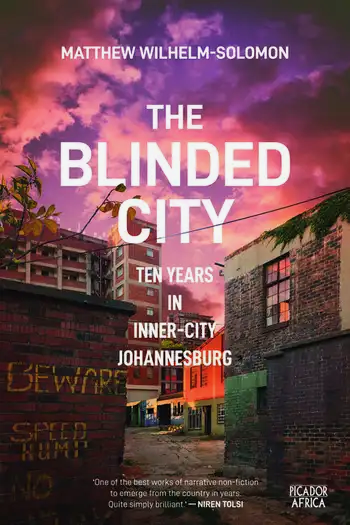 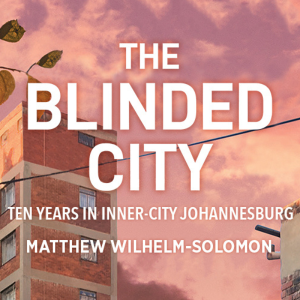 About The Blinded City

One of the best works of narrative non-fiction to emerge from the country in years. Quite simply brilliant.’ – NIREN TOLSI

Amid evictions, raids, killings, the drug trade, and fire, inner-city Johannesburg residents seek safety and a home. A grandmother struggles to keep her granddaughter as she is torn away from her. A mother seeks healing in the wake of her son’s murder. And displaced by the city’s drive for urban regeneration, a group of blind migrants try to carve out an existence. The Blinded City recounts the history of inner-city Johannesburg from 2010 to 2019, primarily from the perspectives of the unlawful occupiers of spaces known as hijacked buildings, bad buildings or dark buildings. Tens of thousands of residents, both South African and foreign national, live in these buildings in dire conditions. This book tells the story of these sites and the court cases around them, which strike at the centre of who has the right to occupy the city. The interwoven narratives present a compelling mosaic of life in post-apartheid Johannesburg, one of the globe’s most infamous and vital cities.