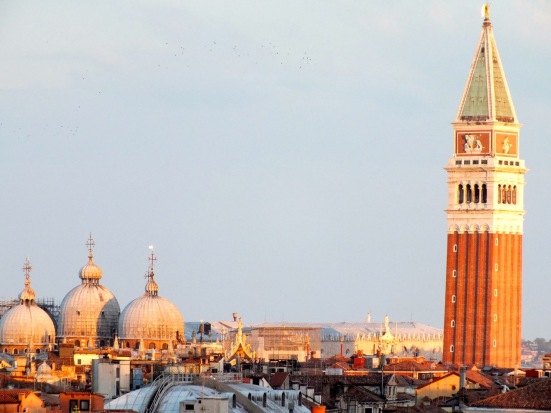 September’s writing challenge is inspired by our recent Venice writing retreat which was a truly inspiring event.

A woman comes to Venice to forget something or someone. It’s her first day. What happens next?

Give yourself up to 250 words to imagine yourself into the shoes and heart of the woman intent on forgetting.

Our winner this month is Corine Rosmarin, for her intriguing story, told with wonderful voice.

We have three runners up: Jeff Meyer, who turned around the idea of romantic Venice and made great use of detail, Lester Walburgh for his mysterious and intriguing story, and Victor Atterbury for the lovely surprise in the ending.

Special mention also to Alma van As for a strong beginning.

Venice is for lovers by Corine Rosmarin

I’m dressed all wrong for this.  I should be looking movie star glamorous– bags colour coordinated, underwear monogrammed, hair sleek, sunglasses reflecting the paparazzi at every turn.  That’s how I was meant to arrive. I stare down at my brown sandals.  No time even for a pedicure.  Then I register the cobbled street and I stand up straighter.  I’m in Venice people.  Bloody Venice. I’m actually here! I feel a bloom of something, like a surge, a shifting of armour. Too soon to call it anything.

The scene ahead looks like a painting – that one on Dr Smaldyk’s wall. The tall dusky coloured buildings with shuttered windows gaze down with blank faces – the canal water below reflecting them symmetrically, poetically.  It seems impossible people actually live in there – loving, crying, laughing, lying, moaning and dreaming – in rooms vast or crowded, with history and ghosts.

A young couple walks by, holding hands. “Can we ride on a gondola, babe?” the woman says, looking up at him.  The man hugs her and muffles an answer in her neck. She laughs. They’ll probably get engaged here I think. They don’t see me.  I pick up my backpack and swing it over my shoulder, wincing at the pain in my wrist.  Still tender, faint fingermarks, blue stained. Never mind.  Dr Small-Dick said it would take time. And I have plenty of that.

The lap-lap from the 20.14 to Giudecca played against the base of the terrace. They had met that afternoon while admiring some Murano tulips in Cannaregio’s Do Maghi,

sighing over the glass masters’ skill, and ended by discussing Ravenna’s legendary mosaics.

‘I know this is a bit forward of me, but would you like to have dinner. I’m at the Rialto. I’m told their moleche is to die for.’

And it was. The chilled Prosecco was also sublime, as was the suggested Moscato that accompanied the biscotti.

Over coffee Anna asked why Venice.

‘Escape, I suppose. Stephen wanted out – someone called Jeremy. Can you believe it? Fourteen years, two kids, and I never knew. Oh, there were times … What about you?’

‘Same reason … different reason. His name was Bill, but we called him Toughie.’

Tentatively, she continued, ‘So tough he was dead before he hit the stage – fell like an oak, breaking his nose, just as he was starting Parmi veder le lagrime.’

‘Rigoletto, if I’m not mistaken. Of course! You’re Anna Di Bari, the mezzo, and he was Gillaume Bouchard. I heard you both, in Norma, in Verona. Stunning!’

Far away a gondolier was doing battle with O sole mio.

A gondola held her discarded shoes. The hem of her gown swept the worn stones. It turned a soft brown and gave the impression of rising from the dirt, as if an extension of it. The waist pinched. With every stride, the underdress tripped her.

Her shoulder carried a fold of taffeta that twisted to a red rose in bloom.

From above, a window creaked. It marked a silence where the pink of the sun at dusk grew on walls and waves lapped the city in rhythmic splashes, emptying bubbles of putrid air. Their caress could be mistaken for love but surely it was a hand that brought both deliverance and death.

The child turned within her as she rounded a corner. Its presence confirmed a terrible ugliness. It held no other purpose than to underscore the beauty of a moment lived.

She rushed down a path where yellow light shone from pools of water.

From the dark a mask floated up to her, its empty face offering a canvas on which to project an emotion. She found its eyes a similar color to hers. But unlike hers, it bore no semblance of thought.

A gloved hand reached out and folded its fingers over her palm. She brushed the porcelain chin with a free hand and with a lift of her heels kissed the cold lips.

Cuddled in orange pith-coloured bedspread folds, I look through the wide open window at the Ponte Di Rialto and it’s opportunistic pedlars setting-up shop. A charming cool breeze subtly enters through the same window and carries the flavours of a rich culture that awakens the throngs-to-be. A siren call of sorts. Soon the canal and narrow graffiti-ridden walkways will be crawling with mesmerised tourists and their captivated senses in this spectacular city. I waste not a minute more and do the necessary beautification and make my way through the hotel and over the bridge. A few minutes later I sit down at Bancogiro. “Matina, Cappuccino per favore” I tell the handsome waiter in the only “Googled” Italian I know. To my left a couple sits with fingers interlocked, deeply gazing at each other. The tranquil setting is the perfect atmosphere for a fresh romance. But could also be the everlasting ember in a decades old relationship, as I’m sure the elderly couple to my immediate right can attest to. The waiter returns and places the cup with saucer and small accompanied pistachio and cranberry biscotti carefully on the table. “No, Grazie” I tell the waiter after he asks a question because I can’t Google Translate that fast.

“I said, you have to be present of mind. You are sitting in Hillbrow prison and it’s going to stay that way until you can give us your supplier!”

Venetian Encounters by Alma van As

Should I leap into the murky waters? No, too theatrical, besides no-one of significance is here to take in my performance. Still, it would cool my burning feet.

A couple floating past in a gondola snuggle closer and I look away. A different movement has distracted me and I focus on the man running towards a speedboat. He leaps in, untying it in one movement, his agility and features impossible to ignore. As he glances over his shoulder, the engine roars submissively while the bow lifts and curves away into a canal.

In his wake a hullabaloo of men follow. One trips over an anchor rope and catapults into another boat. The other lands deftly next to him, but struggles to start the engine. Eventually they disappear into the same channel.

I shrug and leave them to their quest then continue with my walk which must be in circles as the canals look so familiar and I’m convinced I’ve seen these same buildings before, till one catches my eye that I hadn’t noticed. This one’s architecture is more prominent. I’m sure I haven’t seen it before and stop to admire it, whilst I totter on one leg and rub the other foot.

The door opens. A man steps outside. Our eyes lock. He tilts his head and heads towards me. He looks familiar. Ah, the man who’s features and nimbleness caught my attention. He is alone. Before I can protest, he takes my elbow firmly and steers me away.

Instagram
Win a literary assessment on 5000 words of your wr