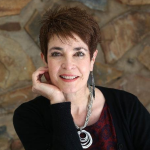 Jo-Anne is an internationally published novelist with a PhD in Creative Writing from Wits University. Jo-Anne has published five novels: The Imagined Child, The Innocence of Roast Chicken, My Brother’s Book,  Touching the Lighthouse and Sad at the Edges.

Her first novel, The Innocence of Roast Chicken is being rereleased in 2019, as part of the Picador Africa Classics collection. When it first appeared, in 1996, it was nominated for the Impac International Dublin Literary Award and chosen as an “outstanding debut novel” by a British book chain.

Jo-Anne has published short stories in six collections and convened the judging panel for the Thomas Pringle Short Story Award in 2010.

Jo-Anne ran the Honours programme in Journalism & Media Studies at Wits University for fifteen years. She has supervised Creative Writing Masters students at Wits and UCT, and acted as examiner for both programmes. 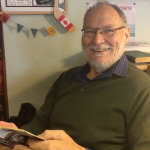 Richard is a story consultant and an award-winning film and television scriptwriter with a long and accomplished career.

A former journalist  for the Rand Daily Mail, he has conceived, shaped and written scores of documentaries.

Richard has written for – or headed the writing teams of – many of country’s most popular soaps from Isidingo to Scandal and S’gudi S’naysi.

He managed the writing team at Isidingo for three years, as well as contributing over three hundred scripts to the series.

He is currently part of the writing team on the daily drama, Isibaya.

Richard has lectured on writing for film and television at Wits. He has won numerous awards for his work specifically in comedy, soap and children’s drama. 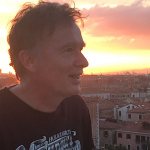 Fred is a Dutch writer/journalist, who moved to South Africa in 2003 to do research for a biography of Johannesburg Beat poet Sinclair Beiels. Earlier he wrote Respect! (with Toine Heijmans), about hip-hop in Europe. In 2006 he published Club Risiko, a look at 80s underground music in six cities.

He wrote about his travels for The Sunday Times and Sunday Independent, and taught travel writing as a guest lecturer at Wits. He had an interview column for The Weekender, which were collected in The Fred de Vries Interviews; From Abdullah to Zille. In 2012 he wrote a book about the post-1994 fate of the Afrikaners, called Afrikaners, volk op drift, translated into Afrikaans as Rigtingbedonnerd.

That same year he published Gehavende Stad with Erik Brus, an overview of 50 years of literature and music in Rotterdam. Afrikaners, volk op drift was nominated for Best Journalism Book and Best Travel Book in 2013. Michele, co-designer and facilitator of Screenwriting Crash Course and Kickstart Your Screenplay, is a South African scriptwriter who has worked primarily as a head writer and story originator for television and film.

Projects she has worked on have been nominated for or won various awards, including an Oscar documentary and International Emmy nomination. She has published two novels: What Hidden Lies and Hour of Darkness

She attended the National School of the Arts in Johannesburg, and has a Master’s Degree in Creative Writing from the University of Cape Town.

Michele was a founder member of Free Film Makers, an anti-apartheid group of filmmakers, directors and actors who created acclaimed independent documentaries and dramas. From there she moved into documentary film chiefly as a researcher, scriptwriter and film archivist, before graduating to writing and directing drama.

At present she works as a script editor, teaches screenwriting and is completing her third novel for Penguin.