Monday Motivation: A choice between what’s bad and what’s terrible

By Richard Beynon
Posted September 19, 2016
In Monday Motivation, The secrets behind the practice of good writing, Tips for Writers
Monday Motivation: A choice between what’s bad and what’s terrible2016-09-192017-01-22https://allaboutwritingcourses.com/wp-content/uploads/2016/12/final_logo_small.pngAll About Writing Courseshttps://allaboutwritingcourses.com/wp-content/uploads/2017/01/19-september.png200px200px
0

We understand that conflict lies at the heart of all drama – that the tension between what your protagonist wants and what stands in the way of his satisfying that desire is what drives all stories.

I’ve been thinking, though, about how the protagonist’s choices fit into that matrix. My thoughts were prompted by my re-reading of Don Winslow’s classic tale of the Mexican narcotraficantes of the ’70s, ’80s and ’90s, The Power of the Dog.

The story is a complex one – but suffice it to say that one major strand traces the obsession of a member of the Drug Enforcement Agency, a man called Art Keller, to bring down the head of one of the Mexican cartels, Adan Barrera. What makes Winslow’s book much more than a conventional drug-dealers-vs-cops thriller are all the moral ambiguities with which he confronts his protagonist.

The story begins when Keller unwittingly helps the Barrera family take control of Mexico’s narcotrafico. He feels like an accomplice, a useful idiot, and his mission to bring down the Barreras is given added impetus.

In time he learns that the US Government, including elements of the various law enforcement agencies, are themselves more or less complicit in the murky business of smuggling drugs into the country. He learns that the so-called war on drugs, declared by Nixon in the early 1970s, is used as convenient cover for the US onslaught on communism in Central and South America. The CIA’s well-documented involvement in cocaine smuggling – the proceeds of which were used to buy arms for mercenary groups fighting democratically elected, communist-aligned governments – is central to his story.

Keller finds himself forced into deeply compromised and compromising situations. He feels responsible for the deaths of innocents murdered in retaliation for his own campaign to apprehend Barrera.

It’s a complex and absorbing and violent and sexy novel. Its power ultimately rests on Winslow’s recognition that it is the moral choices a man makes that tell us who he really is.

Art Keller is confronted constantly with choices between what’s bad and what’s terrible, between what might just yield a possibly positive outcome, but at a very high cost, and what is apparently good in itself but is likely to have little effect in the real world.

It was Kurt Vonnegut who advised writers to put their characters through hell. Fair enough. But if you really want to show what your characters are made of then I’d follow Winslow’s example and give your protagonist difficult moral choices, and then track him dealing with the consequences of those choices.

Art Keller for instance contrives to convince his narcotraficante antagonist that a vicious hit man in his employ is the snitch who’s been betraying his master. Keller knows this will result in the execution of the hit man. Does this make him an accomplice in the murder? It does. What Keller doesn’t foresee is that in addition to killing the hit man, Adan Barrera also orders the slaughter of his entire family, including both children and a baby.

No wonder Keller sometimes feels he’s trapped in a hell of his own devising. 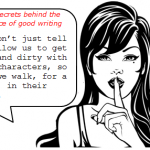 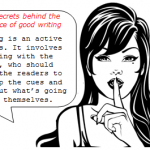