Writing a novel – A mentee’s experience

Eight or so months ago I thought to myself somewhat naively that I wanted to try and write a novel. I am passionate about writing and had spent a few years casually writing the odd short story and some poetry.  I met Jo-Anne and Richard a year and a half ago on a weekend writing course that they ran, then I went on the formal Allaboutwriting creative writing course and completed a 30 day writing workout. And so a novel beckoned and seemed like the natural next step. Albeit an intimidating one.

I didn’t realise that what I was doing was opening up a box full of magical and life altering experiences. I am not even sure I can adequately express what has since happened. But I’ll try.

I remember the moment sitting in front of the fire at home last year thinking about nothing in particular when all of a sudden a story idea arrived in my mind. Maybe it saw me sitting there and was looking for a home? From where it came I have no idea. I spent the next month or two allowing it to brew inside me.

For some unfathomable reason I was drawn to two protagonists. An older Afrikaans farmer and a young Xhosa student studying at Stellenbosch University. Both of these characters meant stepping completely out of my English speaking background comfort zone. My main setting for the novel that also came from who knows where was Calvinia in the Northern Cape. And of course Stellenbosch University. The chosen year was 1998 because I wanted it to backdrop a time of huge change and uncertainty in our country. A time when we all had to learn more about each other.  Perhaps this was metaphorically mirroring the changes about to take place in my own life as I ventured forth with the novel. I then signed up for the Allaboutwriting mentoring programme and set sail with chapter one.

I was literally all at sea to start and made heaps of mistakes – I still do. That is something I also have had to learn. Sometimes the hard way. However I was able to lean heavily on my extra-ordinarily competent mentors. Without them it would have been mission impossible. I have also got some incredibly supportive fellow writers who helped me enormously.

Eventually I began to find my sea foal legs somewhat. I kind of knew the general trajectory of the story but I had no idea of the journey’s exact path. Quite literally the story took on a life of its own. I felt I was simply the hand holding the pen. Each time I sat down to write I had little clue what was going to appear on the page. The Muse who had been sitting patiently inside me, my whole life had appeared like a genie out the bottle. He was exhilarated to be free. Maybe like Mandela he had undergone a long walk to freedom. Now he whispers in my ear all the time, every day. I feel like I am having a secret love affair and that I’m always looking for a time to escape away for a clandestine rendezvous. And so while the trajectory has more or less remained the same, I have gone down side roads and met characters who I had no idea would appear.

I love reading but all of a sudden I was the author. I could decide on what happens next. And each time I sat down I entered my new world. A world of wonder. I could create people out of nothing. I could go places I’d never been before. Drive cars I’d always wanted to. Paint my own sunsets. Even kick a bully in the teeth. I had created a parallel life to my own. A life I could enter as and when I liked. Even when sitting in the traffic or at night before dropping off to sleep. The Muse and I had become deep friends, maybe brothers. Maybe lovers?

I started to learn more about myself. I started to understand why I did certain things and reacted in certain ways. Sometimes it wasn’t a pretty picture. I could even see what would happen if I tweaked things. I could give my characters aspects of myself. I could transfer parts of my friends onto my characters. Even my enemies.

And then it dawned on me why I’d chosen main characters so removed from myself. I started to deeply understand the Afrikaans and Xhosa people in a way that I’d never appreciated before. Appreciate their culture, their history, their qualities, their creativeness, their fears. To meet them authentically and say: “I know you, I see you, I hear you, and as soppy as it sounds to say “I love you.” I have an Afrikaans brother-in-law who I’ve never particularly liked and judged him from my “superior” English vantage point. Our relationship is changing and now he is becoming the brother and uncle to my son I’d always hoped for. He turned around to my wife (his sister) the other day and said “Somethings changed? Clive has changed.” And it’s all because I’ve changed my perspective. Changed the lenses on my one dimensional spectacles.

I have visited the most awesome place, Calvinia. A place of natural breath-taking beauty. I have been taken in by the people of Calvinia and welcomed with a hospitality that is beyond anything I’ve ever known. And it’s because I “see” them now. I don’t judge them any longer. I have met my Afrikaans farmer and we have spoken (for three hours). He is Ben (my main protagonist) but then so am I. We became one person that day. He helped me to see myself and to see him and all the Afrikaaners. Ben my main character has fought a battle within to find his way in the new SA. He has fought without and within. I am Ben.

Things have happened on this journey. Magical things. I have opened myself up and the Universe has responded. People, events, and information have arrived before me. Presented to me like a gift.

The Universe has spoken. Acknowledged me in a way that has been humbling. I feel I am paying attention and there is a reward for that.

The actual tools to write and express my creative other-self have been provided to me by the most gifted mentors.

It may seem bizarre to anyone that I’m writing this before having completed my novel. But that is the point really. I am saying this whether the novel has any so called commercial success or simply remains inside my cupboard. Inside my soul. The real profound success of this journey is already there for me to see. It has changed my life. It has opened me up and shown me glimpses of something far greater than anything I could have imagined when I started this journey.

I could carry on and on but I’ll stop there,

The Mentoring Programme will help you start and finish your book or screenplay. Suitable for anyone who has completed a substantial writing course.

January Mentoring Programme applications  must be in by end November. 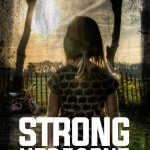 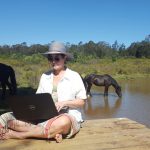