You’ve got to the end of a journey – literal or metaphorical – and what you discover there is very different from what you anticipated. Write a scene of no more than 250 words telling us of your surprise/disappointment/exultation.

It was a close-run thing, but in the end, we decided the prize had to go to Kristy-Anne Carlisle for her subtle expression of a marriage in trouble, without any superfluous explanation.

A close runner-up is Jane Butters for her story, which is funny and clever and makes good use of the details of the environment to show her character’s state of mind. Great last line.

Other stories worth an honourable mention were written by Mischa Ruby Fisher and Judy Woodburne, for their use of specific detail, and Anton Roodt for his restraint and his unexplained assumptions. We were interested to see that two writers used birth as the journey. See how differently Janet Lopez and Pamela Williams handled it.

You were already there when I arrived.  The light was coming from the window behind you which meant that I couldn’t see you clearly but I hesitated so that I could trace the shape of you with my eyes.  It had been a while.  You looked up from your phone and saw me before I was ready for you; before I’d had a chance to become bold and blasé.  But you smiled your usual smile.

“Hello, Kay,” you said in that mock sarcastic tone you saved for me.

I looked for outward signs that you’d been altered by my absence but there was nothing to suggest anything.  You sat in the chair opposite me and stretched out your legs.  They interfered with my space.  I knew that I couldn’t tell you how vacant I’d felt without you or how the house seemed too empty.  This was just a chance to catch up, like old friends, so we could say goodbye forever and I’d finally forget you.  While the light faded we smiled and made small talk and I kept wondering why I didn’t feel more.  I had been waiting to be consumed with angst or anger or even undying love but instead it was as if my heart really had faltered without you there to keep it going.  Suddenly, I wanted to leave before you asked about my mother but then, without warning, you said the words I thought I’d never hear, “I think we should make this work.”

The day was dull as she slouched in front of her computer like a large, wilted leaf. She scrolled through the blah-blah news of the day, her eyes hardly focussing. There were footsteps on the carpet behind her and her daughter’s tentative voice: ‘Mom, can we talk?’

The leaf straightened deliberately, watered with shots of adrenalin. A thousand scenarios ricocheted through her brain in the instant that it took for her to plaster a serene smile on her face, turn around and say ‘Yes, my darling, what is it?’

‘I don’t know where to start.’

‘That’s OK sweetie. You can tell me.’

‘I’m a bit nervous about this.’

She’s decided to drop out of university.  Or, she’s already dropped out, and has eloped and got married.  And I don’t even like the boy.

Oh no, she’s ill. Something really bad. Just tell me before my head explodes.

In the corner of the room, a small spider hangs from its dragline. Fine threads of liquid silk harden instantly as they hit the air, twisting together and keeping her suspended under the influence of gravity.

Silence as she holds her daughter’s gaze, her false smile not quite reaching her eyes.

The leaf resumes the wilt position and the tiny spider scuttles up its lifeline to the safety of its upside-down web.

She had asked him to drive her car. She didn’t like doing long distances. I didn’t mind. I liked being in the passenger seat while my newly acquired boyfriend drove. It was mid morning by the time we left the venue. We were happy and sleepy and satisfied with the large breakfast we’d shared with the remaining guests. I put on the Beatles. We were alone, but for the sleeping bridesmaid in the back. Good enough. The wedding had been great, apart from a few minor details. I had forgotten to take my Capo down to the beach for the song I’d be playing and declined to dance with my cousin in favour of watching the sunset. Things are different when you’re eighteen. You look forward to long summer holidays and itch for the independence university offers, just around the corner. You get consumed by the thought of a moment alone with an attractive member of the opposite sex. I didn’t expect him to lose control of the car. I didn’t know how quickly an accident could happen. The car rolled three times, stopping against a barbed wire fence on the side of the West Coast road. We were lucky to have survived, even more so to be completely in tact, but for three minor concussions and a couple of shallow cuts from the car windows. His mom ran to hug me. Mine didn’t. Insurance didn’t cover a second driver or roadside assistance. It was a long summer holiday, indeed.

Amp feedback howls across the already deafening thunder of fans and I shake the hair out of my eyes to glare at drummer, Sticks, who’s unrepentant. He’s attempting to drop the overall volume so we can begin our ABF set.

I glug water, emptying the rest over my head to cool down, laughing and sharing a moment with several copycats.

Lead guitar, Knowles, duplicates the howl and I roar the opening bars of Snow Day in Hell. Everybody sings and, from the edge of the stage to top of the seating, I see jumping, dancing humanity.

Then Trip on sax shouts, “This is it, Jay, one last time.” We start with the wistful notes only Trip can produce, fading away with the lights dimming to utter darkness.

I begin Powerless, my voice, suddenly, the only sound.

“It’s time take back the power,” I whisper across a void lit by moving, swaying stars. The number builds to lasers strobing lightening, triggering an explosion of sound and pyro. So much passion and joy.

The sun is rising when we return. The ground crew have, as requested, left the stage intact and, just for us, we pound out,This life; celebrating the end of an 18-month tour.

Knowles and Tripp are heading for Everest, I’m saving whales and Sticks is surfing Bondi. “See you in two years,” I remind them amid hugs. “Two,” they yell and we’re gone.

I have been at a loss for words for seven years and six days.

Most days I stare at the white screen and the blinking cursor. Seeking inspiration, I travel from my desk in the newsroom up the vertical labyrinth of twenty-two flights to the roof of the building. Step up, step up, landing;  step up, step up, turning, circling the elusive centre. As always, the words lodge, shrink-wrapped inside my skull.

At step 401 I put on my oxygen mask. My breath eases. The level of carbon dioxide outside renders normal breathing virtually impossible. From the cluttered rooftop the oily black clouds looming over the city appear more menacing than yesterday.

At my feet there is a white feather. I bend. And there she is.  At the roof ‘s edge.  A pale white slip of a girl. The swirling wind ruffles her large wings as she strides towards me. I gag on the foul air as I remove the mask.

She touches me. “Will you write something for me?” she asks quietly. Her hand is as cool as Italian carrara.

I am at a loss for words.

“The world will end on Sunday. I am sure you will find the right words.”  She smiles, turns and is swallowed by the heavy, inky clouds.

I race down the stairs to my desk.

“This is the end, beautiful friend …”.

A sense of profound unease flooded through me.  My long sojourn in comforting warmth seemed suddenly at risk.  The hammer beats of my heart made me shrink back into myself, seeking to retreat into my familiar harmonious world of darkness.

Then, inexplicably, I felt myself starting to move, slowly at first, then with gathering momentum.  My mind struggled to grasp the sudden changes in my world.  All the comforting certainties of the past were violently ripped from me.  Subtle changes in my environment became apparent.  Even the quality of the familiar, muffled sounds started to change – they were no longer comforting and rhythmical – they became harsher, more discordant.

A sensation of growing terror gripped me and my whole body felt painfully compressed.  My heartbeat ratcheted up further in the dark unending tunnel with no sign of freedom ahead.  Would this trauma never end?

Suddenly, a blinding burst of light, an assault of cold air and blissful release from the confines of my long and arduous journey.

An unfamiliar deep voice rang out in the momentary silence that had fallen.  “Yes – yes – it’s a girl.  She’s wonderful.  Welcome little one – my darling – you’ve arrived safely at last!”

I felt my heartbeat beginning to steady as I flailed my arms and legs in the sudden miracle of freedom, seized by a flash of absolute joy.  My journey after all had been a success.

There is an inevitability about this dream journey. After months of seclusion, of growth, of development as a person, I feel as though I am now being propelled head-first through a dark narrow tunnel. Sensing that there is an urgency about reaching my destination, I experience alternating spurts of forward movement, of rest.

Suddenly I am thrust out into the light, dreaming no longer. Feel separate. Someone slaps me and I cry out in a language universally understood, ‘I am here! I have arrived!’

Gentle hands wipe my face, my closed eyes. Wash my travel-stained body. Wrap me in a blanket. Through flickering lids I sense brightness, sense movement, the movements of the old woman bending over me, the one who has been in attendance at my birth.

‘Ke moshenyana, moshenyana ya motle!’ ‘A boy, a beautiful boy,’ she shouts through an open doorway.

From the room next door comes first a single joyful shout, then sounds of rejoicing – rich laughter, raised voices. Rejoicing because I have come?

And now arms enfold me and I am held tightly against my mother’s soft warm body, against her breast. Twilight memories, lingering expectations, dissipate as I accept that this is who I am meant to be . . . this time round.

As I fall asleep I begin to dream again, a quiet contented dream. And wonder, as I drift off, whether I have reached the end of a journey or am at the beginning of a new one. 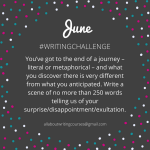 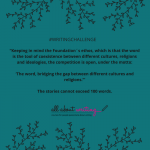