On 1 November our new crash course in Screenwriting for film and television gets under way. It matches your curiosity about the visual media with a handful of key skills that’ll deepen your understanding, and open the door to an entire world of possibility.

Writing scripts is not easy. Many of the challenges are technical. But we can help you, whether the problem you face has to do with thinking visually or writing dialogue – whether it’s about generating ideas, or turning an idea into a kick-ass scene.

And if you’re driven simply by a desire to appreciate more deeply this most compelling of modern art forms, then the course will give you that, too.

We’ve called it a crash course because you’ll be driven through two modules a week for five weeks. Our carefully calibrated notes will introduce you to one essential aspect of the craft at a time – and culminate with an assignment that will bed down your new understanding. Your two course facilitators will give you comprehensive feedback on every assignment.

Those facilitators are two of the most experienced writers in the country. Michéle Rowe has written scores of television and film scripts, and more recently has turned her hand to writing crime fiction – and has already scored awards in this fresh field. Richard Beynon, past head writer of local soaps Isidingo, Scandal and Isibaya, has written hundreds of scripts for television, and a number of screenplays, one of which received Emmy nominations for performances by Michael Caine and Sydney Poitier.

The cost: R6000 – although we’re offering a special of ten percent off if you sign up and pay in full in advance. You’ll pay only R5400. Payment plan also available – pay in three monthly tranches of R2000.

And, as the man said, that’s not all: anyone who signs up before the witching hour on October 31, will get a copy of Syd Field’s iconic manual on screenwriting, Screenplay.

Click here for more detailed information on the Crash Course in Screenwriting, or to sign up. If you have any questions, or you’d like to take advantage of the payment plan, please email us to discuss. 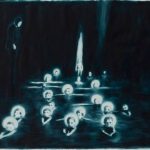 Daydream your way to great ideas for your movieScreenwriting courses, Tips for Writers 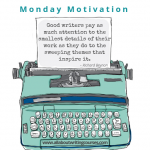