Announcing the winners of our February/March writing challenge

By Jo-Anne Richards
Posted April 7, 2019
In Writing Challenge
Announcing the winners of our February/March writing challenge2019-04-072019-04-07https://allaboutwritingcourses.com/wp-content/uploads/2016/12/final_logo_small.pngAll About Writing Courseshttps://allaboutwritingcourses.com/wp-content/uploads/2019/04/copy-of-challenge.png200px200px
0

Remember our February/March writing challenge? We imagined that someone in his or her final year of school is tempted to forego the path laid out by a parent and instead join the circus. The tempter (or temptress) is the slightly older boy or girlfriend of the student…

The winner is Sarah Stacey, for her light-hearted scene in which the hint of adventure and rebellion seems just enough to draw her studious protagonist off the rails and onto the highwire.

Congratulations, Sarah – you win a literary assessment of 5000 words of writing worth R 2750 or a voucher to the same value to use on one (or more) of our courses or programmes.

Commendations to the runners up; or, to be more specific…

To Mitzi Bunce, for her scene distinguished by its clarity, and its subtle suggestion that the protagonist is not yet ready to give up the comforts of home.

To Wisani Shibambu, which, despite a little unnecessary exposition, makes such good (and unexpected) use of a washboard that we couldn’t resist putting it on the runners-up podium.

To Liz Lewis, for the energy and sexiness of the dialogue (pity about the inconsistent perspective – but we’ll forgive that for all the scene’s virtues!)

And to Mark Varder for her scene filled with fantastical possibilities – a scene which reminded me strongly of that extraordinary book, The Night Circus.

Anne looked up from her recipe with a little burst of laughter. “What?”

She cracked an egg into a bowl, paused to retrieve a shard of shell. “What even is a circus these days?”

“What do you mean, what’s a circus? It’s like Cirque du Soleil. Trapeze, fire throwing and stuff,” he said, twirling his hands. “Acrobatics, you know.”

He caught the saltcellar just as it flew off the counter.

She started to whisk, frowning at him. “Dave, you can barely tie your shoes without falling over. You’ll die.”

He shrugged with a smile. “Ja, probably true. So you should come with me. You can patch me up when I crash into things.”

“Or when you set yourself on fire? That sounds amazing. I’d love that.” She rolled her eyes at him, carefully stirred in flour and then chocolate chips. “And, obviously, I’ve spent months in my bedroom swotting first aid for clowns…”

Dave rounded the island and folded his arms around her. He snuck one hand into the bowl to steal a fingerful of cookie dough. Anne smacked his hand away.

“How much do you think my dad’ll freak out when I tell him I’m joining the circus with my boyfriend? Because that’s what grown-ups do.”

“Oh, come on, and how many times have you said you don’t want to turn into a little dad-lawyer clone?” He looked at her with triumph. “Clone? Clown?” he said, weighing the options with his hands, “Is it even a choice?”

“Yes, the circus. What’s so funny about that?”

“Well, running away to the circus makes me feel like a character in an old novel.”

It was Ben’s turn to laugh.

“Oh, Ava, that’s why you have to come. You’ve only ever lived with your head in a book. It’s time to experience real life.”

Ava pulled her sheep dog, Tammy, closer. The thought of leaving her was too much to bear.

“I’ve travelled. I’ve been to London and New York.”

Ben did a backflip, landing on the lawn with prefect posture, hands in the air.

“Sure, but that was with your family. Your parents organized everything for you.”

Tammy whined and snuggled closer, as if she sensed what was being discussed. Ava rubbed her silky ears.

Ben slipped into the splits with ease.

“I don’t know, Ben, my dad really wants me to become a lawyer. He keeps talking about how we could open a practice together.”

Ben propelled himself up into a handstand; blood flooding his face. He walked himself over to Ava, feet waggling slightly, and smiled cheekily.

“Yes, your dad wants you to become a lawyer, but what do you want?”

Ava could never resist his dimples. She gave him an upside-down kiss.

Ben settled with his head in Ava’s lap.

Ava glanced at her iPhone.

“Hmm, do you think the circus will have Wi-Fi?”

The laws of circus games

“Come on Ikey, just join me. What do you have to lose?” Ikey looked at her, trying to ignore her annoying insisting. “They have lawyers at the circus you know, lawyers that look after the animals; you could be an animal lawyer.” Ikey continued washing the family’s clothes ignoring Sarasi as she spoke. He knew that if the clothes weren’t washed by the time his mother came home there would be trouble.

He found himself trying to please his mom more, the older he got. Somehow he felt he was never good enough, so he figured law school could be his saving grace. He would be able to buy her a big house and do the things that his father was supposed to do had he not left them and married his mother’s very own sister.

The brown washing board was wet and beginning to get a slimy texture, Ikey repeated the action up and down, putting each item of clothing over his hand and using his body weight to rub the items against the washing board to clean them. Washing clothes made him grateful that he only had a few clothes.

It was an entire workout, even for his skin that felt like it was thinning each time he did the washing. Somehow it was also a time he enjoyed. Now here she was talking about a circus, was this not circus enough for her?

Jesus… it drove him mad when she rubbed his thighs like this.

“I’m gonna do it. I swear. I’m so not going back on this.” Roxy’s lips were soft and a little salty from the chips. Her legs tangled him all up. What a babe! How those dickheads always eye-banged her. His babe.

“And what I said, it stands. You must be my partner… It’s super solid, Jay.”

“But hey… check this.” Jason wriggled sideways and dug between the jumble of papers on the bed. He found the letter.

C’mon baby, only lank few people get accepted. Not just anyone.”

“So, there’s money in it. I mean Rox, how’m I actually supposed to get cash for our training and everything?”

Her nails hurt. “You mustn’t worry, ok? I’ll sort you a job at the bar. Plus …” Her boobs pressed hard against his chest. “…we’ll be sharing digs.”

“I rate my old man will disinherit me. And, Rox, what if I suck? I don’t wanna end up being a clown!” The giggle just popped out.

“Seriously? You get this straight, Jay, totally.” She was properly pissed.

“Le Cirque does not have fucking clowns. It has acrobats. Artistes, like me. I’ll do all the work. You? You catch. I need a super strong, crazy hot guy to catch me…”

Her hands crept further up his thigh. “Ok?”

“Joel, what are you doing there?”

Julia has looked up from the book on her desk. Joel is upside down in the window, his hands locked on a rope, his legs twined around it above him.

“Come away with me,” he says, the candlelight flickering on his face.

Joel has descended, perhaps from the battlements of the tower, and, with a grace she can’t help but admire, he lowers his legs so that he is crouched on her window sill.

“Joel, you know how important my studies are.”

“Yes, to your father. What page are you on?”

“That’s easy to remember. You can always come back to it.”

Julia finds herself pushing her chair away from the desk.

“In the cupboard behind you.”

“My father’s legal gowns are in there.”

But she opens the cupboard and an emerald green outfit shimmers in front of her. And beneath it, a pair of sequinned boots.

She turns to show Joel, holding the dress against her body.

“Perfect for the trapeze.”

“But how am I going to escape? You know my father keeps the door locked until my studies finish at 9.”

“Through this window, silly.”

And with that the bars on the window shatter like icicles.

Julia takes the ribbon out of her ponytail. 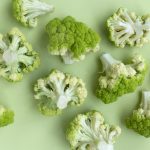 Enter our June/July Flash Fiction Challenge for a literary assessment or a voucherWriting Challenge
Loading Comments...