Behind every great story is a great idea. Trouble is, great ideas are not low-hanging fruit. They’re not the sort of things that occur to you every day while you’re brushing your pearlies. But if really good – if not great – ideas are essential to a writer, then what can you do to increase the frequency with which they pop into your head?

Linus Pauling, the double Nobel Prize-winning physicist, had a simple answer to this conundrum. “The best way to have a good idea,” he said, “is to have lots of ideas.”

But doesn’t that just compound the problem? First you tell us: great ideas don’t grow on trees – then you say, have as many of them as possible.

But actually, that’s not quite what Pauling was advocating. Read his advice again: “Have lots of ideas,” he said – not “great ideas”, just, “ideas”.

It’s really about cultivating a habit of mind, and asking a very particular question more often than is altogether sane. The question, of course, as I’ve said before, is: “What if…?”

So, you’re leaning over your basin gargling mouthwash. The sun is beating on the floor and reflecting up into the mirror before you. You ask: What if a madman or a psychopath managed to inject a particularly virulent poison into toothpaste tubes… And then demanded a ransom in return for identifying which batches contained the poison…?

Or you’re eating your bacon and eggs at breakfast and you ask: What if the various additives and preservatives that have been added to our food have accumulated in our systems to such an extent that a massive die-off of humanity starts to take place – and only vegans survive?

Or what if… Well you get the idea. But the power of today’s piece of advice lies not so much in the what-if question, as in the frequency with which you ask it. The vast majority of your ideas might be absolute crap – but sometimes, just sometimes, an idea will sparkle with potential… Or, more likely, a bad idea matched with another bad idea will give rise to a third idea that isn’t half bad.

What’s almost certain is that your first idea will not be your best idea. To imagine that it is, is to assume that there are only a certain number of ideas in the universe, and that you should snatch at the first that presents itself because you might not be so lucky again.

That is a mistaken notion.

There are, in fact, a virtually infinite number of ideas out there, swirling about in the cosmos of our imaginations – a veritable galaxy of ideas of every possible size and quality – and then some. So prepare yourself:  buy a little book and start noting down each small idea that occurs, as it occurs, in answer to your ever-ready what-if questions.

And before you know it, you’ll have a stock of nascent stories so varied and so multifarious that you simply won’t know where to begin.

That’s a bit like the problem of earning too much and having to pay tax on it. Better to have that problem than not, right?

Read Jo-Anne’s latest blog: ‘Writing Secrets: The one core ingredient for being a writer‘

Today on the blog. Research isn’t limited to non

What can you do for your writing? Read. Link in b 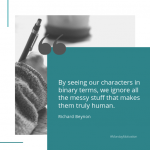 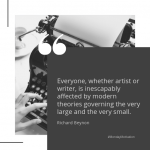