Monday Motivation: Like all foundations, it must be concealed

In 1953, a writer submitted a dog-eared manuscript to Faber and Faber. It was the seventh publisher he’d approached and he was not optimistic that it would be taken up.

The writer was by all accounts a bad schoolteacher who had, as a university graduate twenty years before, published a volume of poetry which sank more or less without trace. More recently he’d written three novels, none of which had been accepted by any of the many publishers he’d sent them to. This one appeared to be about to get the same treatment.

Faber’s reader wrote a cursory note and tossed the MS on the reject pile. This is what her note said:

“Time: the Future. Absurd & uninteresting fantasy about the explosion of an atom bomb on the colonies. A group of children who land in jungle country near New Guinea. Rubbish & dull. Pointless. Reject.”

In fact, the MS ended up by being published by Faber and Faber, and has, over the 65 or so years since, sold over 25 000 000 copies. The writer went on to win the Booker Prize and the ultimate accolade, the Nobel Prize.

The story of this astonishing reversal was told in a BBC radio documentary recently. I’m going to borrow from it because it highlights above all else, in my view, a singularly important lesson for writers of all stamps.

So let’s go back to the Reject pile. That evening, by chance, a new editor at the publisher, a young man called Charles Monteith took it away to read. “I was,” he wrote in his own memoirs, “after the first dozen or so pages inclined, like so many other readers before me, to abandon it… As I read on, I found that reluctantly I was not merely interested but totally gripped.”

He wrote to the writer and suggested they meet to discuss possible changes. The writer, eager as a greyhound on a leash, accepted the invitation at once.

Now, the writer was William Golding, and the manuscript Lord of the Flies – although at that time it was provisionally titled Strangers from within. That first draft was a religious allegory. One of the characters was a thinly disguised Christ-figure.

Over the course of the following months, Monteith insisted that a series of massive changes be made to the novel. He wanted the religiosity cut out. He wanted any obvious semaphoring of thematic messaging removed. He wanted the original introduction entirely amputated. Generally speaking, he wanted things “toned down”. He complained that Golding tended “to make points rather too directly”.

After all, Monteith wrote, “the allegory is the imaginative foundation and like all foundations is there to be concealed.”

And so Golding diligently went about the business of erasing all the signs of his foundations. He removed the religiosity. He “toned things down”. He cut out the beginning.

All of these changes and excisions struck at the heart of what Golding had wanted his book to achieve. So why did he agree so readily? Because it meant that he would at last have a novel published – by one of the premier publishers of the day… And so he gritted his teeth and did as he was bid.

Towards the end of this editing process, he wrote to Monteith: “Here are the pieces put together. As you can see, I have everywhere incorporated your suggestions.”

There you have it. One of the literary giants of the twentieth century bowed down before his editor and did what had to be done – and without doubt the book that emerged was all the better for the changes Monteith had insisted on.

So three cheers to Monteith. But a dozen more should go to Golding, not only for writing the book – but for persisting in the face of repeated failure.

For me there is one overwhelming lesson in this experience: don’t make things obvious. Conceal your foundations. Tone things down. Write indirectly whenever possible. Focus on the characters and the story and let the message take care of itself.

Read Jo-Anne’s latest blog: ‘Writing Secrets: How to judge your own writing‘

Instagram
On the blog this week: Are you bored with your sto 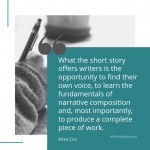 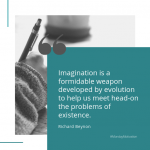