Announcing the winners of our October/November Flash Fiction Challenge

By Richard Beynon
Posted December 6, 2019
In Writing Challenge
Announcing the winners of our October/November Flash Fiction Challenge2019-12-062019-12-06https://allaboutwritingcourses.com/wp-content/uploads/2016/12/final_logo_small.pngAll About Writing Courseshttps://allaboutwritingcourses.com/wp-content/uploads/2019/10/copy-of-copy-of-aug-newsletter-4.png200px200px
0

Excellent crop of entries for our “memoir ten years hence” writing challenge. I can’t think of a single entry that wasn’t interesting for one reason or another. But inevitably, sigh, we have to pluck from the incoming tide just those items of sea wrack that particularly took our fancy. It’s difficult, as ever, to find the primus inter pares.  But he is (and yes, it is a writer of the masculine persuasion for a change)…

Clive Goodchild-Brown, who wrote a beautifully restrained science-fictiony piece in which technology has been developed that can fine-tune one’s capacity to empathise.

The runners-up in no particular order are…

Bindi Davies, for her really very funny take on what could be dementia, but isn’t. The story features three characters, each of whom steps out fully formed from the narrative. There’s also a surprise twist at the end, as there was in Clive’s.

Bonnie Espie, whose character revels in her last few moments on earth, celebrating life by departing it in a spirit of joie de vivre.

And Penny Castle who takes particular pleasure in her character, also close to death’s door, thwarting the ambitions of a greedy daughter-in-law.

Well done all of you – and thank you to all those other writers who laboured over their entries. Those labours, I assure you, are not in vain.

Read the winning entries below. And, read the details for our December/January challenge here.

The hologram of my brain hovered above the desktop.

“Check this out.” He rotated his hand like he was turning a dial. “Cool, hey?”

“Mine was literally greyed out … typical Asperger.” He screwed his face up. “Then they gave me some purple. But just enough so I wouldn’t piss people off anymore.” He sniggered. “I mean I don’t want to start bawling at Romcoms or anything.”

“So, ready to rock-n-roll?” He wasn’t waiting for an answer. He prodded the air. A bar chart materialised.

“Ever had a Taser shoved in your ear?” He sniggered again. “Nah, just kidding.”

I voluntarily touched the metal scrum cap strapped on my head. Suddenly it felt too tight. Something beeped.

“Hey … no touching.” His eyes narrowed.

“Okay, let’s do this.” He wiggled his finger.

The bar edged downwards. The bright purple slowly faded to a pale lavender. The scrumcap hummed.

“Hey, now we’re almost twins. No more feeling sorry for taxpayers, hey?” He held his wrists together like they were handcuffed.

I strode into the elevator and reached across, knocking the Vida cup out of her hand.

Boiling coffee spilt over her bare legs. She yelped.

“Sorry,” I mumbled and pressed ground floor. I felt fuck all.

“They’re plotting to kill me.” I point at the ceiling.

“Who?” Dust rises as Lou dumps an armful of books into a packing case.

“The people upstairs.” I pick at a piece of skin on my lip.

“Mum, don’t be ridiculous.” Julie stops wrapping ornaments and looks at me, her eyes narrowed. “There is no upstairs.”

“God, Jules.” Lou wipes a strand of hair off her face. “Why didn’t you tell me? Is she getting like Gran?”

“No, no. She’s still as sharp as ever.” A brass bell jangles as Julie plucks it off the bar counter, but she muffles it quickly in a wad of newspaper. “Aren’t you, Mum?”

I twist my hands in my lap.

“This changes everything.” There’s a note of panic in Lou’s voice. “You know that, don’t you Jules?”

“You only ever wanted Mum in England to be your unpaid babysitter, didn’t you?”

“That’s not fair.” Lou’s pacing now, books abandoned. “But I can’t put my marriage on the line. She’ll have to go into a home, like Gran did.”

“She’ll come to me. She doesn’t have money.”

Julie’s mouth twitches as she watches her sister leave the room. “Wouldn’t it have been easier to say no, Mum?”

“Nobody ever says no to Lou.”

Julie nods. “So should I call the police?”

“What on earth for?”

Her eyes crinkle. “The murderers upstairs.”

Is it wood? Hopefully it’s veneer. Cardboard would have suited me just fine. Frugality hasn’t left me despite the rigid frigidity of what was the physical me. After all, the box and body are both going to incinerate to ashes.

My ex is wearing his golf shorts, I guess he’s not sticking around for the tepid tea and curling sandwiches.

There’s quite a crowd, I feel a flush of pride. Is it a bad sign that there’s not that many tears? Barbara stretches out a damp frayed tissue, her eyes rheumy and red. Tim looks like he’s swallowed a lemon, he won’t have liked my final request of no religious service. It’s too late for me to hear a priest preach on how I’d strayed from the flock.

Karin’s nicked a sandwich. She opens the triangles of bread and sniffs at the innards, then pops it into her mouth. The automatic room-freshener belches out a puff of cloying lavender.

Oh hang on, Heather’s standing and clapping for attention – drinks at Morton’s everyone. Now that’s more like it. The breeze wafts in as the doors open and I can’t help but bop and sing along as I hear my last request on the tinny speakers – Bing Crosby crooning Send me off forever but I ask you please, don’t fence me in.

Penny directed every ion of loathing into her eyes.

“She’s at peace,” Katie-with-a-love-heart-instead-of-a-dot-on-the-‘I’,” said and reached for her husband’s hand. Of course, she was smiling. She was going to become a wealthy woman. A socialite. Everything Chris said he didn’t want.

“Can’t you give me one moment alone with my son?”

“She’s humming. She wants the pain to end,” Katie said. “Get the papers. I’ll stay with Mom.”

Mom? When the fuck had she become this bitch’s mother? Her daughter-in-law pulled a chair closer and hissed into her ear.

“See who gets the last laugh now? I’m going to spend it all on clothes and travel. And I’m never going to breed with your darling ginger.”

“Are you sure this is what she wanted?”

“I’m sure. She made her fortune by putting the spotlight on assisted suicide.”

“If you’d ever read my bloody book, you’d know it was Dad’s idea. Not mine.”

“See? She’s humming again. I think it means she agrees.” Katie turned to Chris and stage-whispered, “Let her go, baby.” Such bad acting. Why didn’t Chris see it?

Chris’s eyes filled with tears. He’d weep properly in a few weeks. When everyone thought he was fine.

“I love you, Mom. I’ll never stop.” Chris’s lips were soft on her forehead.

Penny closed her eyes. Memories were better. And foresight.

“Katie, Katie, Katie. You didn’t do your homework. The trustees can’t give you a cent.” It sounded like humming. 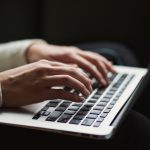 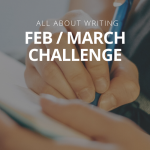