On love: Quotes from our favourite writerly couples for Valentines Day

By Aimee-Claire Smith
Posted February 14, 2020
In Misc, Quotes for Writers
On love: Quotes from our favourite writerly couples for Valentines Day2020-02-142020-02-14https://allaboutwritingcourses.com/wp-content/uploads/2016/12/final_logo_small.pngAll About Writing Courseshttps://allaboutwritingcourses.com/wp-content/uploads/2020/01/2020-banners-2-8.png200px200px
0

Love has inspired writers for centuries. Some of the greatest writers of history concerned themselves with love as a theme or subject, such as Kahlil Gibran and Shakespeare. To this day, all of us – hobbyist writers and professional full-time writers and everyone in-between – are still writing about love, in all its forms and with all its consequences.

To recognize Valentine’s Day, we’ve compiled some quotes from some of our favourite writer couples of the literary canon.

Probably one of the most famous literary couples, Ted and Sylvia met at a party in Cambridge, UK. They went on to have a love affair that is still talked, and argued, about by literary fans everywhere.

“I love people. Everybody. I love them, I think, as a stamp collector loves his collection. Every story, every incident, every bit of conversation is raw material for me.” – Sylvia Plath

According to npr, “Zadie Smith first met Nick Laird when she submitted a short story to a collection he was editing”. Supposedly, the two now work together at the same library. Could it get any more perfect?

“There is such a shelter in each other.” – Nick Laird

“Time is how you spend your love.” – Zadie Smith

Poets Anais Nin and Henry Miller were both married when they first met in 1931, but they fell into an illicit affair, that often included Miller’s wife, June. Poets, am I right?

“I see myself forever and ever as the ridiculous [person], the lonely soul, the wanderer, the restless frustrated artist, the [person] in love with love, always in search of the absolute, always seeking the unattainable.” – Henry Miller

“Do not seek the because – in love there is no because, no reason, no explanation, no solutions.” – Anaïs Nin

“You don’t find love, it finds you. It’s got a little bit to do with destiny, fate, and what’s written in the stars.” – Anaïs Nin

Stephen and Tabitha King went to the University of Maine at Orono together and met on a college picnic. They fell in love while working together at the campus library and attending the same poetry workshops. It’s so cheesy and romantic, we’d be gagging if we weren’t a little bit jealous!

“A life without love is like a tree without fruit.” – Stephen King

“You have to be careful what you love because love has to be paid for.” – Tabitha King

The writers met in 1918 at a country dance. Like many literary couples, F Scott and Zelda Fitzgerlad are famous for writing each other passionate, eloquent love letters.

“There are all kinds of love in this world, but never the same love twice” – F. Scott Fitzgerlad

“I don’t want to live, I want to love first and live incidentally.” – Zelda Fitzgerlad

Aimee-Claire Smith lives in Cape Town, where she is studying English Literature and working on her first novel. She likes coffee and cats. You can follow her on twitter or Instagram: @aiimeeclaiire

Aimee-Claire Smith
Aimee-Claire lives in Cape Town, where she is working on her first novel and studying Literature. She likes coffee and cats.
Recent Posts 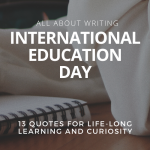 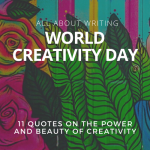