Writing Secrets: Your writing is as good as your last sentence 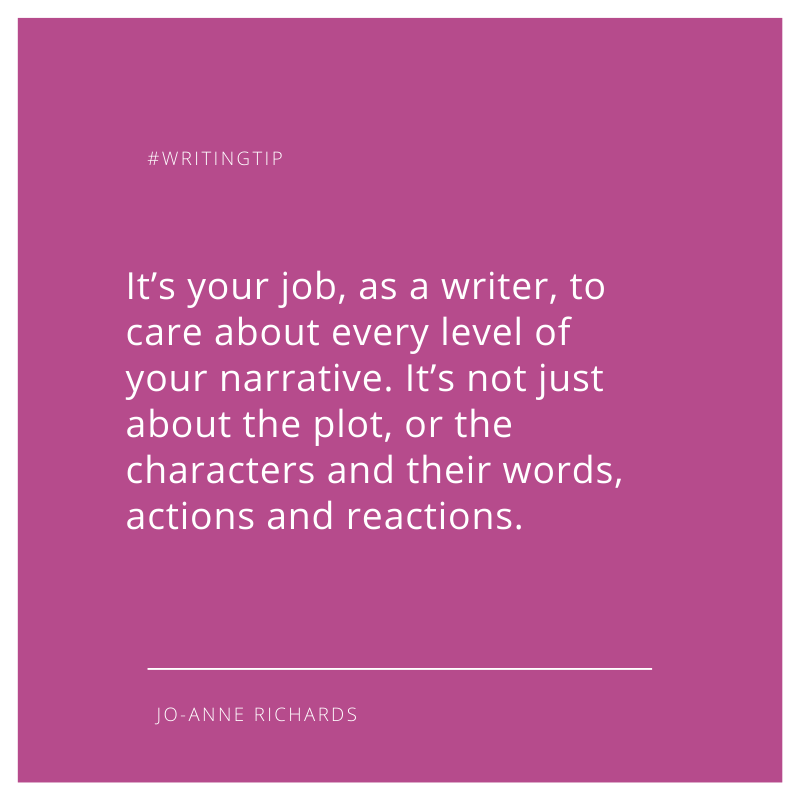 It’s your job, as a writer, to care about every level of your narrative. It’s not just about the plot, or the characters and their words, actions and reactions.

Those are all important, but in the process of worrying about what your characters must face in their lives, we sometimes forget that we need to focus on every word and sentence construction we use.

We’ve said this before, but it’s always worth saying again: ban generic adjectives – beautiful, magnificent, awe-inspiring – and avoid generic nouns where you can. It’s better to be specific about the bird or flower you’re referring to.

I’ve become sick of the sight of the verb “walk”. For the most part, you don’t have to take us step by step through your character’s every movement. There’s usually no need to tell us he walked to the bathroom. If he’s leaning over the basin, we presume he didn’t fly there.

If you need to show us actual movement, there must be a reason for it, and surely you can come up with a stronger verb: He strode, sidled, shuffled … there are endless possibilities, all of which say more about your character than “walk”.

Work hard to find the strongest, most active verbs you can. As with nouns, the strongest verbs are the most specific: Whipped, punched, lashed, scratched, clawed and pounded are all stronger than “fought”.

Think about the way you use verbs too. Edith was “making a banging noise” or “was battering” are not as strong as “Edith battered”.

Other words you can safely lose are “suddenly” and “slightly”. Show us that something is sudden. If you mention it out of the blue, and it surprises your character, we’ll recognise that it’s sudden. It’s a thoroughly overused word. “Slightly” weakens the effect of anything it modifies. “Very” and “just” are also weak and we should wean oneself of them.

I’m not suggesting you ban all long, complex sentences, but pay attention to the rhythm and flow of your writing. Do all your sentences begin like this: “Finding them not at home, he decided to leave them a note”? Or, “Since he was not a man to take these things lightly, he punched Edward in the nose.”

Not only does the pace of your writing become monotonous, but you lose the impact of the punch or the writing of the note – each of which should be the dramatic focus of its sentence. What’s wrong with a simple sentence? They’re often the most powerful.

And here’s a complex sentence I’ve mentioned before, but it’s worth bringing up in its own right, largely because it has become a tic in many of the assignments and mentoring submissions we see – the dreaded “as” construction.

As she reached for her handbag, Rodney clutched at her arm. Why not simply break the sentence. The dramatic focus is on Rodney clutching. You lose a great deal of its effect when it’s tacked on the end.

Here’s another example: Gunfire cracked across the field. Margaret pulled Jane into the ditch, where they watched as the boys jerked and fell like puppets.

The first sentence is great. It’s dramatic and to the point. The sentence which begins: “Margaret pulled Jane…” dilutes the effect of what happens to the boys.  We focus on the main thrust of the sentence, in which Margaret is pulling Jane into the ditch. We lose the impact of the fact that the boys are meeting a terrible end.

Sentences matter, their rhythm and flow as much as their dramatic intent, and how much you’re trying to stuff into each, like an over-filled suitcase. Words matter. Some nouns and verbs are stronger than others. Try to find those which are most specific, and avoid those which don’t say very much.

As Don de Lillo said: “Every sentence has a truth waiting at the end of it and the writer learns how to know it when he finally gets there. On one level this truth is the swing of the sentence, the beat and poise, but down deeper it’s the integrity of the writer as he matches with the language. I’ve always seen myself in sentences. I begin to recognize myself, word by word, as I work through a sentence. The language of my books has shaped me as a man. There’s a moral force in a sentence when it comes out right. It speaks the writer’s will to live.”

how to be a good writer, technical advice for writing

Writing Secrets: Writing in the time of CoronaJo-Anne Richard's blog, Tips for Writers

Writing Secrets: The characters who shape our livesJo-Anne Richard's blog, Tips for Writers