Here’s an interesting and pertinent question Sheila Hughes sent in to our free webinar: Is Aristotle relevant to understanding storytelling today?

We didn’t have time to answer on the day so here’s my response now. Thank you Sheila!

Aristotle observed, within the 7 Elements of storytelling, the following:

‘When storytelling goes bad, the result is decadence.’

(This quote was in Robert Mckee’s ‘Story.’. A brilliant book!)

McKee goes on to describe how flawed are false stories, how many film-makers are substituting spectacle for substance, trickery for truth, and similar.

He observes too, that there’s been a major deterioration in the quality of film making over the last 20 years. He references both Hollywood and Europe.

So do you think that Aristotle’s observation is, therefore, proving as relevant to our understanding of storytelling and society today, as it was then?

Aristotle, rather astonishingly for an Ancient Greek, (384–322 B.C.E.) remains a popular and influential philosopher, second only in internet searches to Plato, apparently.

His scope and reach is vast, and his contribution to the development of human thought and reason is incalculable. He touched on virtually all areas of human inquiry, from physics to ethics, to economics, to politics,  to name just a few.

Among these is his essay on Poetics, which people like Robert McKee,  and many other creative writing teachers, use as a model for analysing drama.

Aristotle praised poets (who were dramatists as well), for their ability to examine deep features of character, to dissect the ways in which fortune engages and tests character, and to display how human foibles are amplified in uncommon circumstances.

He also argued that we don’t reflect on character primarily for entertainment.

Rather, the function of tragedy is learning, that drama teaches us about ourselves. We do this through two processes, Mimesis and Catharsis. That is, through imitation and purification.

Art imitates life in order for us to purify ourselves of our baser instincts.

So, in that sense, Aristotle’s Poetics remains a model for looking at drama, as relevant today as it has been at any time.

I do take issue with McKee’s argument that film quality has deteriorated in the last 20 years. ‘Story’, was first published in 1999, and much has changed since then.

If anything storytelling has become even more embedded in our everyday lives.

What’s different is that streaming is taking over, and with it the long form that has led to a new golden age of screenwriting. The burst of creativity that comes with new technologies also produces a great deal of crass material, no doubt.

But we are also witnessing the birth of exciting new work from a greater diversity of filmmakers, including black, female, and LGBT filmmakers, as well as interesting films from countries like China (Hu Bo), Blitz Bazawule and Mani Haghighi (Ghana and Iran).

These developments have led to filmmakers like the South Korean writer/director Bong Joon-ho, (Parasite) breaking through into Hollywood, and  I am sure we will be seeing more and more great new films as a result.

If you have a story to tell, why not become part of the new golden age of screenwriting by joining us on our Screenwriting Crash Course? Richard and I will teach you all the basics of writing for film and television.

how to tell a story, how to write a movie, online screenwriting course 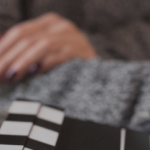 Want to learn the key tactics and strategies of screenwriting?Screenwriting courses 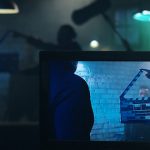