Monday Motivation: We all need a little courage to write 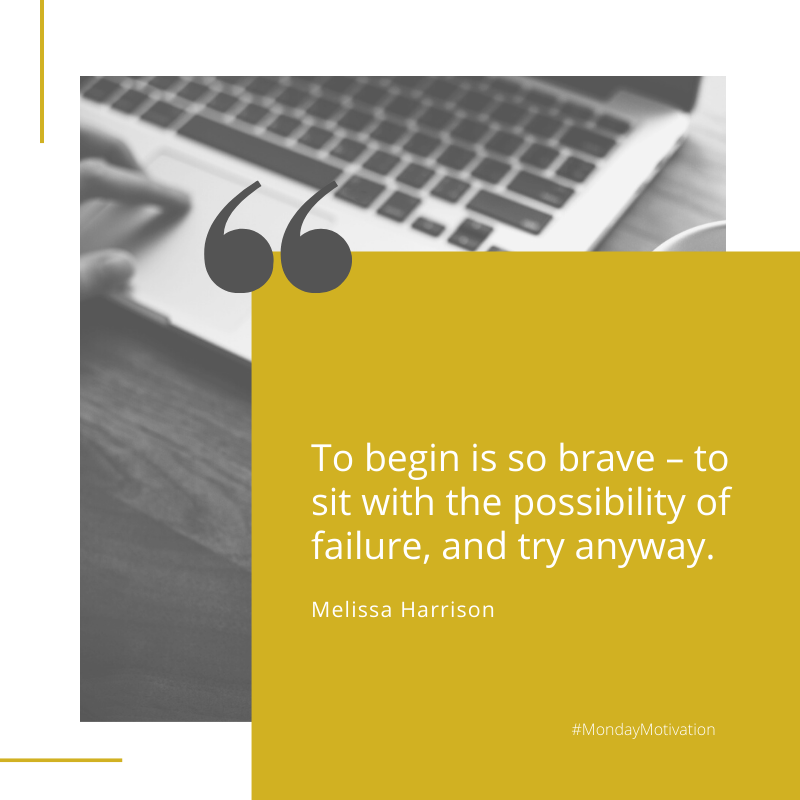 “To write you need to be brave,” said one of our creative writing students this past week. “You have to put yourself out there. You have to take risks.” She paused then, and in a tone that was suddenly emotion-charged, added, “It can be very difficult.”

I made a note of her remarks because I thought she was right. Writing is difficult and it does require a certain courage – both to explore bits of yourself which, in the normal course of events, you’d rather conceal than reveal, and then to offer up what you’ve written to others to read.

These thoughts were on my mind when I caught an interview on the radio with a novelist and nature writer called Melissa Harrison, who writes a podcast called The Stubborn Light of Things. She launched her podcast at the start of lock-down in the UK, with the express aim of “documenting the wonder and richness of the natural world and bringing it into as many homes as I can.”

Her podcasts are unaffected, modest and quite beautifully written. She notes the wildflowers that emerge with the spring and summer, the glimpses of birds and animals she gets on her daily walk from her Suffolk cottage, where she lives alone with her dog Scout. She remarks on the changes that accompany the passage of spring into summer, and summer into autumn.

A recent podcast begins like this: “I’m deep in the woods. It’s green and cool and shady, and above me in the trees there’s a little troop of long-tailed tits calling companionably to each other…”

But she also reflects on the deeper wisdom that a contemplation of the natural world can bring. In another podcast, she says:

“I’ve been thinking about beginnings and how precarious they are. Whether it’s a new habit, learning a new skill, a new way of life, beginnings are full of potential – and of risk. To begin,” she says, “is so brave – to sit with the possibility of failure, and try anyway.”

So that’s another reason that writing takes real courage. Because failure is the shadow that we’re perennially aware of hovering at our shoulder.

“Kids,” Harrison says, “are used to failure, they’re used to trying something and not being able to do it first time… As adults, we get out of that habit. If we can’t do something, it feels like we’re never going to do it.”

She talks about teaching herself to recognize birds by their song and how long it took her: “I needed neurons and connections and activity; I needed the granularity that would allow me to hear differently.” When, now, she goes on a walk with someone, and they say, “Oh, I can’t tell one bird from another,” she thinks, “Well, I couldn’t do birdsong ten years ago. It’s just that you haven’t learned yet.”

She repeats a friend’s story about her child who, when she says at school that she “can’t do something”, her teacher adds: “Yet. You can’t do it yet.”

So when writers, faced with an intractable problem in their writing, declare: “I can’t do it” – all they’re really saying is that they can’t do it yet.

I’ll leave the last word to Melissa Harrison: “So if you’re at the beginning of something,  whether that’s exercise, or baking, or homeschooling,” or, we might insert, writing, “give yourself a break, be kind to yourself as you learn. It’s an act of courage, an act of faith.”

* Here’s the link to her podcast. Do listen to it. It’s enormously refreshing – and a reminder, somehow, that we all belong in this world. 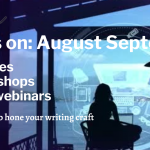 What’s on in August through SeptemberAll About Writing, How to write a book 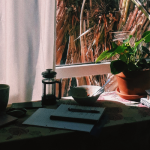 Join me on my quest to kickstart my creativityAll About Writing