Monday Motivation: A character by any other name would be – wrong

By Richard Beynon
Posted September 14, 2020
In Monday Motivation, Richard Beynon's blog
Monday Motivation: A character by any other name would be – wrong2020-09-142020-09-11https://allaboutwritingcourses.com/wp-content/uploads/2016/12/final_logo_small.pngAll About Writing Courseshttps://allaboutwritingcourses.com/wp-content/uploads/2020/02/2020-banners-2-16.png200px200px
0 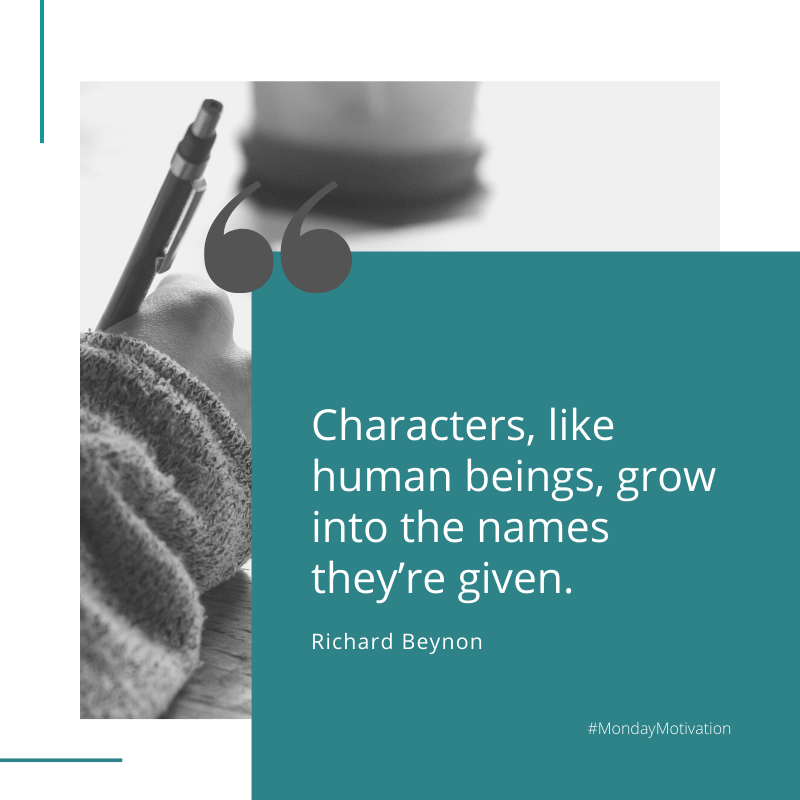 Let’s think about a series of very tiny – but, some say, enormously significant – decisions that every writer has to take when beginning a story, and that is, what names should they give their characters?

We all have our favourite names in fiction. Ebeneezer Scrooge was such a successful name that it’s passed into common usage as an adjective for mean-spiritedness.

Pippi Longstocking is another who has helped keep alive not just the character but the stories of which she is the hero, since her appearance in 1945. (Pippi was named by the author, Astrid Lindgren’s nine-year-old daughter, and her full name is Pippilotta Delicatessa Windowshade Mackrelmint Ephraim’s Daughter Longstocking.)

Some names seem utterly appropriate for their characters. Others are bland, some deliberately so: Harry Potter’s very pedestrian name contrasts with his wizardly calling.

But my thoughts today concern the route by which writers arrive at the names of their characters.

Some writers choose them randomly. The first name that comes to mind is the name they give their protagonists: Joe, or Stella, or James or Frances. They don’t want to waste the sort of time that prospective parents might devote to choosing names for their offspring.

But it’s not surprising that over the course of the story they’re writing, these bog-standard names can seem more and more appropriate to their characters – and their authors can end up happy with their choices.

Other writers seek names – or invent them – that reflect on the personalities of their characters. Dickens famously created some 2 000 distinct characters, and gave names to the vast majority of them, names as memorable as Mr. Sweedlepipe, Honeythunder, Pumblechook, and Squeers. He was clearly sometimes driven by nothing more than whimsy. But Mr Gradgrind’s name is obviously a reflection of his devotion to hard facts and soulless calculation.

“Facts alone are wanted in life,” he says. “Plant nothing else, and root out everything else. You can only form the minds of reasoning animals upon Facts: nothing else will ever be of any service to them.”

These injunctions spring naturally from a man called Gradgrind.

Hurtleberries is an archaic English name for blueberries. Exported to America, it evolved into the word huckleberry. In time, the word began to be applied to people of no account, wastrels and indigents. Twain picked up on these associations when he named the hero of his eponymous masterpiece. His idea, he told an interviewer in 1895, was to establish that he was a boy “of lower extraction or degree” than Tom Sawyer.

Terry Pratchett followed his anarchic impulses into the farther reaches of wonderful absurdity with names like Slartibartfast, Rufus Drumknott, Cheery Littlebottom, Sacharissa Cripslock and Glenda Sugarbean, head cook of Unseen University’s Night Kitchen, to mention just a few of the 1100 characters he invented.

Here’s a clutch of names suggestive of moral qualities that other writers have given characters: Nurse Ratched; Severus Snape; Boo Radley, Willy Loman.

Another writer I spoke to confessed that she got her names from gravestones, combining a love of churchyards with her quest for the perfect name.

I myself frequently suggest that an excellent source of surnames for fictional characters is the names of partners in legal firms: Crocket, Mitchell, Hanson and Swain; or those noticeboards erected on building sites which give the names of the quantity surveyers, the engineers, the architects and the builders.

Here for instance, are the partners in a South African firm of QS’s: Annie Verwayen, Andrew Wiggins, De Wet Nel & Pluto Lekhuleni. Tell me that your imagination isn’t fired up by that last name.

Still struggling? Well, you could always resort to that old standby – the telephone directory, although it’s not much use for first names.

And, in extremis, you could type seek out one of the many character name generators on the internet, and see where that takes you.

Ultimately, of course, characters, like human beings, grow into the names they’re given. Does it matter that critics find Holden Caulfield a poor name for the rebellious, angst-ridden character to whom it’s attached? His name is so indelibly associated with The Catcher in the Rye, that any more “appropriate” name would feel like a desecration.

P.S. I’d love to hear what your favourite fictional name is.

Read Jo-Anne’s latest blog: ‘Writing Secrets: Write for yourself, not for others‘