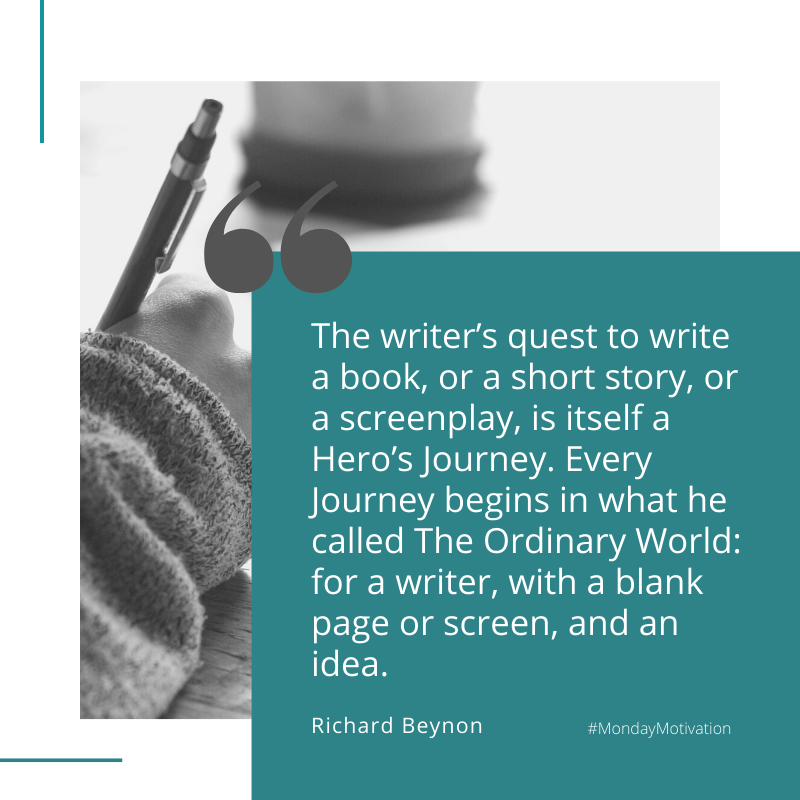 Christopher Vogler wrote a book called The Writer’s Journey, which introduces writers of all stamps – but particularly screenwriters – to the mysteries of The Hero’s Journey, Joseph Campbell’s analysis of the “monomyth” that, he argues, underlies all stories.

As his title suggests, Vogler wrote his book specifically as a guide to writers. But he overlooked a small point; and that is, that the writer’s quest to write a book, or a short story, or a screenplay, is itself a Hero’s Journey.

Here, in these first weeks of a new year, full of hope and renewed vigour, we’re about to set out on our annual adventure – an adventure that often begins with rude good spirits and ends in, well, not tears (the holidays at the end of the year are obviously designed to prevent that), but at least in a rueful acknowledgment that not all our annual goals have been achieved.

Consider: you’ve spent the holidays relaxing, eating, drinking (a tad too much perhaps). You’ve spent time in the sun, or on the snow. You’ve recharged your batteries. You’re ready for a new challenge.

What that challenge is will of course vary from person to person. Albert might want to throw himself back into a project at work – a new marketing campaign, a new IT installation. Bernadette on the other hand might be caught up – still – in helping to treat Covid patients; and although the end of that particular nightmare is now in sight, she and countless others can’t afford to relax their vigilance now.

But whatever your day jobs might be, there’s always undercover work to be done: the writing.

I’ve written before about the Heroes’ Journeys we all travel in the course of our lives. The fact is, though, that the writing of anything creative tracks even more closely the steps that Joseph Campbell identified in his seminal study, The Hero of a Thousand Faces.

Every Journey begins in what he called The Ordinary World: for a writer, with a blank page or screen, and an idea.

He’s impelled to write his magnum opus, but the prospect is frightening, and he might set it aside for days, weeks – indefinitely. The impulse to write is the Call to Adventure. The doubt, is the Refusal.

But at last, thanks to the help, perhaps, of a Mentor, our Heroine sits down at her laptop and begins. She has crossed The First Threshold.

In the classic Hero’s Journey, the Hero spends the next stage of his Journey gathering Allies and identifying enemies – and this is precisely what the writer does as he moves into the dense wood of his story. Who are his Allies? His partner, his writing group, his Mentor, the books he consults in the course of his research, his brainstorming partner… And his Enemies? His sense of unworthiness; his conviction that his book will never find a publisher; the lack of time to write…

And all the while he senses the looming challenge of the trickiest part of his narrative. The Approach to the Inmost Cave (Campbell had in mind a Hero like Beowulf making his way to Grendel’s lair) consists of the preparations you make for your confrontation with your own demons.

And then comes that Ordeal. It might be that you’ve hit a wall in your story – an apparently insurmountable problem. It could be that you’d taken a wrong turning several chapters back. Now you need to identify the problem, fix it and rewrite. Or it might be something entirely external: an illness, a family crisis, a crisis in your career; something so distracting that you’ve taken your eye off the ball, and it’s come to a stop.

But you overcome that problem, you survive the Ordeal, and, filled with renewed enthusiasm, you press on. You’ve learned something important about persistence, or plotting, or sheer doggedness. That’s the Reward you’ve snatched from your encounter with your nemesis.

You’re into the final chapters of your story.  It feels very much as if you’re on your way home. Vogler called this stage of the Journey, The Road Back. But your sense that you’re on the final stretch is a chimera, because inevitably, there’s a final obstacle. How many writers (I speak from bitter experience) lose momentum at this stage. All the old bugbears rear up: think you’re a writer, do you? Then why can’t you even finish this flipping book? You should have taken dad’s advice and gone into accounting.

But the hurdles even here, daunting as they seem, can be o’erleapt.

And finally, you really are in Chapter the Last, and in due course, you tap out the most satisfying words any writer can ever inscribe: 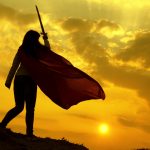 Join us on a truly Heroic Journey to kickstart your 2021 writing yearHow to write a book, Invitations