By Richard Beynon
Posted February 8, 2021
In How to write a book, Monday Motivation, Richard Beynon's blog
Monday Writing Motivation: How an editor’s advice helped make a masterpiece2021-02-082021-02-05https://allaboutwritingcourses.com/wp-content/uploads/2016/12/final_logo_small.pngAll About Writing Courseshttps://allaboutwritingcourses.com/wp-content/uploads/2020/02/2020-banners-2-16.png200px200px
1

On a BBC programme I heard a week or two ago,  Lennie Goodings, a book editor with the Virago Press, presented the story of Max Perkins, a pioneer in creative editing, who saw his job not simply as correcting typos and grammar in authors’ manuscripts, but much more in giving input on issues like structure, characterisation and style.

Perkins had already edited F. Scott Fitzgerald’s first two books when, in 1925, the writer sent in a manuscript which immediately excited Perkins. It was about a millionaire playboy called Gatsby.

As Goodings said, “when Fitzgerald submitted the manuscript to Perkins, Perkins’ response was incredibly positive.” The novel was a wonder, he said in a letter to Fitzgerald: “It has vitality to an extraordinary degree, and glamour, and a great deal of underlying thought of an unusual quality. As for sheer writing, it’s astonishing.”

You can sense a “but” coming. And indeed his letter continued: “Gatsby is somewhat vague, and this might be somewhat of an artistic intention but I think it’s mistaken.”

He believed that the vagueness surrounding Gatsby made him simply too mysterious. He argued that he became an amorphous character who didn’t emerge from the page. Goodings said that “he suggested that Fitzgerald should give a little more detail to Gatsby’s criminal activities, just to give a sense about where did all that money come from?”

Here’s Perkins again: “Couldn’t he be seen, once or twice, consulting at parties with people of some sort of mysterious significance from the political, the gambling, the sporting world.”

Now some writers would have taken advice like this as an insult to their talent. But not Fitzgerald. He took everything that Perkins said seriously, and executed each of these suggestions. The result: we realise that behind the glamour of Gatsby’s world lies the sordid reality of bootlegging.

But Perkins went further than this. In the original version, Fitzgerald gave Gatsby’s backstory all in one great dump of information towards the end of the book. Perkins suggested that instead the writer drip-feed these details about Gatsby into the narrative to give us a series of tantalising glimpses of the man. “I thought you might find ways,” wrote Perkins, “to let the truth of some of his claims, like Oxford and his army career, out bit by bit.”

Here’s Goodings again: “It’s remarkable what a change chopping up just one section and lacing it through the book, rather than having it all at the end, what a huge difference that made to the success of the novel.”*

The Great Gatsby came out and was an instant bestseller. It attracted rave reviews from the critics who identified it instantly as one of the century’s truly great novels. They were particularly struck by the structure of the book. Fitzgerald wrote to Perkins to tell him how amused he was by this praise, because as far as he was concerned it was Perkins who’d figured out the structure of the novel.

We’re all tempted to explain backstory to our readers. Take Max Perkin’s advice and you’ll see what a huge difference that makes. 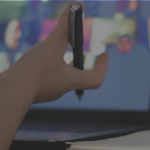