Winners of the April/May Writing Challenge

For our our April/May flash fiction challenge we asked you to write about an environment that was unfamiliar and challenging for the characters, what we refer to in the Hero’s Journey® paradigm as the  ‘Extraordinary World.’ Because of this link we invited Michele Rowe who co-designed and runs our Hero’s Journey® Writing Course to do the honours. Here are the results from Michele.

As usual it was quite a task to choose from the many imaginative entries. Babies and motherhood made a strong showing this time, an indication of just what a threshold experience motherhood can be. There were also stories set in prisons and schools, which says a lot about our generalized dread of institutions. The real Devil in Prada made an appearance, as did the intriguingly named character, Phafoolazopple.  There were also a couple of descriptive and exotic holidays, one real, one perhaps not.

The winning entries were successful in showing characters who found themselves in unfamiliar circumstances, having to navigate alien environments.

Here are the results, judged as usual blind, but this time by Michele:

Tariq Fensham’s entry was the overall winner. Both for her imaginative approach to the exercise, and for her clear, direct, and emotive style.  By making the protagonist a creature from the deep, we are given an oddly moving and benign perspective on us humans.

Well done on all your strong submissions. It was a delight to judge this challenge.

Tariq, we’re delighted to award you your choice of a literary assessment of 5000 words worth R2750/£150 or a voucher to the same value to use on one of our courses or programmes.

Congratulations to you all for some fine writing!

And  we encourage all writers to enter our June/July flash fiction challenge – one of the best ways to sharpen your writing skills is by entering competitions like ours.

I was lifted out of the water. There was something pulling me from above and I watched the waves fall away beneath me as I ascended.

I was swung around onto a shiny surface, the colour of shells on the sea-floor. It was smooth, cool, hard, unlike beach sand. When I was lowered onto it, I could not get purchase, so could not move.

This was a strange world – hard like rock; but moving, swaying like an albatross on the swell.

The sounds and smells I did not know. Mysterious creatures, bigger than me, moved around me. They had two eyes, pointed snouts and something like seaweed growing from their heads. They peered at me, making sounds at one another and used their long limbs to prod me. The ends of their limbs divided into what looked like tentacles, but which did not flow with the fluid motion of the octopus.

I did not feel threatened, was not in pain – just uncomfortable.

They put something on my back which chirped occasionally, like a lost gull chick. It stayed there while they lifted me up, doing something under my belly. When they put me down, I felt the thing sticking to my back and something gripping me around my body.

I was lifted again, swung out, and the sea came up towards me. When the cool waves embraced me once more, I dived towards the other Leatherbacks, leaving the rumbling of the strange floating world behind as I continued my migration.

I am here. They are not. They chose not to be. There’s a lump in my throat. It’s ok to cry, possibly even expected. I touch the mullai flowers at the nape of my neck, reassuring. A door opens to my right. I slide smoothly over the creamy leather seat. My blue chappals seem out of place on the sticky tar.

It hits me like a tidal wave. The heat. Sweltering humidity. Inhale, exhale…drowning in air. I lick the drop of sweat hanging from my upper lip, and I am immediately rewarded with the fatty perfumed extravagance of my own lipstick. I step through the entrance; oppressive heat gives way to airconditioned bliss. Orchids embrace the alabaster banisters. Rose petals flutter to the trill of an overhead fan. The thick scent of sandalwood saunters through the room. I run my fingers along the mango wood staircase and enter a room alive with celebration. My heartbeat dances to the rhythm of a Tabla. I stop to adjust my pallu—six yards of exquisite luxury, secured by a single safety pin.

Blessings coat both palms, an ombre effect, vermillion fades to ochre. I adjust my maang tikka and wipe a stray bead of sweat from my forehead. I walk through a waterfall of marigolds. He places the Mangala sutra around my neck. We embark on the Saptapadi. Here I am not Firangi. Here I am, beti, patni. I am here. They are not. They chose not to be.

It took, what felt like forever, for the shaking to subside. Uncontrollable shaking as her body recovered from the ordeal she had just made through. A journey that took months to complete was over in mere minutes.

Now, lying in her empty room, the grief and bitterness descended upon her. This was not how this was supposed to end. This was not the beginning she had imagined.

Hope entered the room at that moment to wheel her down into the new reality she would now have to face.

There she sat. In front of two doors, which would lead to the unknown. A new normal. A whole new world. She was directed to scrub her hands with a pungent-smelling soap which, overwhelmed her senses. She felt faint at the smell of it. It smelt of hospital.

Then, with the opening of the doors, she was met by a cacophony of sounds. Beeps and gushes pulsating in a continuous drone. All accompanied by the flashing of lights.

But it was the little beds that left her breathless. Bassinets containing little lives fighting to survive.

And there he lay. His pink body consumed by wires. His face covered by a mask-like apparatus that was filling him with the oxygen he was unable to breathe on his own.

The heaviness of it all consumed her as she knew unchartered territories lay ahead. This place was a whole new world, and at its centre was the boy who would give meaning to it all.

How did she get here? At least it will pay this month’s rent.

You can do this. You want to be a star, don’t you? Just keep smiling and looking down the barrel.

Underwear model – she’s even started believing it herself. But these shoots are just the first step to her holy grail – a real modelling career – and then all this degradation will be worth it. She’ll be able to show the world work that she is proud of.

She sits down heavily on the bed. The gun is lowered for now and her shoulders slump on a heavy sigh. She squeezes her eyes shut against the harsh lights – and the truth.

A girl with skin like burnt caramel arrives, all confidence and swagger, flirting with the cameraman and winking at her. She’s obviously been doing this for a while. Her silky robe reminds Jenny of the mango and peach cocktail sunsets on family holidays gone by, and her heart wrenches on a sudden pang of longing.

The new girl has slipped out of her sunset robe and is now lying on the bed of fake fur with her fake smile and fake eyelashes.

Relaxing her rigid jaw and lifting her chin Jenny lies down next to her, and her own facade slips back into place.

You can do this. Push Jenny away. It’s just temporary.

Their co-star joins them, and she shuts down her mind completely.

This is not forever.

Nobody will ever know. 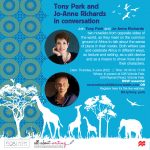 Free webinar: How to use a sense of place in your writingHow to write a book, Invitations, Newsletters, Tips for Writers, Webinars 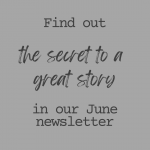 June Newsletter: the secret to a great story | writing journeys | flash fiction challengeAll About Writing, How to write a book, Newsletters