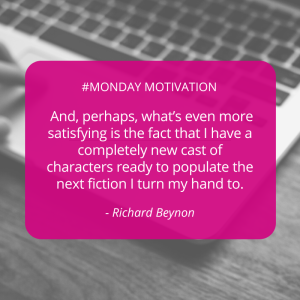 Writers observe. Their observations serve as the foundations on which characters are built and stories developed. We’re in Venice at the moment on our annual retreat – rudely interrupted by Covid for two years, but now firmly back on the calendar – and it gives me unparalleled opportunities to observe people going about their business.

I set up my observation post at a café on a nearby canal. I am armed with a notebook, a pen, and a pint of Birra Moretti. Here are my notes:

A blonde in shocking pink pants herds her family – a husband, their eleven-year-old daughter, a baby in a pram, and a third child, a girl of six or seven – into a sullen group.  The backdrop, carefully curated by the mother, is an elegant marble bridge. She gives instructions to the younger daughter, and hands her, her cell phone.

While her daughter adopts the universal pose of photographers everywhere, finger poised above the button, she arranges the family tableau: first, she whirls the baby’s pushcar around so that the infant is sure to feature in the picture, then she passes her arm around her impassive husband, poses prettily, tilts her hip, bends one leg, and smiles. The younger girl dutifully takes the photograph. The mother checks it, approves it, and briskly waves her posse on.

A water taxi driver, standing in the cockpit of his sleek cream taxi, is having a long conversation with a gondolier. Their boats are moored in a twist in the canal Rio del Malcantor. It’s lunch time. They speak very loudly, having calibrated their voices to carry over the roar of engines and the slap of waves against prow. Their engines are quiet now, and the waves quiescent – but their voices remain strident and very Venetian.

An elderly American, large and noisy, sits at the table alongside me with his largely silent wife. He orders, loudly, an Americano, with a double shot. Stubble covers his cheeks and throat. His wife says nothing while he drinks his coffee, and then suggests that they “move on”. They do.

Our waitress, an inscrutable Italian woman, wears an apron with the words, LIFE IS GOOD, printed across the front.

It’s not the physical characteristics of these people that strike me so much as the way in which they walk.  This one approaching now from the left walks with a confident, long-legged stride; this one scissors along at speed; that one glides, appearing hardly to touch the ground; that pair of new arrivals trudges along doggedly, each hauling two or three wheeled suitcases, clearly on their way to their lodgings after an exhausting journey. And here’s a man who strolls along insouciantly, his hands in his pockets. He’s in no hurry, either on this Thursday afternoon or, perhaps, in life.

I briefly play a game spotting celebrities: at the last table in my café sits John Cleese with an aperol spritz. A rather rickety version of one of those British politicians whose names I never remember, in not this, but the last, cabinet, or was it the one before (it’s so difficult to keep track) hobbles past. And here, by god, comes Cameron Diaz, wearing not just her usual sly grin of amusement, but a pearl tiara! And she and her partner, an indifferent consort with torn jeans and a tee-shirt, takes the table besides mine. They speak English – but clearly for both of them, it is their second, or perhaps even third language. He could be Italian, she could be Russian. They order an aperol spritz for her, and a cappuccino for him. She photographs the canal with her spritz in the foreground. And then a miniature Michael Jackson passes by…

Across the road from me, two women and a man stand in attendance at a Jehovah’s Witness stand. Passersby who appear to be approaching them are greeted with joyous smiles. Most are alarmed and veer away, but one Italian family, six strong, stops to talk.  My guess is that they’re not prospects but converts. The stands at which the Witnesses stand are laden with booklets and adorned with posters. The first poses the legitimate question: WAS LIFE CREATED? in English. The second is in Italian: COSA VUOL DIRE AVERE SUCCESSO NELLA VITA? What does it mean to succeed in life? Also a good question. And the third is the killer: CORSO BIBLICO GRATUITO. Free bible course, at which, presumably, the answers to the first two questions will be provided.

A man from Salento Bakery – where earlier this morning I spent a couple of hours working on a project and drinking three cups of delicious cappuccino – his tummy preceding him, walks past with two bulging paper carrier bags prominently branded. I assume he’s delivering baked goods to a customer.

On a wall diagonally opposite me a fragment of graffiti encourages me to UNLOCK YOUR SOUL. Sitting here bathed in the warming balm of the autumnal sun, with my Birra Moretti at hand, I feel, for a moment, complete. My soul is indeed unlocked.

And, perhaps, what’s even more satisfying is the fact that I have a completely new cast of characters ready to populate the next fiction I turn my hand to.

For those who want to observe Venice for themselves, here is an album of our time there so far. 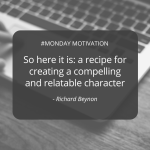 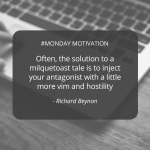