The August Competition celebrates both our brand-new Scriptwriting Course and the upcoming Venetian retreat:

Write a scene of no more than 250 words in which two people meet for the first time in Venice. Within your scene, we may be given just the smallest, subtlest intimation that, in the future, this meeting may lead to love…or to murder. It could be written, if you prefer, as a scene for a movie or a play, but doesn’t have to be.

The deadline is midnight on 31 August. Please paste your entry into the body of an email and mail to trish@allaboutwritingcourses.com

The winner receives a R300 book voucher from the independent bookshop of their choice.

In a visual medium, the very last thing you want is to have two static talking heads discussing something at length. We have the advantage, in a movie, of seeing their context. As we do in real life, we make judgments about characters based on their environments. Their office or bedroom will already tell us a great deal about them before they open their mouths.

They will also be doing something while they speak. Whether they’re pumping iron or baking bread, the nature of their activities, and the way they conduct them, will tell us about them and their state of mind. The whole movie scene is a balance of action, visuals of the environment and dialogue.

What should we learn from this when we’re intending to be read rather than viewed? Basically, you should try for the same balance. No one wants to read a tick-tock conversation in a vacuum.

We want to see your characters in their context. A few specific and telling details of the environment show us a lot about the kind of people we’re reading about. We have the advantage over movie writers in that we can also show how our perspective character views his setting, which feeds us still more information. As it does in a script, the actions of your characters will give us a great deal of information before they have to say a word. 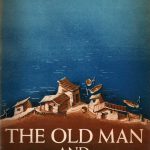 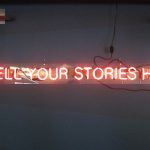