Beginnings are the sweetest things. You stand at a threshold – of a year, of a marriage, of a life – and anything and everything seems possible.

The infant in its crib could become a Nobel-winning physicist, a brilliant lawyer, an innovative entrepreneur, a loving father…

We stand for this week, and perhaps another week or two beyond this, on the threshold of a new year, which, like all its predecessors, is filled with the heady perfume of possibility. We could, this year, make that trip to Iceland… or the Antarctic… or up the coast of Norway into the southern reaches of the Arctic Circle…

A blank page is also an invitation of the most beguiling kind. What words could we fill it with! What original invention! We might begin:

“Many years later, as he faced the firing squad, Colonel Aureliano Buendía was to remember that distant afternoon when his father took him to discover ice.”

Or, if we’re slightly less ambitious (and slightly warier or being judged a plagiarist), we might begin like this:

“Looking back now on that summer, I’m not sure that I can put my finger on the moment that marks the start of this story. I’ve read some of the books on scriptwriting on dad’s shelves, and I know that what’s supposed to kick a story off is ‘the inciting incident’.”

“The queue snaking ahead of Juliette promised to consume the rest of her morning – but, given that it was necessary to take her to France, there was not a shred of resentment in her heart. Not, at least, until the gunmen burst through the double doors behind her.”*

It doesn’t take much to write a startling, or charming, or intriguing opening paragraph.

And then it sits there like a declaration of intent, a promise to continue.

It’s as though you’ve introduced yourself to the prettiest girl in the room, have received a sparkling response, and now face the challenge of continuing with the wittiest, most entertaining conversation you can possibly devise.

To paraphrase L.P. Hartly (The Go-Between): The future’s a foreign country – we do things creatively there.

Or we could. If we had the courage just to begin.

And what better time to do just that than at the dawn of this new year?

* I have to declare in interest here: these two modest paragraphs begin, respectively, a story I’ve recently begun writing; and one that I’ve completed.

Commit to making 2017 your best writing year yet by signing up for our intensive 10-Day Writing Workout, our in-depth Creative Writing Course, or any of our creative escapes. 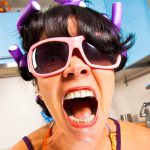 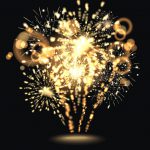