“Don’t look back until you’ve written an entire draft, just begin each day from the last sentence you wrote the preceding day. This prevents those cringing feelings, and means that you have a substantial body of work before you get down to the real work which is all in . . .

This is Will Self’s writing advice and I’ve always been a great believer in getting the first draft down. It’s how I tend to write and I know a number of other writers who swear by this process.

But Richard and I have been doing a few manuscript reports recently and I’ve been revisiting Self’s advice and questioning my own belief in it.  It’s led me to qualify it here.

Yes, write a rough first draft, but not without planning. Know your characters well, so they continue developing strongly through your draft. Then … know your story before you begin. Some writers deny they do this, but unless you’re truly exceptional, it’s good advice.

Launching blind into the wilderness can end badly. You can end up at the end of 80 000 words with the realisation that your manuscript has no arc and doesn’t go anywhere – and that you need to restructure your entire story.

And that brings me to another qualification. I’m not sure about Wil Self, but when I talk about The Edit, I don’t mean moving a few commas about the page or looking for hanging participles. I don’t even mean improving a scene and adding more action.

It can mean that the manuscript you’ve spent a year writing needs to be set to one side as raw material. It can (and often does) mean that you need to rethink your story arc – at least in places – because your original plan doesn’t work quite as you planned or your middle sags unexpectedly. Your characters might need to be reworked because they don’t come across as real, complex beings, or your point of view is too remote for your readers to form a true attachment.

It can mean that you need to start again, writing completely new scenes. But they’ll be better scenes because they’re informed by your previous draft. You’ll have learnt from it and you’ll draw from it as you move forward. Your next draft will be several steps ahead of the first – if you don’t collapse in despair and if you take good advice about what’s wrong with it.

That’s why, more than anything, writing requires doggedness. 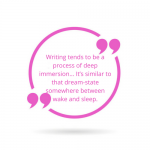 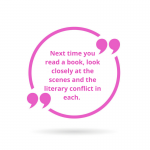