Monday Motivation: Turn the act of writing into a ceremony

By Richard Beynon
Posted September 4, 2017
In All About Writing, Monday Motivation
Monday Motivation: Turn the act of writing into a ceremony2017-09-042017-09-05https://allaboutwritingcourses.com/wp-content/uploads/2016/12/final_logo_small.pngAll About Writing Courseshttps://allaboutwritingcourses.com/wp-content/uploads/2017/09/mmm-042f09.png200px200px
4 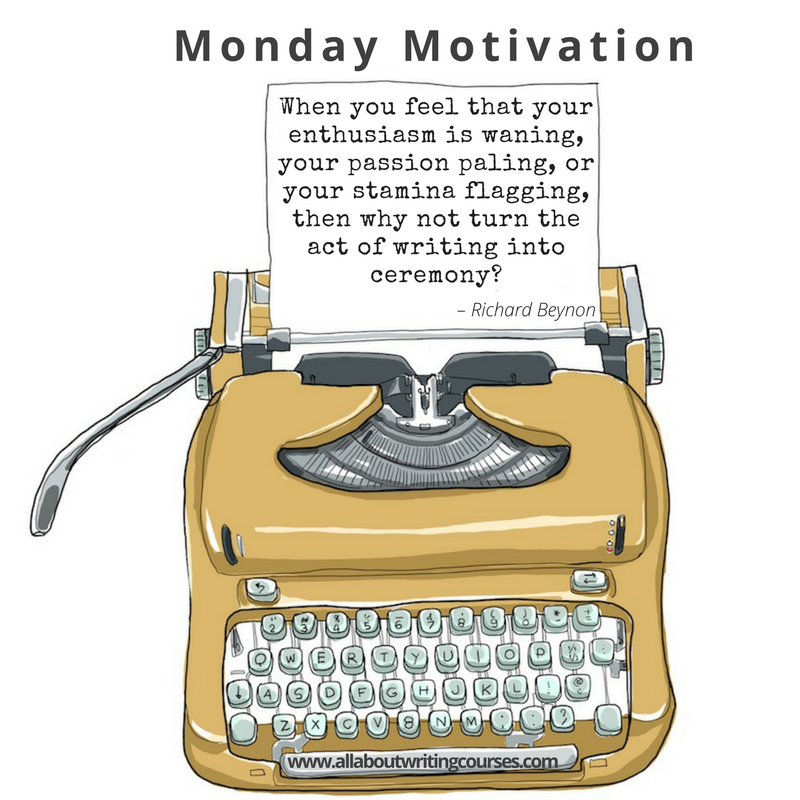 It was inspired by immediate experience. When it occurred to me, it struck me at once as so right, as so obviously correct, that I couldn’t resist sharing it with you.

But let me begin at the beginning. We rose, Trish and I, not at dawn, but at a civilized hour in our dark ground floor apartment off a narrow calle on the Guidecca Canal in Dorsodura, Venice*. Showered and dressed in our Saturday best we ventured forth in search of a barber our researches had suggested we’d find on Via Terra Foscarini a few metres from the Accademia Bridge on the Grand Canal.

There was no sign of the barber, although since so many shops in Venice do not bear signage proclaiming what services they offer, it’s entirely possible we passed right by it.

There was a restaurant tucked in beside the bridge with tables immediately over the canal, and, as luck would have it, although every table appeared to be occupied, the proprietors opened a new section as we approached and we quickly nabbed the prime, corner table. 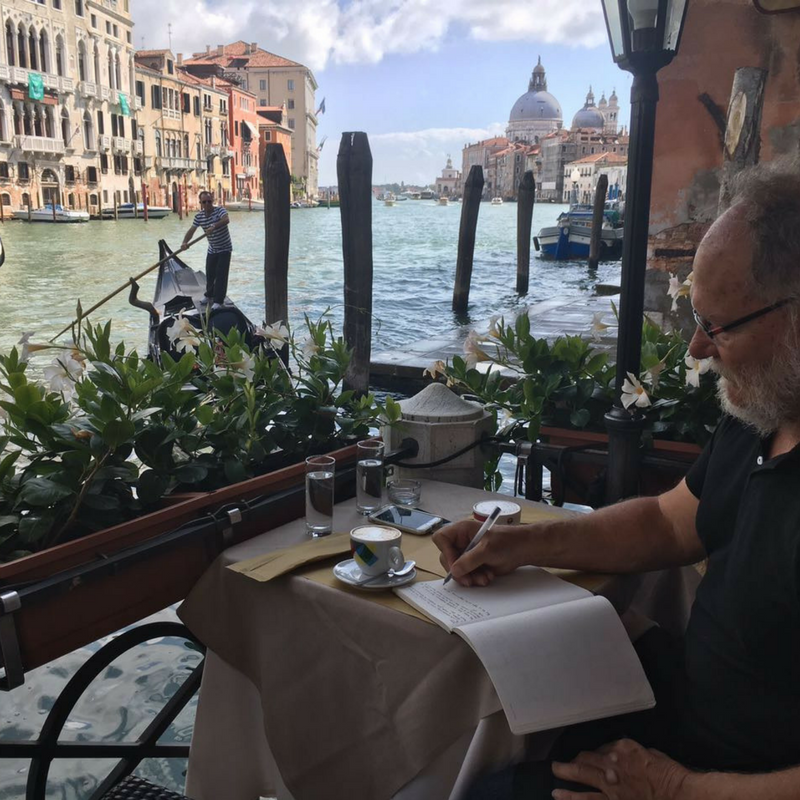 This is where we sit now, as I write these words. The bridge rises to my left. A constant stream of people pass over it from Dorsodura into San Marco. On my right are the moorings of two gondolas. Soon after we placed our order, a party of South Africans settled in on one of he gondolas and with cries of delight and astonishment they set off down the Grand Canal.

“I’m going to have to write my Monday Motivation,” I said.

“Any idea what it’s going to be about?” Trish asked.

I was about to shake my head when my idea occurred to me.

Because here I was sitting in a prime spot overlooking one of the world’s greatest prospects. It ranged from the wood and steel Ponte dell’Accademia past a series of romantically seedy palazzos to the magisterial Santa Maria della Salute looming high above the mouth of the canal. The sky above me was that particular shade of pale blue found in Veronese’s paintings. To the north, banks of bubbling cumulus were rising. (Heavy rain was forecast for this afternoon.)

Now, at noon, the bells of the Salute pealed out across the city.

And writing this felt quite… ceremonial, almost sacramental.

My idea is this: when you feel, as I was saying before this long detour, that your enthusiasm is waning, your passion paling, or your stamina flagging, then why not turn the act of writing into ceremony?

Clearly, it’s not (always) possible to book a table at Bar Foscarini, but instead of dropping heavily into the slightly lopsided chair in your study, you could set up a small table outside in your garden, or on your balcony; you could arrange a rose in a vase and place it, just so, on the table; you could brew yourself a mug of that new Kenyan blend, or a cup of the most delicately scented jasmine tea; you could put something on you feel good in after a vigorous shower or a languorous bath…

What you’d be doing, of course, is trying deliberately to cultivate an air of solemnity. Formality can be your friend, since it helps create both order and expectation. Sitting at your table, with your steaming cup at hand, and a blank screen (or page) before you, all you need to begin is an imagined voice in your ear that says:

*  We’re the advance guard for what has become our annual writing pilgrimage to La Serenissima.

Richard Beynon
Richard Beynon is a story consultant and an award-winning film and television scriptwriter with a long and accomplished career in the industry. He has written for – or headed the storytelling teams of – many of country’s most popular soaps, dramas and comedies. These include S’gudi snaysi, Going Up, Soul City, Isidingo, Scandal, Rhythm City and Isibaya. A former journalist for the Rand Daily Mail, he has conceived, shaped and written scores of documentaries. He has lectured on writing for film and television at Wits University.
Recommended Posts
Showing 4 comments 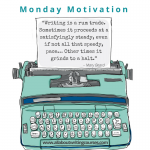 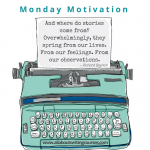