Monday Motivation: Into the clear light of dramatic truth

By Richard Beynon
Posted October 9, 2017
In All About Writing, Monday Motivation
Monday Motivation: Into the clear light of dramatic truth2017-10-092022-01-27https://allaboutwritingcourses.com/wp-content/uploads/2016/12/final_logo_small.pngAll About Writing Courseshttps://allaboutwritingcourses.com/wp-content/uploads/2017/10/mmm-092f10-square-1.png200px200px
1

We’re about to cruise past Torghatten, a mountain on an island a kilometre or two off the Norwegian mainland, and just half an hour south of the Arctic Circle. It’s distinguished by an astonishing hole driven clear through it. Some 20m wide and 35m high, it is 160 m long. From a distance*, when the weather permits, you can see right through it to the sky beyond.

Our little company of four, sitting on the starboard lounge of the Spitzbergen,  en route for Bergen, speculated about the nature and the cause of the hole. One of us hypothecated that the action of water from a plateau beyond the mountain – a plateau now long eroded away, he suggested – had, over time, worked its way through a fault in the mountain.

Nonsense, said another one of us, why look for a complicated explanation when a simple one is at hand: google it.

So we did. And discovered a few explanations. The first was roughly what one of us had suggested: wind and ice had bored its patient way through a layer of softer rock, leaving in its wake the cathedral-sized hole.

But then he noticed that there was a secondary explanation for the origin of Torghatten’s hole.

According to one legend of these Helgeland mountains, Torghatten was formed when the troll, Hestmannen, disappointed in love, shot an arrow at a young and comely maiden called Lekamøya. The local Troll-King, enraged by this injustice, in an instant frisbeed his hat to intercept the arrow before it nailed the hapless Lekamøya. The arrow did, however, pierce the hat…  And then the sun rose and everyone involved in this little piece of drama was turned to stone, including the hat, with a hole drilled neatly through its heart.

So the question is, which explanation do you prefer? Obviously, the geological explanation is the true one – but it is a much less satisfactory story than the tale of Hestmannen, Lekamøya and the Troll-King.

Clearly, stories of trolls and virgin maidens are more romantic and more compelling than a prosaic explanation that involves the slow work of water and ice on less than obdurate rock.

But there’s another reason the one is so much more appealing than the other, I think, and that is that the legend is full of the fire of love and rejection, of disappointment and pity. These are all emotionally-charged motivations, different in kind from the dry cause-and-effect chain of events that links the geological story.

Stories that don’t yoke the emotions will fail, more or less; those that find and exploit the emotions at the heart of otherwise heartless events, will succeed.

And wherever there’s a prosaic explanation for something, there’s also likely to be another that’s both more electric and more memorable. The first version that occurs to you might well be a little obvious, a little quotidian: water trickling over rock. Dig deeper, though, and you might well find your story piercing the mountain and emerging into the clear air of dramatic truth on the other side.

*  We spotted it from the stern of Spitzbergen, surrounded by photographers with big lenses in freezing conditions. 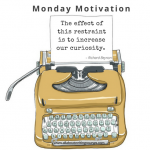 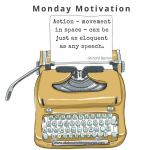