Writing Secrets: Shut up and write – you’re not boring the readers

By Jo-Anne Richards
Posted November 22, 2017
In Tips for Writers
Writing Secrets: Shut up and write – you’re not boring the readers2017-11-222017-11-22https://allaboutwritingcourses.com/wp-content/uploads/2016/12/final_logo_small.pngAll About Writing Courseshttps://allaboutwritingcourses.com/wp-content/uploads/2017/11/writing-secrets-quote-222f11-social-media.png200px200px
1 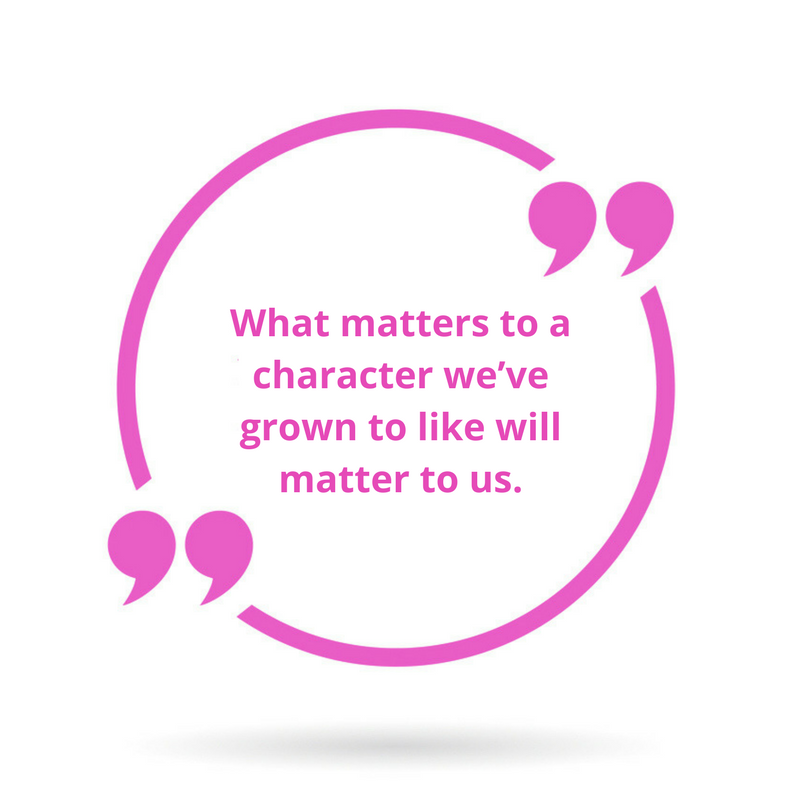 One of our mentoring participants is busy writing a charming memoir about settling in a small community – trying to make friends and build a meaningful life among the sometimes eccentric people and animals they encounter.

One of the threads running through the story is her work with disadvantaged children in the district. Recently, she wrote that a local church minister had asked if he could bring his Sunday School pupils to meet her group, promising to bring clothes and sweets.

“We suggested to our lot that they make up a play to entertain the visitors, which was greeted with much enthusiasm. For two weeks they rehearsed diligently, and I was surprisingly proud of their efforts.

“The day arrived and the visitors turned up in their Sunday best: shoes and socks and neatly combed hair. Our ragamuffins were all barefoot, and most heads had never seen a hairbrush.

“When it was time for the concert, they elbowed and pushed each other, giggled and smirked. Their words forgotten, only one or two joined in the singing. I was ready to creep under my chair with embarrassment.”

Now, there’s enormous scope here for tension and drama, and possibly comedy too … but it hasn’t been taken advantage of. Why? Certainly not because she isn’t capable. She has the ability and the humour to see the funny side. Why then?

Self-consciousness. She confessed to me that, since this was her own story, she was fearful of boring people. This is an important issue in writing. If you think your story is boring, don’t write it. But if you do write, then commit to it.

Her story is not boring. Granted, it’s not filled with grand issues, although you could argue that it encapsulates our larger issues, as small communities often do. But it’s charming, comic, poignant and fascinating, because it gives us a glimpse into a different world, which exists not that far from us.

When she plays it out, step by step (as I know she will), we’ll have our hearts in our mouths over whether this get-together will work. Partly this is to do with set-up. You can’t have a dramatic pay-off without setting it up for us beforehand.

What matters to a character we’ve grown to like will matter to us. And it will help if we’ve got to know at least a couple of the kids beforehand too. We need an earlier scene in which we see how hard they practised; how they all learnt and remembered their words. And we need to understand how very proud our character was in the final rehearsal. She couldn’t wait to show them off to the minister. They had come so far.

Then the pay-off will work. But it will only work if the drama is played out step by step in a scene. We don’t want simply to be “told” they forgot their words, snatched the food and generally misbehaved. We want to see it for ourselves in a well played out scene:

We want to see the pious little kids sitting with crossed ankle socks. And we want to see what develops: Joe and Jannie throwing glances at the visitors, then wrestling each other; Pietie hitting Lily over the head with her fairy wand… Then Jamie forgets his entrance, while the rest of them stare at the visitors, Anna puts her finger up her nose.

“Star,” our character stage-whispers from the sidelines. But they begin milling about and lose interest in the song…

Allow us to feel it and we’ll never be bored. We’ll be riveted.

For more writing tips and a little motivation click here to read Richard’s Monday Motivation: In the beginning… 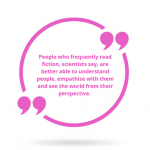 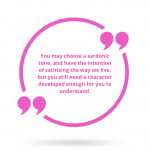 Writing Secrets: Believe in it – at least, if you expect us toJo-Anne Richard's blog, Tips for Writers