Life is just a box of stories (and writing courses)

By Richard Beynon
Posted May 3, 2018
In Newsletters, Writing Challenge
Life is just a box of stories (and writing courses)2018-05-032018-05-03https://allaboutwritingcourses.com/wp-content/uploads/2016/12/final_logo_small.pngAll About Writing Courseshttps://allaboutwritingcourses.com/wp-content/uploads/2018/05/cw_main-image-500.jpg200px200px
0

The logic of story

Our 14-day coaching programme, The Logic of Story, begins in just four short days on May 7. It explores the ways in which writers can “glue” the elements of their stories together, so that they read as harmonious wholes, rather than one damned thing after another. With an exercise each day, full feedback from either Jo-Anne Richards or me, and two live webinars during which we’ll answer questions and discuss things literary, it provides an inspirational kick in the butt that every writer needs from time to time.

Have you always wanted to write – a novel, a short story, a memoir – but never got past the first few pages? Or there might be one (or more!) manuscripts of a novel you’ve already written – but you know there’s something about it that doesn’t feel quite right. Perhaps the fear of failure overwhelms your urge to write?

If we’re right in respect of any one of these issues – or if you simply want to explore your creativity! – and you live in Cape Town, then you could enroll for our flagship Creative Writing Course with Jo-Anne.

The eight-week course kicks off on June 4 – and we’re offering an early bird discount to anyone who enrolls through our shop by May 7.

Because we’ve had a number of inquiries, we’ve decided to schedule a Creative Writing Course over just four weeks beginning on May 14. Why should you enroll for this? Well, read the excellent reasons we give for doing so in the previous item! (Early birds who enroll through our shop by May 7 get their just rewards.)

The course will run in Parkview on Mondays and Wednesdays, ending on June 6. I will be hosting it and I guarantee that you’ll both enjoy it, and profit from it. More details here.

The community is abuzz with news

Writer and writing trainer Mandy Collins, who’s just completed our film writing course, has launched an intriguing new service. It’s called, she tells us, “For Better For Words – and it offers bridal couples help with composing their vows, their speeches or anything else word related.” You’ll find more about it at www.forbetterforwords.co.za.

Marilyn Cohen De Villiers has anounced the imminent launch of the third novel in her Silverman saga, Deceive and Defend, which kicked off with A Beautiful Family several years ago after she attended one of our Creative Writing courses. Congrats, Marilyn. We’re looking forward to an enthralling read.

Several of our alumni and writers with whom we’ve formed an association will be speaking at the Kingsmead Book Fair in Johannesburg on 12 May (Corinne Rosmarin, Tanya Zack, Joanne Joseph, Redi Tlhabi and Vernon Head), and, a week later, at the Franschhoek Literary Festival in the Western Cape between 18 and 20 May (Ekow Duker, Christa Kuljian, and Vernon Head and Redi Tlhabi). It’s worth attending either festival to listen in on any of these writers (we say modestly) and to spend a day or two indulging in books and the art of writing.

And finally, here’s another treat for Johannesburg book lovers: Bridge Books will be leading a #JoziWalks tour on 19 May, The Underground Booksellers of Johannesburg, which will trace the inner-city’s literary history and informal book trade, with storytelling, poetry recitals and readings along the walk. The walk will start with coffee at Bridge Books CBD before meandering through Joburg’s historic financial district. Book tickets here.

All About Writing’s latest writing challenge offers the winner a place on our creative writing ​Coaching Programme: Focus on scenes.  It’s a fourteen step programme with your own personal writing coach. We’ll tackle a number of different issues involved in writing compelling scenes.

Your perspective character finds a body – he or she could be a detective, but doesn’t have to be. The body appears to be the victim of an unlawful killing.

Describe this scene, using specific details, dialogue, internal reflection and/or action, in such a way as to move your story forward, incite suspense in your reader and possibly give us some insight into your perspective character (and perhaps the dead character – though this is not essential).

In order to build suspense, try to include small unexplained hints and clues that might help you construct a mystery down the line. Remember, vivid details, described using all of your character’s senses, will give us a good sense of the scene, as well as both characters – dead and alive.

Your entry should be no more than 250 words long. Paste it into the body of an email and send it to pam@allaboutwritingcourses.com by midnight 31 May 2018.

The four ingredients of a compelling story

One of the most satisfying things there is, is devising a story that feels, well, complete and inevitable. The surprising ending? Yes, that should also feel as if it was destined – although unpredictable.

How do you go about achieving this admirable goal? Well, may I refer you to half a hundred books, and our entire archives?

But you can take a telescopic view of the enterprise. Viewed from afar, what is it that makes a story work?

I’d say you could boil the essential elements down to just four.

There you are. Four essential ingredients of compelling story. Simple, isn’t it?

It’s none of their business that you have to learn to write. Let them think you were born that way. – Ernest Hemingway 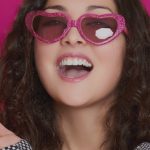