June/July Writing Challenge: Time to get opinionated (and win a literary report)

By Trish Urquhart
Posted June 4, 2018
In Writing Challenge
June/July Writing Challenge: Time to get opinionated (and win a literary report)2018-06-042020-02-24https://allaboutwritingcourses.com/wp-content/uploads/2016/12/final_logo_small.pngAll About Writing Courseshttps://allaboutwritingcourses.com/wp-content/uploads/2018/06/copy-of-copy-of-tip-here.png200px200px
1

All About Writing’s latest writing challenge offers the winner a mini book report on the first 5000 words of your manuscript (or detailed feedback on 5000 words of writing) worth ZAR 2750.

First:
Identify an opinion that you yourself hold very passionately. It could be an opinion about men… or women. It could be about the indissolubility of the marriage contract. It could concern the existence (or the non-existence) of god. It could relate to a moral conviction, or the government. Write down this conviction in a sentence.

Then:
Write a conversation between two characters, one of whom shares your conviction – and the other is critical of it. Give the critic the best possible arguments you can imagine, to counter the beliefs and assumptions of your avatar.

Your scene should be no more than 250 words long. Paste your entry into the body of an email and send it to pam@allaboutwritingcourses.com. Deadline midnight 31 July 2018.

Writers are often required to become devil’s advocates – advancing arguments – or beliefs, or assumptions, or convictions – with which they do not agree. After all, their fictional characters are not all cast in their own mould. In fact, we hope that none of them are the mere puppets of their creators, mealy-mouthing the opinions of their creators.

To give your antagonist anything less than the best possible argument in any conflict he has with your protagonist is to forego possible dramatic conflict.

So the fact that you don’t share a character’s belief, doesn’t mean that you shouldn’t do your damnedest to make that belief as believable as you possibly can.

The greatest test of an atheist writer’s skill is, surely, to create a god-fearing character whose beliefs are as compelling as they are convincing.

By the same token, the greatest test of a theistic writer’s skill is to create an atheistical character whose beliefs are as compelling as they are convincing.

Even if all we’re talking about is a taste for malt whisky, or Darjeeling tea, or Marie biscuits, then our duty is the same: to make the best case possible for our character’s idiosyncratic preferences. 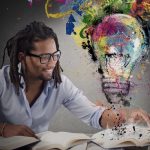 Life is just a box of stories (and writing courses)Newsletters, Writing Challenge 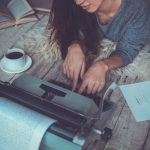