Enter our writing challenge to win a R1000 course voucher

By All About Writing
Posted February 6, 2018
In Writing Challenge, Writing Competitions
Enter our writing challenge to win a R1000 course voucher2018-02-062018-02-20https://allaboutwritingcourses.com/wp-content/uploads/2016/12/final_logo_small.pngAll About Writing Courseshttps://allaboutwritingcourses.com/wp-content/uploads/2018/02/feb-2018-challenge-sq.jpg200px200px
0

All About Writing’s latest writing challenge offers a gift voucher worth R1000, to be redeemed against any of our courses or programmes from our flagship online Creative Writing Course to our Venice Retreat.

In life, we are always forming and adjusting impressions of the people around us. Often without even realising it, we listen to what they say (and don’t say), we watch the way they react (or don’t react) and we pay attention to other people’s responses to them. Then we decide what kind of person we are dealing with.

No heavenly voice appears to tell us the “real truth” about anyone. If someone else tells us what they think of a particular person, we might pay attention, but we don’t regard it as gospel. We add it to the store of evidence we have been accumulating and we make up our own minds.

This is how writing should work too. Your readers don’t want some heavenly voice to tell them how to think. They want to build up their own evidence about people and their relationship to each other.

This is the best writing: writing that does not explain things to us, but allows us to develop our opinions of characters through the way they act and speak, or fail to do so, and their impressions of the world and people around them.

For a writer, this is further complicated by the fact that people (and characters) seldom say what they mean. In fact, they might not even be aware of how they really feel, and so would be incapable of expressing it (either in thought or, even less so, out loud).

The trick then, is to give the reader just enough clues to start building up a picture of what is really going on between your characters, perhaps before they even twig themselves. Pay attention to the things they say, or don’t say and to their body language. Also, perhaps look at your character’s sensory impressions of the environment that surrounds them.

Now write a scene in which two colleagues are having a vociferous, perhaps even vicious, argument. But try to give us a couple of clues that show us what your character (and perhaps his or her companion, as well) is not yet aware of: that they are actually crazy about each other. Or alternatively that one of them is crazy about the other.

Write this scene from the perspective of one of the colleagues – either using first person (I) or an attached third person (he/she).

Your scene should be no more than 300 words long. Paste your entry into the body of an email and send it to pam@allaboutwritingcourses.com. Deadline midnight 31 March 2018. 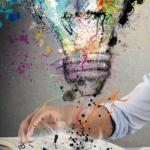 You can achieve your writing dreamsNewsletters, Tips for Writers, Writing Competitions 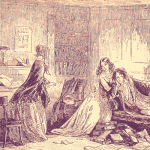 A monkey wrench, a fit of depression and a first edition of Bleak HouseWriting Challenge