Want to write your own Little Miss Sunshine?

The screenwriter, Michael Arndt, sat down at 4:27 pm on May 23, 2000, to write a screenplay he’d been toying with for some years. On the first day, he wrote twelve pages. On the second, he wrote thirty seven pages. And on the third, pulling an all-nighter, he wrote fifty four pages, wrapping up the first draft of his screenplay for what became Little Miss Sunshine.

The movie took the Sundance Festival by storm, and went on to earn over $100 million at the box office, and as much more in DVD sales and rentals.

Not bad for three days work, you might remark – although I’m not sure what Arndt’s take of those astronomical numbers was. What I do know is that he currently earns $400 000 a week in Hollywood.

The story’s often told in film industry circles as an example of one lucky sod’s extraordinary good fortune. It’s the sort of story that fills all wannabe writers with envy. If he could do it, then…

But what that story omits is this: before he set finger to keyboard, he’d already lined up the story pretty well in his imagination. He says, “The hard work of writing is getting all your ideas lined up.”

The second thing that’s usually omitted from the story is that after that first draft, he spent another six years rewriting and revising and refining it – and was working on the ending until just days before it was shot in 2006.

The third thing that’s omitted from the story, is that he was already a master craftsman when he began. He had absorbed the skills of character development, of film structure, of visual writing, of dialogue.

So what the full story tells us is that writing screenplays – or television scripts – is not as easy as, from a distance, it sometimes seems. It also tells us that an absolute essential is that you should develop the skills of the craft before you can hope to write your own Little Miss Sunshine.

We’re teaching those basic skills – ten of them – across five weeks starting on November 1 on our online programme, the Screenwriting Crash Course. If you want to follow in Michael Arndt’s footsteps, why not join us for an exhilarating introduction to the craft of screenwriting? 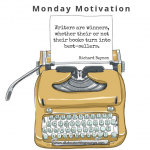 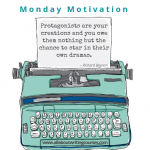