Announcing the winners of the October/November Writing Challenge

There were loads of entries for the October-November writing challenge. If you remember, we challenged you to “describe your bedroom in such a way as to give us an insight into who you are. Try to build up a picture of some of your internal contradictions or complexities – and possibly of the person with whom you share the room.

There’s something about a room, something specifically about that most intimate of rooms, your bedroom, that inspires us as writers to sink deep, fast. Speaking generally, I think it’s probably impossible to describe a bedroom, particularly your own, without saying something very revealing about its occupant.

So we really do appreciate the candour with which every one of you approached this exercise. What separated the winners and the runners up from the others was really that issue of complexity. Which is another word, I suppose, for internal conflict.

Overall winner is Bindi Davies with a very powerfully evocative portrait of a room, and of a protagonist still caught in the throes of grief. Anyone who wants to learn something about restraint in capturing powerful emotions should read this.

Runners up are Tayla Kaplan and Helen Nevin. Tayla catches very precisely the loneliness of someone whose partner has been called away for a prolonged period, while Helen presents with humour and irony a snapshot of an old and well-worn relationship.

Honorable mentions go to three very different entries. Jenny Alence, in her usual very precise, accurate and lyrical way, describes a room where the slight tension emerges from a hardly perceptible tug between past and present; Sam Dymond gives us a bedroom turned cinder by fire, again very accurate and restrained; and Osoch Ogun whose bedroom is filled with a silent other, and his own demonic, passionate energy.

From the wingback chair, my one-eyed teddy greets me with a glassy stare. Doug beams at me from our honeymoon photo, propped against my bedside lamp. His suntanned arms wrap protectively around my bare shoulders, and I’m grinning too, unaware that this will be our last photo together. Alongside it lies my kindle, its light a solid green, charged for the night ahead. On the matching oak pedestal, Doug’s Stephen Leather book rests, its brown-tasseled marker forever stuck in the middle. The air feels clammy, despite the relentless drone of the ceiling fan. All seems as I left it this morning, even the beige curtains, drawn across my grief.

But I can tell his sons have been here.

Is it the trace of unfamiliar cologne? Or is it Baxter, snuffling at the base of Doug’s wardrobe? Squeaking the door open, I see the pile of tee-shirts has shrunk, the cufflink boxes are missing, the tie rack less choked. The cupboard is a carcass, almost picked clean. I clamber into the hanging section, panic rising in my chest. But, although his suits are gone, the blue shirt is still there. Burying my face into it, I breathe in the fading musky smell.

As I cross the Persian runner, slimy from Baxter’s morning bone, my heart’s in my throat. I check my own wardrobe. But Doug’s exactly where I left him. Wrapped in a cardboard box, nestled amongst my underwear.

As I slump onto the bed, the oak headboard hammers its reminder.

His body is carefully constructed out of two rectangular pillows and one plushy squishable one for my arms. They are placed lengthwise in the centre of the bed, firm except for a dent from where my thigh rests on the cool cotton. A portable charger  waits to report for duty, my cell on loud, plugged in to turbojuice the unit. I glance in the mirror. The overhead light casts an unflattering shadow down my nose. I flick the lamp instead and nudge across the cleansing wipes. 10pm. Lunch break. Go-time. I turn off the tired fan beating at the thick soupy air and slash on some lipstick, yanking a wipe under my eyes to catch renegade mascara. The chiming cheerful pops of Skype smash the silence and I stub my nail too fast. His face appears, pixellated, blurry and frostbitten. “Hello, my love,” he crackles over the distance. A delivery truck trundles behind him. A car alarm whines, triggered. “79 days to go!” I chirp, clenching the damp wipe into my fist. He smiles and his face freezes, distorting monstrously. “B-a-a-a-a-be?” “Yes? I’m here!” Skype tells me the call has dropped. Sorry angel. Break’s over. We’ll try again tomorrow xxx. I reply with a heart, smear my makeup off with the remains of the wipe and slide in my GrindCure teeth guard. I snuggle into his pillows and if I breathe just right, I can feel him breathe too.

It is an honest bedroom. In summer it smells of deodorant and the frenzy of the South Easter as it whips through the windows. In winter the carpet harbours a wet labrador smell from the two hounds who will play in the rain, but won’t sleep outside.

We built the bedroom, and the house, and the children who have left to make their own memories. We have never had to defend our citadel from marauders, and we don’t do guns. Husband does have a weapon behind the bedside table, just in case. It’s a golf club. I, on the other hand hope that anyone who enters will just trip over the labradors.

The brushes on the dressing table sprout grey hair. The hairs may well diminish, and in time there may well be only one brush. The discarded shirt which is unable to find its way to the washing basket is still a source of irritation. My haphazard pile of books is a perfect perch for a mug of coffee.

Over the bed is a large painting of a water lily. It is swirl of blues and it is happy, but it refuses to hang straight. The years have seen changes in furniture and curtains, but the painting remains, smiling its crooked smile. I prefer it like that.

The candle shivers and cringes as if from a passing menace. But soon the flame is straight and still again and there are no moving shadows on the ceiling where brown-yellow patterns make maps, another world, a bare bulb in the middle. On the ground it is much busier with things. The chair is high with clothes. Plates and bowls and coffee cups have gathered on the dressing table, but front and centre a half bottle of perfume stands. The top is silver and grand, like a Deco building. The liquid is brandy amber and very sensitive. Footsteps can make tiny shivery waves.

Morning is another country, with no shield against the light that flattens the room and shows it all up. There is one picture on the wall, a drawing that is all in blue. Three blue girls dressed in olden day ruffles are on a mountain. They stare amiably together into the distance, wind in their blue hair.

Inside, a long white sleeve escapes the crumple on the chair. It hangs in lifeless abandon, almost reaching the wooden floor, which is splinter-dry where the sun squats. When the light creeps up the bed and onto the duvet, the faded floral blooms a little bit and seems warmed into giving off a scent. But actually it’s the wafts of Mimosa from outside. Sometimes the little yellow tufts bend politely into view behind the bars.

Crispy, the floor that is. I dodged some crumbly ceiling, spooky stalactites clawing blindly, shuffling along carefully, avoiding any surface. The ash spiraled and eddied around my feet. Sneezing, I blocked the stink. I tugged at the desk drawers and a stack of books tippled down in a scruffy cascade, little bats of flapping carbon. My pens lay twisted, a cluster of Pompeian corpses. Molten glass and ink flakes had pooled in the bottom.

She had shrunk. Maybe the fire had dried her out a little. She started to cry again, sniffling into a grubby little hanky. Dad arrived, you could hear him a mile away stomping around “Those idiots, they wired up the alarm all wrong.” Or was it last nights crazy lightning storm that sparked the ancient thatch. Only the insurance guys could answer that one.

The bed was surrounded by the entourage of my life. Melted one-eyed teddies, sports ribbons, notebooks, togbags, all in matching black. I knelt down and looked under the bed, wondering if my box of tricks survived, hmmmmm, I pulled it out. Charred and buckled but still in one piece. The lid was stuck, I stashed it in my bag and stood wearily.

The devastation was getting too much, those cliches were true. A spiral of cool wind tumbled through the skeleton of a door, it picked me up and took me away.

Most of the time, guy sits on his bed. His legs stretching endlessly on the sheets and a laptop humming on his lap. I’ve never really understood what he does on his laptop but I guess it’s somewhat musical, as he always has this massive headphones on, the size of satellite dishes. And he whistles, to soundless music, unheard choruses. He only gets up when going to the loo or lunch. Leaving the sheets crumpled with guilt and the ache of supporting such heaviness, all day long.

I feel sorry for him. All alone, in the virtual world, not talking to real people. But you can never tell, maybe he feels sorry for me, craving for the world’s attention. We rarely talk. Even though I’m this loudmouthed negro, in his presence, words never come. They take a sabbatical from my throat and I find myself sucked into his kingdom. A place of shaking of heads and ghostly silence. There’s a charm to its darkness, this conviction which makes you its child, for a while.

When I can’t take it no more, I fling myself from bed to dance. I suck at it but it helps to clear my mind. In the sickening silence, I twist my body like a cobra eyeing its prey. Never has my roommate commented on my dancing. Guy is just in his world, a medicated slumber of virtual reality. So I dance for the creamy walls, I dance for the leaky ceiling and our tiled floor. 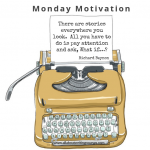 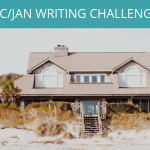