February Newsletter: Want to see your name in lights?

By Richard Beynon
Posted February 7, 2019
In Newsletters
February Newsletter: Want to see your name in lights?2019-02-072019-02-13https://allaboutwritingcourses.com/wp-content/uploads/2016/12/final_logo_small.pngAll About Writing Courseshttps://allaboutwritingcourses.com/wp-content/uploads/2019/02/kat-stokes-1157383-unsplash.jpg200px200px
0

Want to see your name in lights?

We launch our first Screenwriting Crash Course of 2019 in a week’s time. It is, we think not quite modestly, a really good course, both practical and inspiring. Here’s what Sally Andrew thinks:

“I really enjoyed this course. There was a lovely combination of theory and practice: readings, scripts, movie excerpts to watch, and screen-writing exercises. Richard and Michele gave such careful, considered and constructive feedback to our assignments. I learned a lot and had good fun too. Thank you!” Sally, of course, is the author of the fabulous Tannie Maria mysteries – two down and more, we understand, in the pipeline. Plus, we hope, the enticing possibility of a movie…

Lance Jooste has also done the Crash Course. Here’s what he said about the experience:

“The Screenwriting Crash Course was an incredible learning experience with in-depth feedback from Michele and Richard on each assignment. I found their feedback challenged me to dig beneath the surface in my storytelling and gave me new inspiration to continue writing.”

The question is: why learn to write film or television scripts at all if you’re not committed to a career in the industry? If you do want to break into the world of film and television, then clearly you need to enrol! But what if you don’t? Well, there are many answers. But the one we like best was written by one of the joint developers of the course, author and screenwriter, Michele Rowe. Here’s an excerpt:

“One of the thrills of teaching other writers how to write screenplays, is seeing this same verve, immediacy and energy taking shape in their assignments, to witness them catch the bug, to see how much fun and originality they bring to the medium… both Richard and I are always astonished at how inventive our participants are, at how much they enjoy the courses, at how much they bring to the process.”

So, for the sheer excitement of stretching your boundaries, for lessons in thinking visually (useful to all writers), and for learning the skills you’d need if you do want to write for the small or the large screen, consider signing up for our Screenwriting Crash Course.

We, in association with Helen Webster and Pierre Brouard, are in the midst of a writing project with a group of long-serving prisoners at Zonderwater Prison. They want to tell their stories and Helen and Pierre are helping give them the skills they need to do so. The group is halfway through the process and a series of fascinating stories is beginning to emerge. Here’s an extract from one prisoner’s story:

“The charge office had a musty smell from years of dirt and grime that no normal person once would want to make their permanent residence. No family portraits to be seen. Faded cream coloured walls. No posters except one: ‘Report corruption’. In the centre, a desk stained black ink from years of fingerprint taking.

The swollen-lipped cop told Alex to remove his belt and shoelaces. He refused. He was innocent and his laces and belt were his only form of protection. Without them he felt vulnerable, that he could be murdered. He had to escape.

As the cop bent down to loosen Alex’s shoelaces, he hit him square on the jaw and the cop hit the floor. Alex started beating the other cops. As they ran out the charge office, the half unconscious cop got up. Alex reach for his gun but it slipped out of his hand. His opportunity was gone.”

Pierre and Helen have thrown themselves into the project, devoting simply enormous amounts of time to the work, from designing the course, to traveling to Zonderwater once a month to facilitate the workshops, to typing up the handwritten stories. We’d like to thank them, and Macmillan Education, Pam Cheesman, Clare Blatchford and Victoria Young for their generous donations.

But we do need more simply to pay for Pierre and Helen’s transport costs getting to and from Zonderwater and we’d really like to give them honorariums. If you believe that everyone, regardless of their circumstances, have the right to tell their stories, then please donate, however little. It’s easy to do so and we would be most grateful for your support.

And the winners of our December January writing challenge are…

We had a great sheaf of entries for our December/January Challenge. The winner takes not only the laurels, but either a literary assessment of 5000 words of a manuscript in development – or a voucher to the value of R2 750 that can be redeemed against any one of our courses.

But there’s more than a prize at stake here. What entering our bi-monthly creative writing challenges give you is a chance to tackle something, not of your own devising (that makes it easier and, paradoxically, more difficult!) on a small canvas. It gives you the chance to take risks that you might be loath to in something more precisely your own. And it gives you a chance, in a small, focused way, to sharpen a very specific skill or technique.

Well, it gives me great pleasure to tell you that Susan Bentley, who’s currently enrolled on our mentoring programme, won with her subtle, detailed and evocative response. What we admired about it is the careful and misleading set-up and the phrase that detonates at the end like a small but perfectly shaped explosive charge.

The runners up, in alphabetical order are:

Jane D’Abbs, for the subtlety and the density of her contrasts. We thought that the final reference to blood could easily have been omitted, such was the power of the preceding images.

Yvonne Deschamps, for the beautifully balanced contrast between the child’s and the adult’s experience, with only the most oblique reference to the trauma that must have occurred.

Phil Flockton, for the sheer specificity and precision of his details, and for the fact that he holds back the identity of the person we assume was responsible for the trauma. (Restraint is a writer’s best friend.)

Karuna for the horror implicit in the final lines of her piece.

Sarah Stacey, for the simple clarity of her descriptions. And

Simon Winter for the (neatly balanced) shock of his final line.

And, of course, kudos go to everyone one of you who entered!

And on to the next writing challenge! Remember, the winner gets a literary assessment of 5 000 words of a writing project she’s developing, or a voucher to the value of R2 750 which she can put towards any one of our writing courses.

Eva Mazza launched her book, Sex, Lies & Stellenbosch at a sell out launch in Stellenbosch this week. She’ll be launching in Johannesburg on 27 February at Love Books and in Cape Town on 6 March. Eva was busy with a polish of the MS on our Venice Retreat last year – and tussling with ghosts in the master bedroom.

Alissa Baxter, Regency novelist supreme, with four (or is it five?) novels to her name was “pleased to announce that I have signed an agreement with a literary agent (from the Seymour Agency in NYC) for my latest Regency novel.”

Penny Castle’s memoir, Cultivating Happiness, was published on 22 January. The book tells the story of Penny’s madcap chase in pursuit of that most elusive of conditions: happiness. Only after a series of hilarious adventures, does she realise the true path to happiness lies right in front of her. You can find it at any one of these online bookstores. Congratulations all of you! 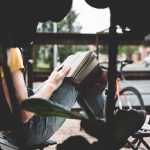 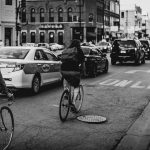 March Newsletter: What draws us to write about our travels?All About Writing, Newsletters, Writing Challenge