Monday Motivation: A yeasty tale of bread and inspiration

I had a long conversation with a breadmaker last night. It was the occasion of a friend’s seventieth birthday party, and the tables groaned beneath a range of dishes too various and numerous to name. But chief amongst them was a breadboard with two singular, round loaves of sourdough bread – both the product of the breadmaker’s craft.

I asked him to describe the making of one of his sourdough loaves, a slice of which I had just consumed, and for the next several minutes he did just that, explaining precisely and with lyrical passion, the various steps involved in the baking of a loaf of his bread.

I can’t pretend to replicate his description, because it involves terms and processes that I’m not familiar with. But what struck me about it was, not only his passion, but also the remarkable parallels between the making of bread, and the crafting of stories.

The most memorable stories are simple as bread: a mix of flour, salt, water and yeast. Or, to transpose these into the most basic story elements: good characters, a dramatic setting, a good beginning rising to a nail-biting climax.

But of course there’s much more to bread than the ingredients. I examined the slice of sourdough. Contained within its crust was the soft, chewy interior, itself intricately structured, blending carbohydrates with air.

Stories, likewise, employ some sort of overall structural element – often called the spine – to hold its elements in place. But within that enclosing or supportive macro-structure, there is the micro-structure: threads of narrative connective tissue that binds scenes together.

A thoughtful writer will leaven his drama with touches of airy humour, to avoid any sense of stodginess. He’ll want his story to be nurturing, challengingly chewy without being indigestible.

Cooks, of course, steal recipes from each other. Bad cooks do so slavishly, so that although the dishes they’ve conjured from purloined ideas may be delicious, there’s something felonious about their activities. Good cooks steal ideas – but then extend and elaborate upon them and, acknowledging their sources and their inspiration, create new dishes even more delectable than the originals.

Bad writers plagiarise; good writers open themselves to the influence of past writers, and borrow and extend both story and style of those who came before them.

But parallels aside, food offers writers a dimension of sensation (and metaphor) that I don’t think most of us exploit sufficiently.

Think of stories like Isak Dinesen’s Babette’s Feast, or Joanne Harris’s Chocolat. Think, rather closer to home, of Sally Andrew’s Tannie Maria stories, where mayhem and murder blend rather well with kitchen confections. Or Jo-Anne Richards’ The Innocence of Roast Chicken, in which the protagonist’s pet chicken appears, roasted, on the family diningroom table. Or step back a century or more, and think of Hansel and Gretel and the gingerbread house (and don’t forget the cannibalistic witch within).

It is, of course, no wonder, that food is such a staple ingredient of fiction, since the pleasures of the palette are amongst our most intense and immediate.

Before our friend’s seventieth was over, we invited the breadmaker to spend a day with us teaching us the rudiments of his craft.

I wouldn’t be surprised to find a distinct improvement in my writing as a result. 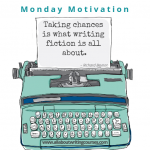 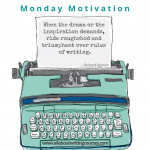