Monday Motivation: Start your writing day with a little jumping and climbing 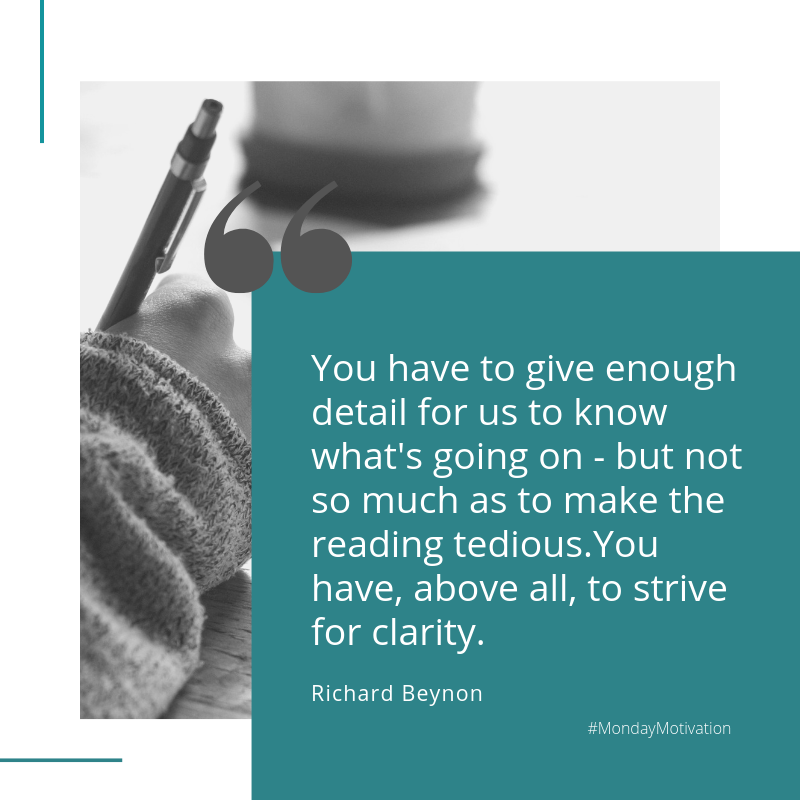 Start every morning with a little strenuous exercise. Well, of course it would be good for you to walk around the park, or swim twenty lengths, but I’m actually not talking about that kind of exercise today.

I’m talking about the exercise you need to give your protagonist in an action scene.

Here are a few prompts:

What should be your watchwords in describing action of this kind? Well, you have to give enough detail for us to know precisely what’s going on – but not so much as to make the reading tedious.

You have, above all, to strive for clarity.

You have to ask yourself, as you write each sentence, whether you’re being as accurate as you can be.

And, finally, you have to remember that while these are all quite technical challenges, you can’t forget about your protagonist’s sense of urgency, or jeopardy, or danger.

No one writes this sort of stuff better than Stephen King. I recently reread his break-through novel, Carrie. Here a boy called Billy prepares his girlfriend’s revenge on Carrie. The annual prom is about to take place, and Billy’s girlfriend has a very good idea that Carrie will be voted queen of the prom. Now read on:

Billy turned off the flashlight, walked to the left-hand edge of the apron, and mounted a steel-runged ladder bolted to the wall. The contents of his brown bag, which he had tucked into his shirt for safety, jingled with a strange, hollow jolliness in the deserted gymnasium.

At the top of the ladder was a small platform. Now, as he faced outward toward the apron, the stage flies were to his right, the gym itself on his left. In the flies the Dramatic Club props were stored, some of them dating back to the 1920s. A bust of Pallas, used in some ancient dramatic version of Poe’s ‘The Raven,’ stared at Billy with blind, floating eyes from atop a rusting bedspring. Straight ahead, a steel girder ran out over the apron. Lights to be used against the mural were bolted to the bottom of it.

He stepped out on to it and walked effortlessly, without fear, over the drop. He was humming a popular tune under his breath. The beam was inch-thick with dust, and he left long shuffling tracks. Halfway he stopped, dropped to his knees, and peered down.

Notice the meticulous attention King pays to the details. He wants you to know precisely which way Billy is facing up on the platform over the stage. He describes the old stage prop – a wonderful detail referencing one of the great horror stories of the nineteenth century. He wants you to feel, with Billy, the cavernous, echoing auditorium.

This is just an extract of a much larger action sequence. We’ve already tracked Billy’s arrival at the deserted school. We’ve watched him assemble his tools and the two buckets of blood that feature so prominently in the story to come. And we will watch as he carefully assembles the pulleys required by his scheme to upend the buckets over the prom king and queen later in the evening.

The question of course is: why go to all this trouble? Couldn’t King simply have told us that Billy broke in, rigged two pulleys in such a way as to enable his girlfriend to upend the buckets of blood over her sworn enemy, Carrie – and left it at that?

Had he done that, he’d have sacrificed the capacity of his scene to invite his reader into the auditorium, to have his reader rise with Billy into the darkness above the stage, anticipate with Billy the macabre series of events that he was planning, and feel a dreadful frisson of horror at what his plan, if it succeeds, will unleash.

In short, this meticulous, accurate account of the set-up not only enables us to immerse ourselves in the drama – but it also stimulates our sense of anticipation for what is yet to unfold in the tumultuous pay-off scenes.

So flex your biceps, do a couple of ab crunches, boot up your computer and get stuck into a vigorous action sequence. It’ll do your writing no end of good.

P.S. By the way, if you do want to have a go at one of the prompts, send your scenes to info@allaboutwritingcourses.com and I’ll give you the briefest of feedback in response. 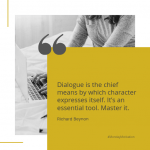 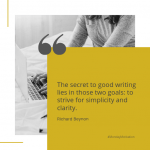