Monday Motivation: Story is alive and well on the small screen 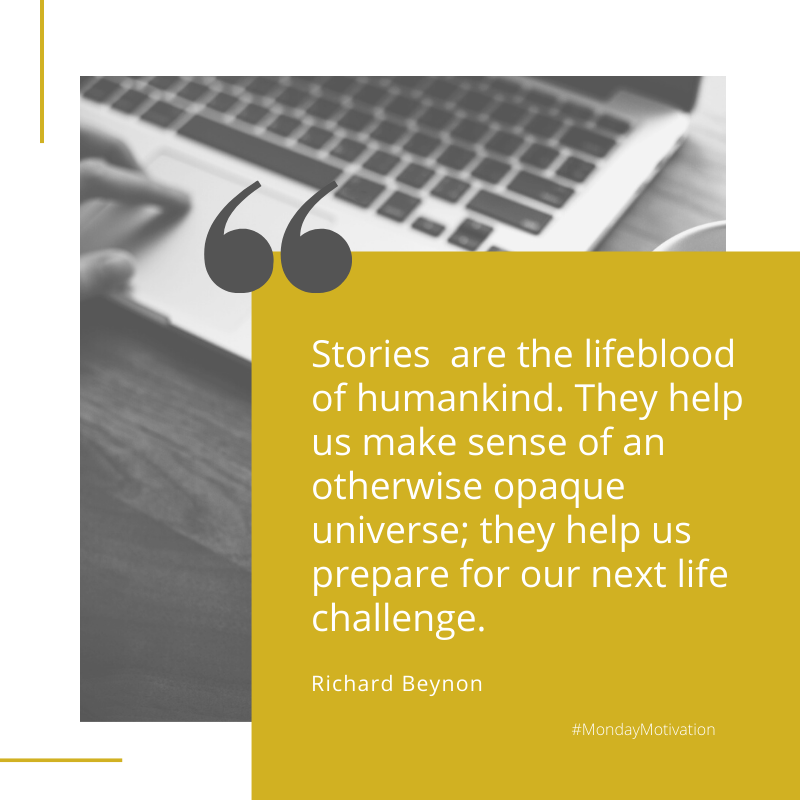 Of course, we’re all members of the box-set society. No social gathering passes these days without someone asking for recommendations about the latest, or the best, or the overlooked gems of Netflix or Amazon or BBC iPlayer, or HBO or…

We confess, with a kind of guilty pleasure, to having watched every episode of Game of Thrones, or Breaking Bad, or Orange is the New Black. We eagerly pass on the news that Apple is about to launch its own video streaming service.

Some of us lament what we believe is the passing of the age in which our primary focus was the latest novel from the pen of a favourite author.

My conviction has always been, however, that all these mediums work in partnership, are devoted to the same endeavor: they tell stories. And stories, as I’ve said before, are the lifeblood of humankind. They help us make sense of an otherwise opaque universe; they help us prepare for our next life challenge; they celebrate our victories and memorialise our defeats.

So I don’t believe that one of these forms – the movie, the box set, the novel – wins at the expense of the others. Rather, they feed off each other, providing platforms and inspirations that move writers to explore the infinite possibilities of the universe of story.

This was brought home to me with uncommon force this last week when I decided to take myself to bed early. I took my laptop to bed with me – a security precaution South Africans will recognize – and decided, idly, to check Netflix in the hopes of finding something to while away an hour before drowsiness overcame me.

I scrolled through all the alternatives. Nothing grabbed me until I came across a name that rang a bell. It must have been mentioned in one of those “What have you seen recently” conversations. It was called Unbelievable. Not a title that would normally catch my attention. But hadn’t someone said it was worth watching? And then a name – one of the originators of the eight-part series – caught my eye. Michael Chabon. Well, now, that rang a whole peal of bells. Author of The Wonder Boys,  The Amazing Adventures of Kavalier and Clay and many others; winner of a Pulitzer, a Nebula and a Hugo.

So I started watching. One episode would do me nicely, I thought…

Well, you know how these stories end… I pushed the laptop, its battery almost exhausted, to one side of the bed and blearily checked the time. Two thirty-seven. I’d watched the whole series, all eight episodes of it.

And realized that what I’d just experienced was a demonstration of just how far television has come. Unbelievable is a story about the search for a serial rapist – but it also tells a tale of a great injustice. Its three central characters are all women and so its perspective is thoroughly and refreshingly female. Each of the characters is distinctive, memorable, singular in every way. The narrative is compelling and suspenseful. But above all, the series – its writing, its direction, its acting – is suffused with a sense of quite extraordinary compassion.

It’s a police procedural. It tracks the hunt for the rapist by two women detectives. But it never sacrifices the human dimension of the story to the usual dramatic tropes. It is by turns slow, meditative, frustrating, real.

The next day, after I’d recovered from my marathon viewing session, I researched the series and discovered that it was based closely on a piece of creative long-form journalism – An Unbelievable Story of Rape by T. Christian Miller and Ken Armstrong, for which they won their own Pulitzer.

So there you have it: a rigorous investigative work of creative non-fiction is spotted by one of America’s foremost writers of fiction, and, together with a team of writers, directors and actors turns it into what I believe is one of the best works for television produced in the last decade or more.

Read Jo-Anne’s latest blog: ‘Writing Secrets: A little bridge over all that mud’ 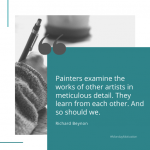 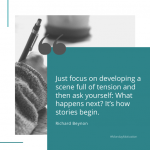