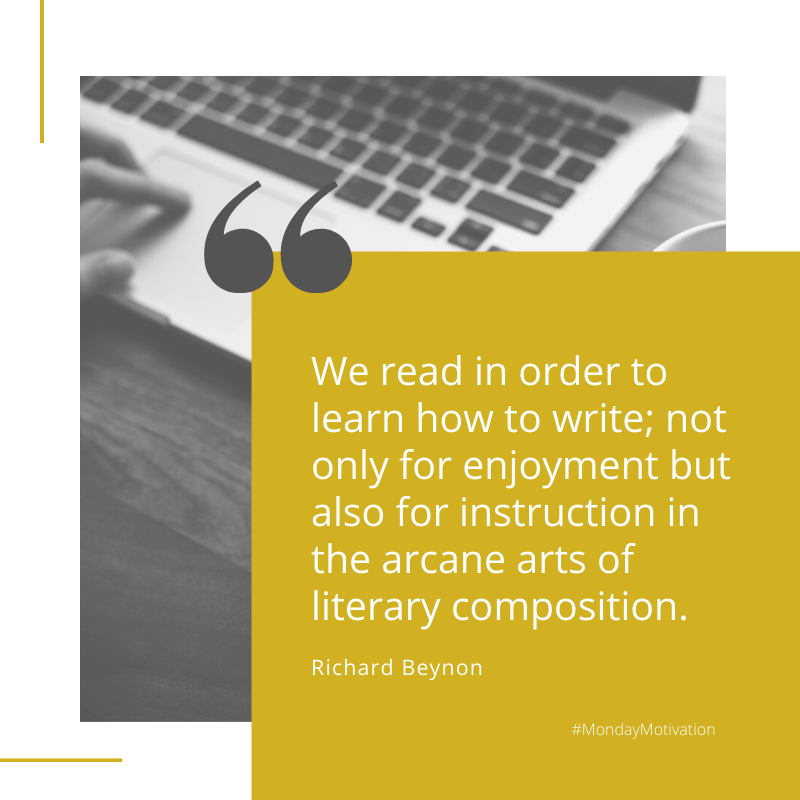 There are at least two reasons that writers should always have a book on their bedside table, or be immersed in several books simultaneously. (The New York Times regularly runs interviews with established writers on the books they’re either currently reading or intend soon to be reading.*)

The first is obvious.

We read because we love to read.

It provokes and satisfies our curiosity. It stimulates our imagination. It shocks and surprises us. The act of reading itself, the process of immersing ourselves in other lives and other journeys, nurtures our minds and our souls.

The second reason is much more practical.

We read in order to learn how to write, just as Dickens did, and George Elliot did, and Tolstoy did.

I don’t idly bring Tolstoy into the conversation. The fact is, I, my partner Trish, and our daughter Maria, have just started reading Anna Karenina together (but apart).

We were partly prompted to do this by the coronavirus (that organism has so much to answer for) – and partly by a similar project being run in the US (on a much larger scale, with a great many participants, on Tolstoy’s other great masterpiece, War and Peace).

The idea is that we’ll read a certain number of chapters every week, and then meet virtually with Maria, who’s in New York, to discuss our responses to what we’ve read.

For a start, we set out to read the first 23 chapters. That’s not as intimidating a target as it sounds since Tolstoy’s chapters are very short. Our allotment ends with a ball at which Kitty discovers that her lover, Vronsky, does not reciprocate her love in the way she’d imagined he did.

My agenda in reading the book – which I have read once before, but so long ago that I have virtually no recall of the details of the story – is to identify the techniques that Tolstoy employs to present his characters and tell his story. This is not the sort of analysis that university students of English would undertake. What I’m interested in is how Tolstoy achieves his effects; what can I learn that would help me improve my own writing.

So I’ll be wearing two hats in my reading of Karenina. I will most unambiguously be hoping to enjoy the sleigh ride, there’s no question of that. But I will also have more than half an eye on Tolstoy’s method. Do I believe that these objectives are mutually compatible? Absolutely. Indeed, I believe that it is virtually impossible for writers serious about their writing to read without appreciating the artifice involved.

So that’s my thought for the week – a modest one, but sometimes the modest ideas are the best ones, wouldn’t you say? Read not only for enjoyment but also for instruction in the arcane arts of literary composition. Note the cunning way in which writers introduce characters; note the sly way in which they foreshadow themes; note their reticence; not the shape of their scenes; note the care they take with individual sentences; not their attention to the essential drama of their unfolding story…

And as a bonus (for me as much as for you) over the next several months (Karenina is an exceedingly long book) I will retail some of the writing strategies I unearth.

*Recently, Joseph E. Stiglitz, the Nobel prize-winning economist, was revealed to have the following books on his bedside table: Ernest Hemingway’s A Moveable Feast; Philippe Sands’ The Ratline;  Jill Lepore’s These Truths; Ivan Krastev and Stephen Holmes’s The Light that Failed; Ian McEwan’s The Cockroach. “A book,” he said, “ that was on my nightstand, but I have since read, is Hannah Lillith Assadi’s beautiful Sonora…”

Read Jo-Anne’s latest blog: ‘Writing Secrets: Stories never tire, but our telling on them can‘

Richard Beynon
Richard Beynon is a story consultant and an award-winning film and television scriptwriter with a long and accomplished career in the industry. He has written for – or headed the storytelling teams of – many of country’s most popular soaps, dramas and comedies. These include S’gudi snaysi, Going Up, Soul City, Isidingo, Scandal, Rhythm City and Isibaya. A former journalist for the Rand Daily Mail, he has conceived, shaped and written scores of documentaries. He has lectured on writing for film and television at Wits University.
Recent Posts
Comments