By Richard Beynon
Posted August 10, 2020
In How to write a book, Monday Motivation, Richard Beynon's blog
Monday Motivation: Story and the Darwinian revolution2020-08-102021-10-08https://allaboutwritingcourses.com/wp-content/uploads/2016/12/final_logo_small.pngAll About Writing Courseshttps://allaboutwritingcourses.com/wp-content/uploads/2020/02/2020-banners-2-19.png200px200px
0 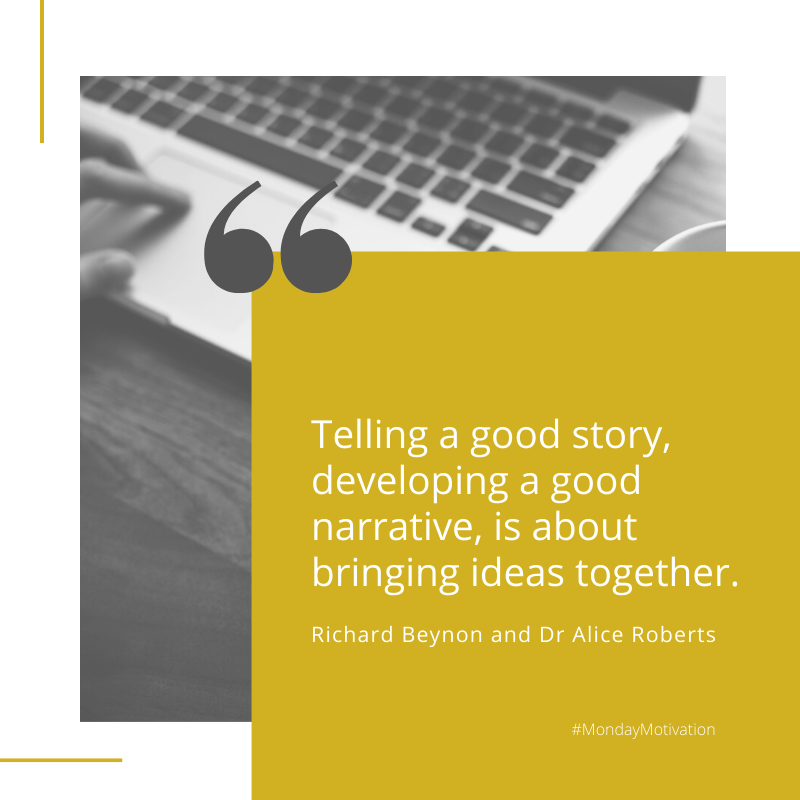 Story is woven through the fabric of human society, through our history, our customs, our institutions. It is the vector of communication and persuasion. It supports relationships. It generates inspiration.

So in a way I wasn’t surprised when a conversation I was listening to on the BBC turned naturally to story.

The two people involved were an anatomist and anthropologist, Dr Alice Roberts – and Jim Al Khalili, who hosts a programme called The Life Scientific.

Now Alice Roberts is herself a force of nature. Trained as a doctor, she taught anatomy for some years before turning her attention to the broader subjects of anatomical anthropology and the evolution of modern humans. She’s written and presented a swathe of television programmes on evolution, anthropology, archaeology and – wild swimming. It’s difficult to keep up with the woman.

Her current position as Professor of the Public Engagement in Science at the University of Brimingham tells you something about her passion for spreading a deeper appreciation of science.

Which also means that she has an unusually acute understanding of the role of storytelling in popularising science.

Which brings me to the conversation she was having with Jim Al Khalili. He kicked it off with a question: Did she think that telling good stories was an important skill in popular science writing?

Telling a good story, developing a good narrative, is about bringing ideas together, she said. “It’s about assembling ideas in a way that makes sense. And so I think it’s incredibly valuable in communication.”

But, she argued, you can take the argument a step further. After all, aren’t hypotheses – in its simplest form, the argument that A causes B – themselves stories that explain how the world works? “Maybe,” she said, “we need more of a focus on narrative, or storytelling in the sciences.”

And then she told the story of Darwin’s announcement of his world-changing theory of natural selection. He and Alfred Russel Wallace in 1858 jointly published papers which revealed natural selection as the mechanism of evolution through London’s Linnean Society, the world’s oldest biological society. The papers were received with polite interest by the scientific community. As Roberts says, “nobody blinked an eye”. The annual report of the society declared that nothing of particular importance had taken place in their field that year.

But then, in 1859, Darwin published his popular science account of evolution, On the Origin of Species, in which he laid out the foundations of his fundamental insights.  The book is a story – and it had an immediate impact. As Alice Roberts says, “it’s not just the general readership that goes, ‘This is amazing’; it’s scientists themselves who start to say, ‘Hang on a minute, I think he’s on to something.’”

A dry and abstract paper fell into the pond of scientific discourse without causing a ripple. The story of evolution by natural selection shook the world and changed forever our understanding of our own place in nature.

We writers are the students of one of the most important instruments of understanding and persuasion that humans have ever devised: the story. It’s an astonishing and, I think, an inspiring thought. 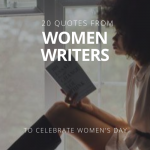 20 Quotes on Writing from South African Women WritersFree content, How to write a book, Quotes for Writers