The winner of the October/November Writing Challenge is…

A smaller crop than usual greeted us when we opened the big box allocated to the Writing Challenge entries. Perhaps covid has taken a toll of our imaginations, along with everything else. Or perhaps it’s just that time of year…

Still, we’re not complaining. The quality of the submissions has been steadily growing over the months (and years), and the winner this month brings a rare mix of humour and tough-minded acceptance to a very difficult subject indeed.

This time around, we called for flash fiction on the theme of flight. Give a toast to Barbara Matthews for her bleak (and yet somehow funny) take on her narrator’s first plane trip after a cancer diagnosis. She wins a literary assessment worth R2750, or a voucher towards one or more of our other courses. Congrats, Barbara.

Runners up in this final challenge of 2020 are Jill Dineen, for her amusing account of the transmigration of a tabby cat’s soul; Caroline Harmer, for her story about a pilot with an actionable sense of humour;  and Sal Carter for her cleverly misleading piece on a flyer of a different stripe. Read all the winning entries below.

Well done all of you – and thanks to the entire cohort of writers who submitted stories about flight and flying. We love you all – this year and next. There’s still time to enter our December / January challenge!

“Beef or chicken?” The hostess asks.

I shake my head and push earphones into my ears and tap at the seat’s video display. Drowning out other sounds accentuates the two-stroke of my heartbeat. You’d think I’d have calmed down by now. Thirty minutes into the movie I go to the toilet. Again.

A hoodie-ed teenager two seats behind me watches ‘Breaking Bad’. I never figured it out. I know Walter was cooking meth, but was it fight or flight?

His wife leaned across and took my hand. “You just have to be positive.”

I imagine my obituary. “She died peacefully after a long battle bravely borne”. I’ve never thought of cliché in terms of a physical thing but I feel like I’ve been decoupaged onto a greeting card and displayed on the rack labeled ‘Sympathy’. That word in the dictionary somewhere between shit and syphilis.

I’m four small days into being a cancer person and I’m already a cliché. My kidney pays no heed as its relentless monster cells drip blood into my urine. I keep looking in the toilet bowl, hoping the blood will disappear. It doesn’t

Flight? Not possible. Not even where I sit, on the plane dashing me homeward. Fight cliché or cancer. Hobson’s frikking choice. I get why Walter decided to cook meth, seems reasonable given the alternatives.

He hated this part of his job description. Director of Souls Transitioning to The Next Realm. It was a huge headache when they got stuck. Mike checked the coordinates, jammed the iPod back in his bag, adjusted his night goggles and swooped downwards. The cottage was tiny. He peered in through the kitchen window.

Clutter everywhere. Hmmm. How to get in, get the target and get out again undetected? Sucking in his stomach and pinning his wings back with his elbows he shuffled sideways towards the target. On the table was a curled-up cat, its soul hovering above it.

Holding his breath, Mike leaned forward and stretching out his arms, reached out towards the shimmering purple disc. As he grabbed it, his wings spread and plates, cups, and saucers plunged off a shelf with a shattering crash. Two dogs sleeping under the table started barking.  Mike hissed ‘Shuddup ’ through clenched teeth. The spaniel continued to bark, reversing into the door, while the Bull Terrier sank its teeth into his robe, its evil, slitty little eyes glowered up at him. Mike gave it his best death stare.

‘Mission abort, mission abort.’ He yelled into his helmet mic. A holy wind thrust him spiralling out through the roof and then whooshed him at comet speed across the night sky to the Heavenly Kingdom, with the Thompsons’ kitty’s soul safely buttoned up in his pocket and their Bull Terrier still attached to his robe.

The long unexplained wait on the searing tarmac and a collective disbelief in the tiny plane’s capabilities were producing visible signs of tension, dark stains pooling in armpits and spreading inexorably outwards. The air felt heavy, sticky, threatening.

I heard a seatbelt snap undone behind me and moving crablike to the front, a fellow passenger eased his considerable bottom, mainly encased in American fatigue shorts, into the vacant pilot seat.

‘Don’t know about you guys – I’ve had enough of this goddam delay. Houston, we have a problem’.

Turning to grin at his fellow passengers, he fired the engine into a throaty roar. A propeller hesitated and then stuttered into action.  He pulled a badged cap from under the pilot’s seat, squashed it at a jaunty angle over a greasy ponytail and began to slowly taxi down the runway.

A leaden silence descended, punctuated only by the nun next to me, muffled in black, mechanically clicking rosary beads with one hand and crossing herself with the other. A hidden chicken cackled panic from a basket below a dusty seat; a young woman sighed and drew her baby closer into her sarong as we all prepared to die.

The only person who looked unperturbed, even gleeful, was the man squatting in the co-pilot seat.  He turned to us and nodded.

‘Yep, works every time.  Vietnam brought out the sick joke in all of us. Let me introduce you to Captain Jack, co-owner and first pilot of Maluku Airways.’

Dawn was edging its way through the darkness as we arrived at Rhodes Memorial.  A gentle wind in the pine trees whispered a welcome. Next to me, Wilber sat, tense, alert and silent.  The sun edged its way around the Hottentots Holland Mountains. “Come Wilber, it’s time to go,” I said, and helped him out of the car. He gripped my arm tightly as we made our way to the building with its grand Roman columns

We perched ourselves on a cement lion and drank in the breathtaking view. The sunlight playing on the waves made the distant sea sparkle.  The city was still hazy with sleep. The streetlights dimmed as the sunlight took over. Wilber turned his head slowly, taking in the splendour. He hitched his shoulders nervously and shifted his weight from foot to foot. I put my hand on his chest to steady him; his heart was racing with fright beneath my fingers.  I bent my head close to his and felt the heat of his fear in my face.

“I know you can do it,” I whispered. He stared at me, his dark eyes filled with apprehension. I swallowed hard, “Go for it my special one,” He hesitated for a second, a quick intake of breath, then in less than a minute was just a dot against a pale blue sky.  Taking my aching heart with him.

I’ll never forget him, my hand-reared goshawk, but for how long will he remember me? 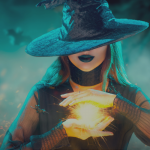 Hocus Pocus: Win a voucher to our courses with our December/January Flash Fiction ChallengeWriting Challenge 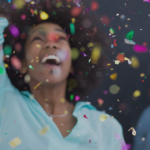 A season of goodwill, goodies and giftsNewsletters