Some years ago, on our creative writing course, one of our students told us of her dream: to write a novel about the relations between men and women in 13th Century Yemen. We were, naturally, startled at this ambition, but impressed that someone should choose to tackle such a demanding subject.

When, we asked her, was she planning to make the research pilgrimage to Yemen?

“Oh, no,” she exclaimed, “I couldn’t possibly go there.” She explained that what she’d read about Yemen profoundly upset her, and that she’d have to restrict her research to what she could pick up in libraries and on the internet.

While of course some research can be conducted online, and many facts gleaned from books, the need to do real field research can never be completely ignored. This isn’t as obvious a point as it seems.

Imagine that your protagonist possesses insights and skills that, poor mortal that you are, you don’t share. In addition, let’s say she lived three or four hundred years ago, not in the Yemen, but in rural England. Let’s be more specific: those skills that she possesses includes the art of falconry.

You want to write a scene in which your protagonist goes hunting with her kestrel. Do you think you could squeeze Wikipedia for enough information to enable you to recreate the experience of a kestrel lighting on your gloved hand? Really?

Well, Maggie O’Farrell did while she was writing the award-winning Hamnet. Her character, the mother of Shakespeare’s son Hamnet, tended a medicinal physic garden (as many women of the time did) and she flew a kestrel. So O’Farrell wrote the scene which ends with the bird “thudding” back onto Agnes’s glove.

But she wasn’t happy with the scene. Although she’d researched the subject, she didn’t believe that she’d caught the essence of the experience.

So this is what she did:

“I went to meet a falconer in the Scottish borders,” she said, during her session at the Cambridge Literary Festival. She flew a number of different birds, but the one she most enjoyed was the kestrel. “Obviously, being such fantastic predators, they arrive completely silently and imperceptibly. They’re on your glove without you even noticing, and they’ve already eaten the dead chick you’re holding before you’ve even realised… So I had to go back and rewrite the scene completely.”

Field research is like that. It gives you specific and irreducible sensation. It delivers a synaesthetic, multi-dimensional experience that no amount of reading can yield.

And, most of all, again as O’Farrell observed, it gives you the confidence to be able to write scenes that, while they’re the products of your imagination, are clothed in the details that can only accrue from felt experience.

Which explains why she spent days in Shakespeare’s house in Stratford, making notes, quizzing the guide, imagining herself in her characters’ shoes…

But of course you don’t use all of the information you’ve picked up. O’Farrell suggested that you’ll edit out 90 per cent of your research “because you don’t want your novel to read like a PhD thesis.”

So if you want to write a story set in an exotic location or a different era, with characters who have mastered skills that you’ve only read about, then set aside time for journeys both in space and in time – and prepare to sign up for courses in anything from animal husbandry to bookbinding, or from falconry to herbology. 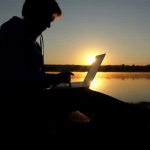 What’s on in May: Humour writing workshop, a free webinar, and more!All About Writing, How to write a book, Webinars, What's On In, Workshops 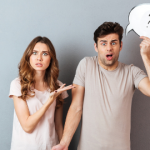 Creative Writing Workshop: What do they do while your characters talk, and why does it matter?How to write a book, Invitations, Workshops
Loading Comments...