By Richard Beynon
Posted May 17, 2021
In How to write a book, Monday Motivation, Richard Beynon's blog
Monday Writing Motivation: The three bronze rules of writing funny2021-05-172021-05-15https://allaboutwritingcourses.com/wp-content/uploads/2016/12/final_logo_small.pngAll About Writing Courseshttps://allaboutwritingcourses.com/wp-content/uploads/2020/02/2020-banners-2-19.png200px200px
0 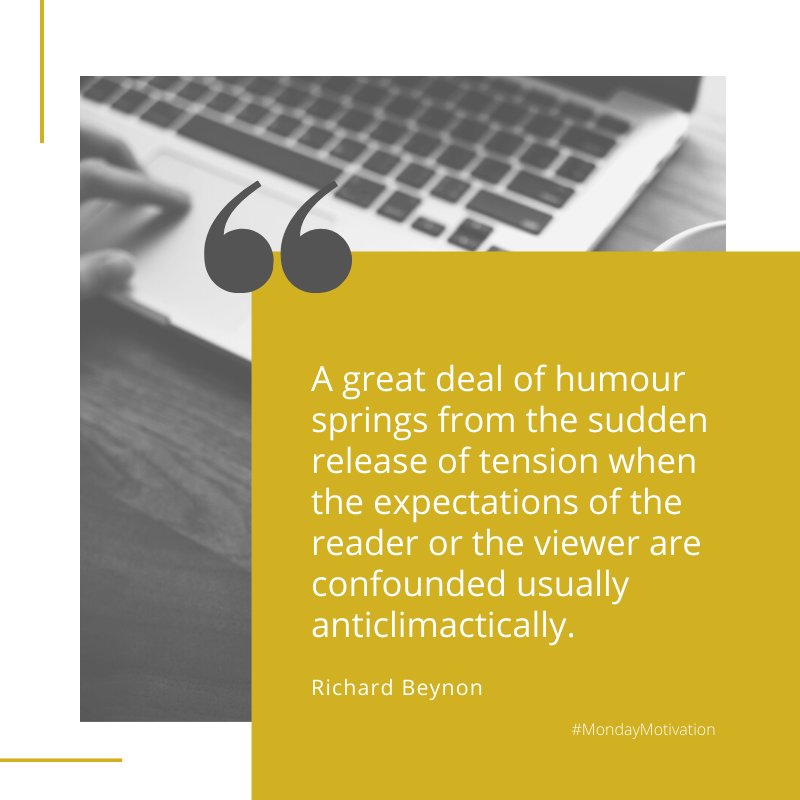 Recently, preparing for a webinar on the role of humour in stories, I totted up the number of television comedies I’ve written. It comes to somewhere in the region of 145. You’d think, therefore, that I knew the secrets of comic writing, wouldn’t you? And yet, if you asked me to write my 146th script, I’d probably be just as uncertain as I was when I was challenged to write my first, full of trepidation that I wouldn’t be able to pull it off.

At one point in my career, when I was in the middle of writing a series of comedies that eventually numbered 79, the producer returned a script to me with the curt instruction to “Make it funnier”.

I had no idea how to do that.

Am I saying that writing comedies remains a complete mystery to me? Actually, no. I think I’ve learned a few things – three of which I’ll explore in a moment just in case you’re eager (as you should be, he said sternly) to add some lightness to your work in progress.

But there is an essential mystery not to what makes people laugh, but how to go about stringing a few words together that trigger that reaction.

But here are three golden rules… Well, no, let’s not call them golden. Something less hubristic will serve better, I think. Three bronze rules, shall we say.

Rule One: Don’t signal the fact that you’re trying to be funny. That’s a little like saying, “Hey, I heard this fantastic joke. You’re going to kill yourself laughing! Now, how does it go?” Build up the expectations of your reader and you can only come a little short.

So if one of your characters says something funny, let him do so without a nudge-nudge, wink-wink. Let him be deadpan.

Rule Two: A great deal of humour springs from the sudden release of tension when the expectations of the reader or the viewer are confounded usually anticlimactically. Think of a film of a man walking along the pavement. We see ahead of him a banana skin. Aha, we think, this is a man-slips-on-banana-skin joke. But then the man spots the banana skin. He carefully steps over it – and falls into the open manhole he’d not noticed. Laughter ensues.

So, many a funny sequence begins with the writer carefully manipulating his reader’s expectations, and then upsetting them with an unexpected surprise.

On our webinar, I described a story that a character told in one of the books by Peter de Vries, an excellent comic writer of the last century. His character, a young man who’d grown up poor, is courting a rich girl. On his first visit to meet her parents, he tells this story:

“When I was a boy,” he says, “I enjoyed fishing in a creek near our house – but I couldn’t afford a rod or reel, let alone elaborate lures and floats. I fashioned a rod out of a willow wand and used string and a bent pin as a hook.

“I was fishing in the creek one day when a fellow settled down not far from me. He had the most expensive gear you could imagine: a couple of rods, lures of every description, and the fanciest reel I’d ever seen.

“And do you know what,” he tells his prospective parents-in-law, “that that fellow, with all his expensive gear…” He pauses. “… caught ten times more fish than I did.”

Rule Three: Exaggerate as much as you like, to the point of absurdity, but always keep one foot in the real world. Satire works like this, I suppose, and at its best it can excoriate its targets – but at the heart of all satire is a strong pulse of reality.

That’s it folks, the fruits of thirty years as a writer of comedy.

P.S. On our next free webinar, we’ll be talking all things memoir with author Joanne Hichens 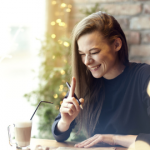 Free Webinar: How to add humour to your toolkit of writing skillsCreative Writing Courses, Free content, How to write a book, Invitations, Webinars 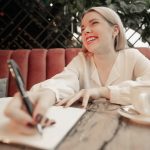 May newsletter: Let’s hear it for our communityAll About Writing, How to write a book, Newsletters