Unmotivated action is unbelievable and erodes the relationship between writer and reader. If, as a reader, you don’t believe that a character is capable of a given act, then you might as well toss the book aside and look for something you can believe in.

This goes for minor acts both of commission and omission – as well as larger, character-defining choices.

Take Edith Cottle, for instance. She’s a character you’ve developed for the novel you’re currently writing. She is a woman of a certain age, precise and controlled. She chooses her words deliberately and carefully. She navigates her way through life with conscious calculation.

But then, because you’re god, and she’s your puppet, you decide to have her act out of character. Witnessing a brash stranger push into a queue in front of her, she calls him out for his transgression, swearing at him and making a spectacle of herself in the process.

Is this believable? If no motivation is offered, I would say it’s not. But if the writer has carefully dropped clues through the narrative – perhaps your character was bullied at school, perhaps we’ve seen her nearly crack under pressure in a previous scene, and perhaps the brash stranger reminds her forcibly of a hated cousin – then we’ll buy her action.

But how do you motivate a choice that is so out of character, so divorced from the values and the habits of your character, that it seems impossible to make your reader believe that he’d do what your story needs him to do?

This was the dilemma facing Patricia Highsmith in one of her Ripley novels, Ripley’s Game. The challenge was this: Ripley, who in the previous two novels in the series has been established as an amoral psychopath willing to do anything to achieve his ends, decides to manipulate a man he knows vaguely into committing murder. The man in question is married, has a child of five or six, works as a picture framer in Fontainebleau. He has never committed a crime of any description. He is mild-mannered to a fault.

Under what conditions do we believe that such a character could be persuaded to choose to murder someone?

Well, I’m not going to give Ripley’s game away. I’ll say, though, that Highsmith goes about this apparently impossible task slowly and methodically. It takes her a good quarter of the novel to create the slippery slope down which her character slowly, incrementally, descends.

I asked myself when Ripley first devised his game whether I believed Highsmith could pull this feat off. I doubted it.

But by Page 75 or so, I’d revised my opinion. And regarded with some awe the painstaking work Highsmith had done preparing us for the character’s critical decision.

Slow and steady and I believe you could persuade us that characters are capable of making even the most unlikely choices. 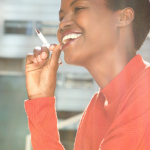 Use our 20% discount to start writing your book or screenplayHow to write a book, Promotions 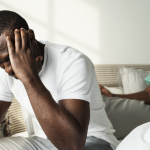 Win a voucher to any of our courses with our June/July Flash Fiction ChallengeHow to write a book, Writing Challenge