By All About Writing
Posted September 15, 2021
In How to write a book, Writing Challenge
Winners of the June/July Flash Fiction Writing Challenge2021-09-152021-09-15https://allaboutwritingcourses.com/wp-content/uploads/2016/12/final_logo_small.pngAll About Writing Courseshttps://allaboutwritingcourses.com/wp-content/uploads/2021/09/2021-challenges.png200px200px
0

We devised a challenging scenario for you. Your perspective character finds out something cataclysmic about their partner or their child. How they react, what they let their partner see, tells us a great deal about their personality – and suggests the direction the story will take.

So at once we imagined that the “cataclysmic” discovery should be subtly, obliquely communicated – and indeed, the winning entry, by  Patricia Groenewald, did just that.

By the end of it we don’t even know that the discovery was, just that it is shocking and the cause for deep shame. The vagueness of the issue is precisely what makes the piece so powerful. Congratulations, Patricia!

Our first runner up, Mitzi Bunce van Rooyen, chose a very different route. Its strength rests on the dramatic irony of the situation – and the naughty opening sentence.

Colleen Saunder’s submission is dark and comedic. Its power rests in the sly way in which she reveals her protagonist’s secret.

And finally, Eileen Reynold’s also doesn’t specify the crime – but leaves us with a very good idea of what the punishment will be.

Congratulations to all of you – and thanks to the many others who submitted their work. You are, of course, all winners because every time you rise to a writing challenge you are honing your craft!

Patricia wins a literary assessment on 5000 words of writing worth R2750 / £150 or a voucher to the same value to use on one of our courses or programmes.

Read the winning entries below, and check out our August September challenge – currently open for entries!  Deadline 30 September.

“We’ve all played those games,” he laughed.

She laughed too. She was good at laughing. At hiding things. Like revulsion.

The others around the table were silent. Ben laughed. It was a bit too high.

Tim looked him in the eye, “I have never, and would never.”

Mary touched him on the arm. They could all see the change in Tom’s face. His quick temper was notorious.

Wendy wondered if they would be invited back. She wondered if she could ever look them in the eye again. She put her hand on Tom’s back and rubbed gently.

“But…” One look at his face and she dared say no more.

As they walked to the car, she heard him mutter, “Judgmental sons of…” which faded away as he turned to her, “You agree with me, right? Everyone’s played those games, right?” His voice had become pleading with the last question.

She made herself look into his face. “I…I need to…Can we talk about this at home?” She wanted to run. She didn’t want to be alone with him.

“Please,” he whispered, suddenly looking more afraid than she had ever seen him, “Everyone does it.”

‘I press Mrs. Ingles pink panties to my nose and give them a long sniff. It’s been a blisteringly hot June – that tempting time of year when bodies surrender their secret scents.’

Linda shuts her husband’s diary. She’s a sudden urge for a strong cup of tea.

At precisely 6pm Barry strides through the door and pecks his wife on the cheek. “Hello love, what’s for supper?”

Linda rinses her cup. “I thought fish and chips would be nice.”

“Ooh, I’d love me a bit of fish and chips.” Barry grabs a beer; bows theatrically.

Linda’s lips quiver into a smile. “How was it amongst the ghastly garments?”

“Same old, same old. I’d no idea people were so filthy until I started down the Wishy Washy. Smears, stains, smells. You name it.” Barry jabs a thick thumb at his chest. “I’ve seen it.”

Linda batters the fish; one eye on her husband. “I’m sure some smells are worse than others?”

“Mostly they’re bloody awful… but I suppose it’s not all bad.” Barry shifts in his seat. “Mrs. Ingles popped in today. She said to say: ‘Hello, and thank you for the peaches’.”

“Looked like she’d been crying”, Barry continues, crossly. “Her husband’s still carrying on with that adulterous, Dolores.”

Linda places the fish in the pan. “Yes well, that’s unfortunate. However, I’ve always thought it prudent to keep my nose well clear of other people’s dirty laundry. Don’t you agree, dear?”

Pine Grove would be heaven if it weren’t for the nightmares.

In one she’d be in the car with Tony, except she’d be driving. And when the moment came to jump, her seatbelt wouldn’t unbuckle. She’d shield her face and Tony’s screams would slam her from sleep.

In another she’d be trapped in the fire and when she reached the back door it would be locked. She’d stagger from room to room, finding all the windows barred until she’d wake coughing and choking on the smell of Neville’s cologne.

But now, finally rid of her father, Daphne could breathe again. She couldn’t believe how one man could take on so many different forms; Tony, whom she’d trusted so deeply, then Derrick – achingly handsome. Trevor was clear from the start. He was easy. But Neville had been her heart’s breath. That deception was the hardest, baby Noah its only redemption.

It was that wink that gave them each away. They’d be gazing at her and then – the wink. And she’d know. And then they’d have to go.

Now it was Just her and Noah; her morning sun, her new sky.

But something was wrong. Noah had become niggly, wriggly. He’d scratch her face when she cuddled him. His suckling that had brought such comfort was beginning to hurt as he bit hard into her nipples.

Then this morning, just after she’d dressed him and put him into his stroller for a walk round the grounds, gazing at her, he winked.

I hear his car pull up to the house, and I can feel the tears rushing me. My heart is racing, my hands shaking, I don’t have much time to pull myself together. Swallowing my emotions, I make my way over to the counter where I’d been busy prepping dinner just 10 minutes earlier when the phone rang and the world as I know it turned to dust.

Picking up the knife, I continue chopping. I must look busy when he comes through the door in a few moments. What exactly did I just hear? I need some time to process this. I just need time to think. “Hi, beautiful,” he called out as he dropped his laptop bag in its usual spot behind the door.

I take a deep breath and respond with the usual, “Hey, my love, how was your day?”
He wrapped his arm around my waist, and placed a light kiss on my neck. “Busy, how about you?”

My skin begins to crawl, but I must stay calm. I reply with a gentle, “Likewise,” as he releases me and makes his way to the fridge for his nightly beer. I hate you! You liar! You cheat! He takes a large gulp, wipes his face, and tells me he’s hitting the shower.

The chopping continues until I hear the water running. Now is the time to act, I have to know for sure, so I hurry to the door and launch myself at his laptop bag. 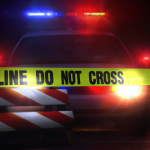 Join us for a Crime Writing Workshop with Joanne Hichens and Michéle RoweHow to write a book, Newsletters, Workshops