Winners of the December/January Writing Challenge

By All About Writing
Posted March 10, 2022
In How to write a book, Writing Challenge
Winners of the December/January Writing Challenge2022-03-102022-03-10https://allaboutwritingcourses.com/wp-content/uploads/2016/12/final_logo_small.pngAll About Writing Courseshttps://allaboutwritingcourses.com/wp-content/uploads/2022/03/winners-blue.png200px200px
0

We had a flood of entries for our December/January writing challenge where we asked you to write a child-centred scene in which two older kids are playing with their infant sibling. What we wanted were clues about the relationship between the three characters – without any explanation.

It’s not easy writing from the perspective of young children, and yet every one of the winning entries managed it expertly.

First among equals was the entry from Clare Manicom. Hers is a very chilling portrait of two gun-totin’, murderous siblings. and we’re delighted to award you your choice of a literary assessment of 5000 words worth R2750/£150 or a voucher to the same value to use on one of our courses or programmes.

Moving on. Congrats to Mitzi Bunce-van Rooyen for her scene that deftly establishes two entirely different personalities in the older siblings, and demonstrates how, over the years, those are likely to play out in their relationship with their younger brother. Heather Joyce, by contrast, takes her place on the podium for her depiction of children who still have a lot to learn about empathy and compassion (to put it mildly!)

In complete contrast, but just as interesting, was the entry from Shameez Patel Papathanasiou – and finally, there’s a subtle portrait by Lois Hooge of a little boy who might one day find himself either as the chairman of the board – or in a psycho ward.

Congratulations to you all for some fine writing! And do keep sending your entries in for our February/March writing challenge – one of the best ways to sharpen your writing skills is by entering competitions like ours.

I pushed the cowboy hat onto Beth’s head.  She couldn’t see me stick out my tongue at her.  Jason kept on holding her and laughed.

“Now you’re part of my posse. But you’re too little to have a gun.”  Her baby hands tried to pull the hat off and she cried.  “If Beth is so special, why does she cry so much?” Jason would know, he knows everything.

“Dunno.  Dad says it’s a girl thing.” He filled his water pistol.  “Must be catchy cos Mum’s been crying lots too.”

“Is that why he left?” My plastic gun was shiny silver.  “I wish this was real.  I wish Dad had left his gun behind.”

“Me too.” Jason got a quick shot at me.  He slipped getting out of the bath, which made Beth slide down. They both ended up splashing me.  I had soap in my eyes and had to close one to aim for Jason’s chest.

“Didn’t.  Wanted a kill shot to your heart.” I spun the pistol in my hand like in the movies.  “You’re killed Jason. Lie down.”

“Not dead yet,” he squirted me on the bum as I tried to get out of the deep bath. Then he pretended to die with loud moaning noises.

I bent to refill my pistol and fetch my hat from the bath.  “See how quiet Beth is now, she likes being in the bath on her own.” Jason smiled at me.

Jenson crosses his arms, swings his body left and right. “He doesn’t do much.”

“Well, he’s not supposed to. I’m sure you didn’t do much when you were a baby.”

Jenson shakes his head violently. “That’s not true. Daddy said I was always doing something interesting.”

She pulls the green blanket tight around Jack and kisses his chubby cheek. “Daddy always says things like that. It’s to make you feel better.”

Jenson looks unconvinced. He eyes Jack. “He has a very, very big head. Do you think he’s going to be smarter…I mean…smarter than us?”

Juno measures his head with her tiny hands. “It’s really big but he’s still so, so sweet. I don’t care if he’s smarter.”

He ponders this as he pokes Jack’s round, baby belly. “His abs are soft.” Jenson pokes at his own belly. “Not like mine. Mine are rock-hard.”

“Jack can’t walk yet. Your abs are strong from dance class.” She plays with Jack’s fingers.  “Hey, maybe you can teach him a few moves when he’s older?”

Jenson rocks a moonwalk. “Yeah, that’d be neat.” He picks Jack up and holds him aloft. “We’ll be the Breakdancing Bros of Joburg.”

Jenson laughs. “He farts and hocks a loogie like me!”

Juno jumps off the bed and shrugs. “I told you he was cool.”

– Mummy says she wants to poo-in-peace-for-chrissakes

– She’s even locked the door.

I sit down by Millie. Her head wobbles from the rocking and her face is like a squashed up mouldy tomato. Except tomatoes don’t scream.

– You do it then. My foot is KILLING me.

He hops round the room yelling kill kill kill and firing a finger gun at Millie. I put my foot on the edge of the car seat and I do weedy-weedy-weeeee like Mummy does. The screaming goes all broken and juddery but it’s even worse that way.

So I stick my face right up at her face and I yell SHUTUPSHUTUPSHUT-UUUUUUP.

– We could swing the seat, Oliver shouts. Like Daddy does, by the handle.

We get either side and do 1-2-3 up and it’s really heavy but we get it off the floor and it swings quite nicely. Millie stops like a tap turned off. She looks at us and sniffs a bit and then giggles and then laughs. We swing her higher. Then she sort of swings out on to the floor.

It’s so quiet that we can hear the toilet flushing.

“If the tower topples, he’s going to cry,” my sister says, sitting cross-legged next to us. She doesn’t really like playing with blocks but she likes watching and sorting them out by colour.

“Oh, don’t lick it! Blocks aren’t food,” I say as he tries to bite my blocks. But it’s okay. He doesn’t have any teeth anyway.

“Mummy says his gums get itchy and biting on things makes it feel better,” my sister says, offering him another giant block to chew on.

I reach out to take the wet, slimy block he’s dropped. Ew. “Do you want me to show you how it works?” I ask and he just looks up at me without saying anything. “I know how to build the biggest tower.” I jump up to my feet and lift my hand all the way into the sky. “I can build a tower up to here.” He would never be able to do it. He’s way too little.

I think he’s nodding at me.

But I’m going to build it anyway and I just know that he’ll like it.

“Will too! See, her face is getting all red and splotchy. Any minute now, she’s going to cry her head off. Mom will be really cross.”

Herman was holding Suzanna, his tiny red-haired baby sister, tightly. His chubby, freckled arms were wrapped around her like a thick rubber band, and he was squeezing excitedly.

“Whaaa,” cried Suzanna. Her face was getting redder, and Emily saw the frightened, panicky look in her sister’s eyes.

Suzanna was squirming wildly, her frantic crying piercing the air like a jackhammer.

Herman only laughed and bounced Suzanna up and down, his arms rigid and tight.

“She’s having fun, aren’t you little Suzy?” Herman cried over the screaming.

“That’s it. I’m getting Mom,” Emily said, running out of the room. She knew her mother was outside gardening.

Emily ran up the basement stairs and ran to the garden where her mother was crouched over a row of petunia flowers, her trowel making little mounds where she was digging.  Her face was damp, and a tendril of auburn hair escaped from the red scarf tied around it.

“What? There’s Herman now with little Suzy. She looks fine.”

Emily turned and saw her brother holding her baby sister.  Suzanna was smiling and cooing at him delightedly. Herman gazed at Emily, his dark brown eyes almost turning a flinty black as he stroked the baby’s hair. 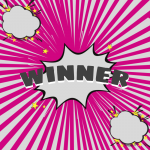 And now (belatedly) the winners of the October/November flash fiction challengeHow to write a book, Writing Challenge 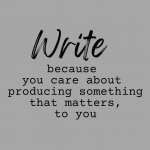 Writing advice, successes and winners, a Writing Safari and Venice RetreatAll About Writing, How to write a book, Newsletters
Loading Comments...