Monday Motivation: Ha, ha, the joke’s on us 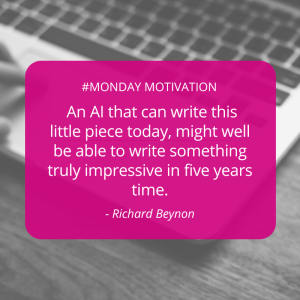 What does it do, and why does it threaten us?

It writes. Anything you tell it to write. I’m going to reprint here one of its compositions, and then consider the implications of its abilities.

ChatGPT was asked to write a biblical verse in the style of the King James Bible explaining how to remove a peanut butter sandwich from a VCR. Here’s what, a split second later, the AI came up with:

And it came to pass that a man was troubled by a peanut butter sandwich, for it had been placed within his VCR, and he knew not how to remove it.

And he cried out to the Lord, saying, “Oh, Lord, how can I remove this sandwich from my VCR, for it is stuck fast and will not budge.”

And the Lord spoke unto him, saying, “Fear not, my child, for I shall guide thy hand and show thee the way. Take thy butter knife, and carefully insert it between the sandwich and the VCR, and gently pry them apart. And with patience and perseverance, the sandwich shall be removed, and thy VCR shall be saved.”

And the man did as the Lord commanded, and lo and behold, the sandwich was removed from the VCR, and the man was saved.

And the Lord said, “Verily I say unto thee, seek not to put thy peanut butter sandwiches in the VCR, for it is not a suitable place for such things. Rather, keep thy sandwiches in thy refrigerator or on thy plate, where they belong.”

And the man heeded the Lord’s words, and from that day forth, he kept his sandwiches in their proper place, and was saved from trouble and woe.

Now this is deeply worrying. If the prompt had been a flash fiction writing challenge, I have little doubt that this submission would have taken the laurels.

An AI that can write this little piece today, might well be able to write something truly impressive in five years time.

And in ten years? Will it be possible for a “writer” to compose a series of prompts and ask her friendly AI to write a novel in the style of Tolstoy, or Martin Amis, or Doris Lessing? Or, less ambitiously, a series of dinky cosy crime mysteries?

“But you’ll still have to do the truly creative work and invent the prompts,” I can hear someone say. “There are some creative acts that are essentially human. Take humour, for instance. Computers will never get humour. Teach an AI to be funny? Don’t make me laugh.”

For these sceptics, here’s a joke that ChatGPT wrote in response to the prompt: Write me a joke about Bill Gates, Steve Jobs and Elon Musk who walk into a bar. Each one has a distinct role to play in the joke:

Bill Gates, Steve Jobs and Elon Musk walk into a bar. Bill Gates orders a beer, Steve Jobs orders a martini, and Elon Musk orders a shot of tequila. The bartender looks at them and says, “Wow, a billionaire, a genius and a madman all in one place. This must be some kind of joke.”

Well, folks, I think the joke’s on us. 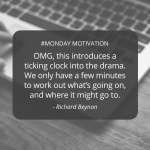 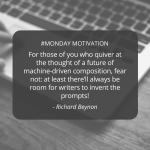