Monday Motivation: The verdict’s out of your hands

There are (at least) two rewards to be gleaned from writing.

One, there is the sheer joy of it. At times, of course, it doesn’t feel joyful. It can feel like hell on steroids: the right word eludes you, the rhythm of the words is out, there’s a mismatch between the feeling you’re trying to communicate and the sentences you bash out on your keyboard.

But these times pass. That terrible day you had yesterday? Well, today you open the file with a sense of dread, and look at the dreck you wrote yesterday and discover, to your utter astonishment, that it’s not nearly as bad as you thought it was. In fact… in fact it’s actually quite… good.

And that’s when the intellectual and emotional equivalent of endorphins kick in.

And then there’s the high we’ve all experienced when the words flow, capturing every nuance, every subtlety. Scenes unfold as if we’re taking dictation from some god on Mount Parnassus. Characters speak in their own distinctive voices.

The more we write, the more we experience that bliss. It’s the opposite of drug addiction. There, you need more and more of the drug to get the same high. Here, the more we practice, the easier it is to slip into the zone…

So, writers, generally, wax lyrical about the writing process. A few of us suppose that the exhilaration we experience is proof of the excellence of our writing.

But I have a very sad truth to tell you now. And that is that there’s no relationship between the degree of delight we experience while writing, and the quality of that writing.

Let me quote a remark that Hilary Mantel made in one of her Reith Lectures,  currently being broadcast by the BBC:

“… (I)t’s a sad fact that bad art and good art feel remarkably the same, while they’re in process.”

So what about the second great reward to be got from writing?

Well, that’s the pride we feel when we weigh in our hands the fruit of our labour: the book that a publisher has had printed of our work, the screenplay that a producer agrees to shoot. The positive reviews of that book or film that appear in the marketplace. The admiration of our peers, and the adulation of our fans. The awards that the work attracts.

The satisfaction we gain from writing lies within our control. The admiration of others is not. But there is, naturally, a relationship between these two. As Mantel went on to say in that Reith lecture, “As you work you have to exercise self-scrutiny and fine discrimination…” In short, you have to do the very best job of which you’re capable. But then she notes, with an invisible shrug, that “in the end, the verdict is out of your hands.”

While you’re writing, all you can do is the best you can do. That will give you a great deal of satisfaction. That will earn you joy.

If the verdict of agents, publishers, readers or audiences goes your way, then you’ll experience a second wave of happiness. But that verdict is outside your control.

That first rush, though, the thrill of uninhibited composition – that’s yours and yours alone. 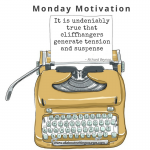 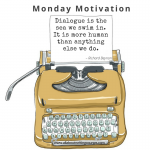