Monday Motivation: Why dialogue is the most fun to write 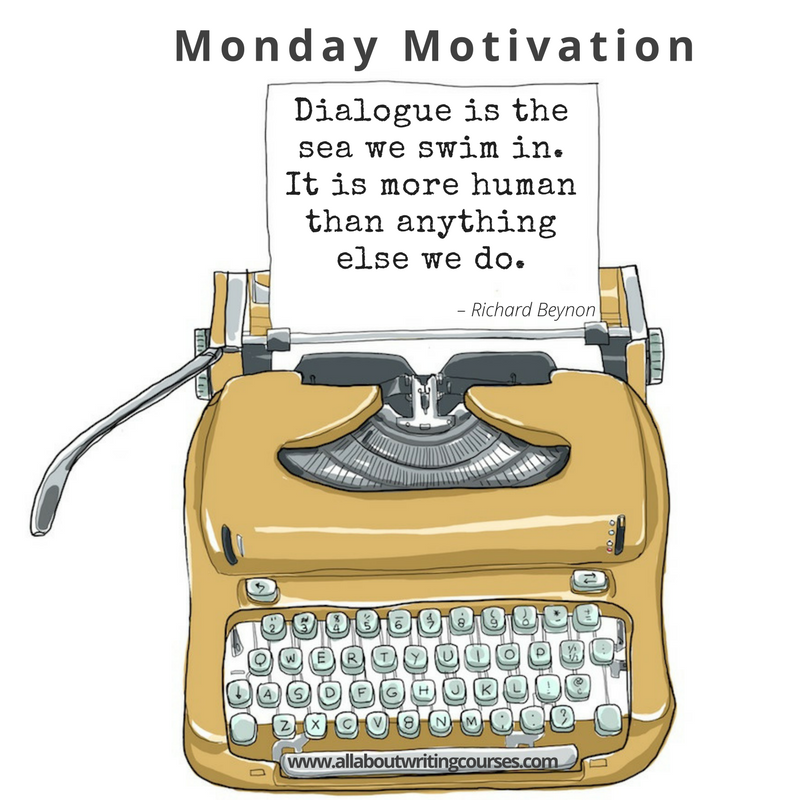 One of the great mysteries, I’ve always thought, is aspirant writers who say that they find writing dialogue difficult. These are, on occasion, highly literate, highly articulate people, raconteurs capable of keeping a dinner party entertained for minutes on end, inserting sparkling bits of repartee, witty come-backs, and sometimes excruciatingly funny observations into the swiftly flowing current of conversation.

But, they say, they can’t write dialogue. I don’t get it.

Dialogue, as I noted recently to one of our students, is the sea we swim in. It is more human than anything else we do.

For several hundred thousand years, so far as paleontological  anatomists can tell, our speech centre has been evolving. Situated, Mr G tells me, in Broca’s area, a region in the frontal lobe of the dominant hemisphere of the brain – usually the left – it is linked to functions related to speech production.

I would have thought that all you have to do to write dialogue is open your mouth and listen to what tumbles out.

I recently read an interview in The Guardian with Sally Rooney, a young author who has just burst onto the literary firmament with her unassuming but extremely clever Conversations with Friends.

“Dialogue,” Rooney says, “is the most fun to write. It’s kind of like a tennis match. Do the first one, “and then, ping, ping,” it has to go back and forth.

For those of us interested in writers’ idiosyncratic use of punctuation marks – think exclamation points! –  allow me to note that Rooney doesn’t use inverted commas to indicate dialogue. Here’s a little interchange between characters I’ve stolen from a short story she wrote called My Salary*:

He was reversing out of the parking space and onto the neat lit avenue leading to the exit. I pulled my feet up onto the passenger seat so that I could hug my knees against my chest uncomfortably.

Why? I said. Do you have news?

Yeah yeah, I have a girlfriend now.

I turned my head to face him extremely slowly, one degree after another, like I was a character in slow motion in a horror film.

Then I turned my face back to stare at the windshield. The red brake lights of the car in front surfaced through the ice like a memory.

OK, funny, I said. Your jokes are always very humorous.

I could have a girlfriend. Hypothetically.

But then what would we joke about together?

So the question is, why do some of us find it difficult to write it?

I suppose there must be something inhibiting the free-flow of dialogue. Perhaps a self-consciousness that might arise from the knowledge that these words you’re putting into someone else’s mouth are not theirs, but yours – and how weird is that?  A fear of committing something to the page that in real life is so ephemeral that it feels, at some subconscious level, like a mistake…

I think there are a number of cures for this affliction. The first is to take Sally Rooney’s advice. Serve the first volley. This could be something like: “I’m pregnant.” That comes at the other character in your scene at a hundred miles an hour. How does he respond? With a desperate lunge that manages somehow to hoik the ball back over the net: “You can’t be.” Well, now the server has a number of options. Sarcasm’s just one of them. Earnestness is another. Anger a third. “I bloody well am. I wouldn’t be announcing this if it weren’t true, would I? I’m not a sadist.”

Well, by now the choices are proliferating, like Hydra heads.

A second cure, although it’s a little dangerous, is also great fun: eavesdrop and transcribe a real conversation. Listen to how real people employ their speech centre to generate, effortlessly, conversations that can go on… and on… and on.

A third cure (if the first two haven’t helped) is to anesthetize your critical faculties, that inner judge who has a reproving finger up before you’ve committed even the first line to paper, and free-write a page of dialogue between two people with a beef. Forget about punctuation. Forget about logic. Just give your speech centre free rein to spout nonsense if necessary.

You’ll notice a small miracle taking place before you’ve got very far. Nonsense the first few lines might be, but then your inherent linguistic skills will take over and an unexpected conversation will take shape that’ll astonish you. 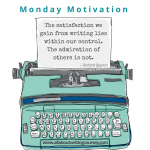 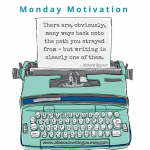